Despite what you may be thinking, what is regarded as football is in fact called soccer in Australia. For Australians, football is one of the most exciting sports in the country that has its very own league – Australian Football League (AFL). Also known as footy and Aussie Rules, here is everything you need to know about this popular sport.

AFL was influenced by a variety of well-known sports

Developed by three cricketers in the mid-19th century as a way to keep fit during the winter, AFL is influenced by early forms of soccer and rugby. However, it has also been suggested that footy was influenced by Marngrook, a traditional Aboriginal game that sees players kick a ball – made of animal skin that is stuffed with charcoal or feathers – high into the air. Having developed in Australia and becoming a nationally recognised sport played by two teams consisting of 22 players each (only 18 players are on the field at once), footy is now played by over 100,000 people across 80 countries including South Africa, the USA, Canada, Denmark and Sweden.

Players can only kick or hand-ball the ball, not throw it

Unlike in rugby where you can throw the ball to teammates, in footy, the oval ball must be punched or ‘hand-balled’. However, if their intended teammate is far enough away, the player can kick the ball to them; and should the target catch the ball, it’s called a mark. Similar to a penalty, this mark provides the team with a ‘free kick’. The objective of the game is to kick the ball between the goals on the opposite end of the field. Should you kick the ball between the two middle posts, that’s a goal earning six points; however, if your ball passes through one inner and one outer post (there are four in total), the team will only receive one point.

The Wooden Spoon is awarded to the losing team

Although everyone wants to win the premiership, there is an ‘imaginary’ award that goes to the team that finishes at the bottom of the ladder. This is determined by receiving the least amount of premiership points and holding the lowest percentage; however, no physical ‘Wooden Spoon’ award exists. In the history of the game, St Kilda has won 27 wooden spoons, which is the most of any existing AFL team, followed by North Melbourne, Melbourne and Hawthorn, whilst Port Adelaide and Adelaide have not received a Wooden Spoon… yet. 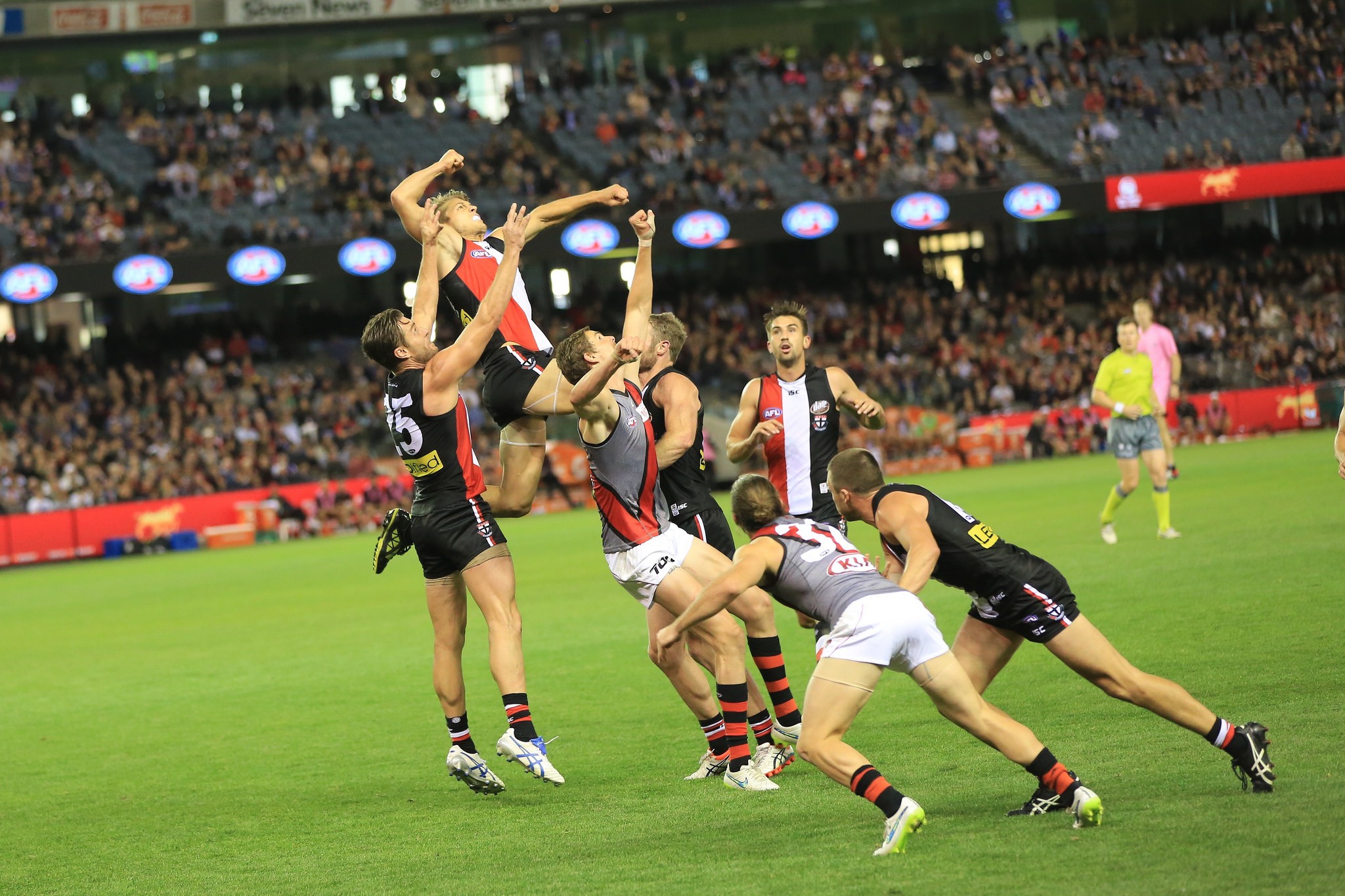 AFL games have commonly been stopped for different reasons

Whilst streaking has been a continuous occurrence since it was first seen in 1982 – when Helen D’Amico streaked wearing only a Carlton scarf during a Grand Final between Carlton and Richmond – there have been other reasons that games have been momentarily stopped. A favourite tale is the tale of a pig who was smuggled into the Sydney Cricket Ground (SCG) in 1993 and was released on the field. Pausing the game, the pig was caught by a Sydney Swans player after three minutes of running loose, after which the game continued.

Previously, games that fell on Anzac Day were banned, requiring an Act of Parliament for the game to go ahead. However, since the blockbuster match between two of the game’s most successful clubs – Essendon and Collingwood – occurred in 1995, drawing in one of the biggest crowds in the game’s history, the two clubs have played on the 25 April at the MCG every year. Becoming one of the most eagerly anticipated home and away games of the season, the match sees an average crowd of over 80,000 people in attendance, with millions watching live on TV.

Every year, the AFL committee dedicate one round – usually in the middle of the season – to celebrate the multicultural population within Australia, with 14 percent of all players in the game coming from culturally diverse backgrounds. Further supporting the Indigenous community, nine percent of AFL players are Indigenous Australians. Many of these players – including Andrew McLeod, Gavin Wanganeen, Graham Farmer, Michael Long and Nicky Winmar – have had a huge impact on the game and their communities, winning numerous medals, including Brownlow Medals, Norm Smith Medals and AFL Rising Star awards.

Only one game has ever been played across two different days

When the sport began, players would continue playing until one team scored two goals. In having no set playing time, one game in 1858 was reported to have occurred over three days; however, no further goals were scored, resulting in the game being drawn. Since the introduction of the set playing time – 80 minutes divided into four quarters – there has only ever been one game that lasted more than one day. In 1996, the lights in the stadium of a match between St Kilda and Essendon went out half way through the game, resulting in the rest of the match being played the following week. 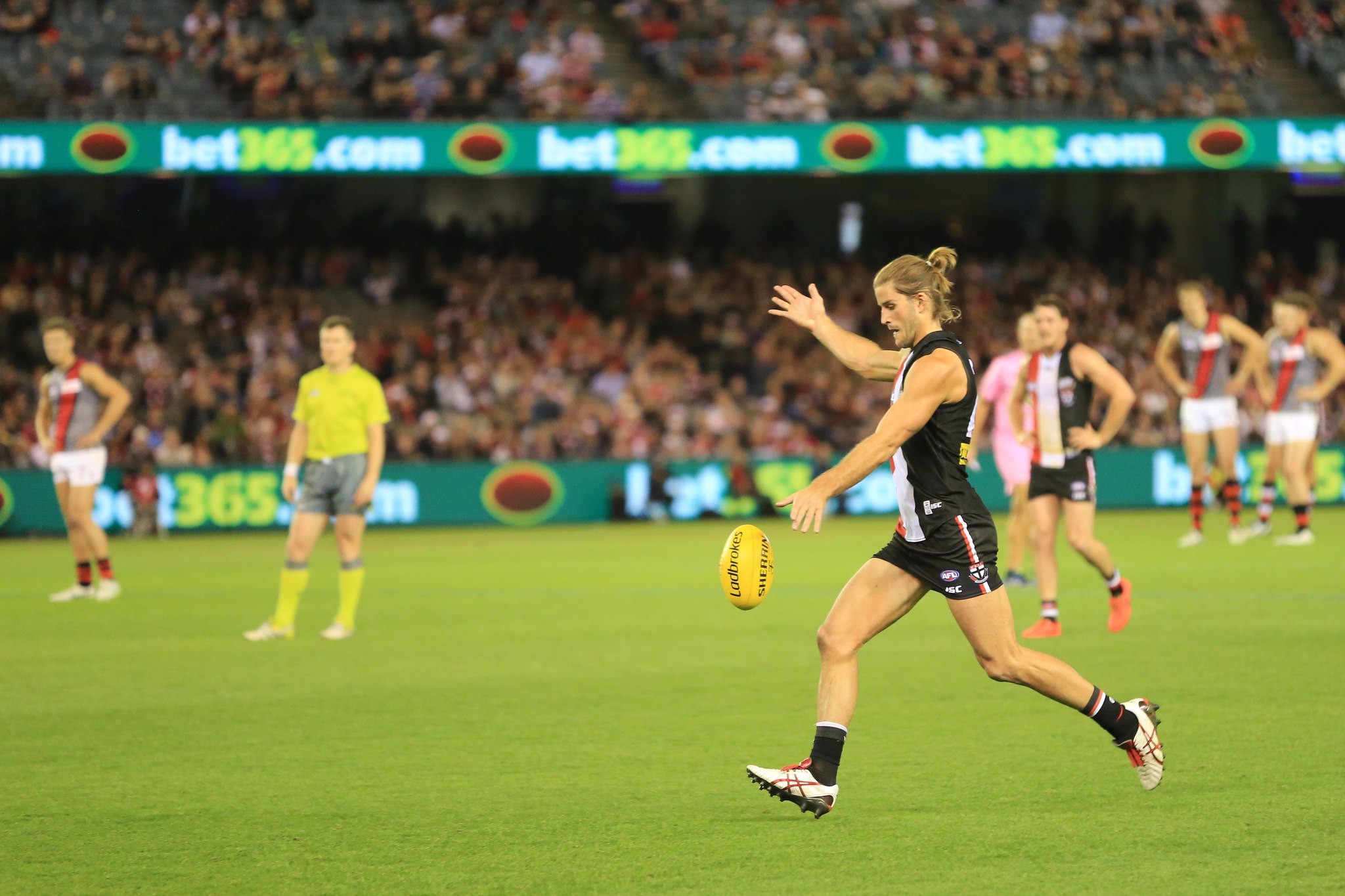 There was one year without TV coverage

Television coverage of this popular game began in 1957 when it was known as Victorian Football League (VFL). Although during this time, only the final quarter of the game was permitted to be televised. Despite only one quarter shown, several channels competed for the rights to broadcast different games; however, once the committee realised the televised broadcast was reducing the crowds, no coverage was allowed in 1960. For one whole year, you had to attend a game to watch it. Since then, the popularity has grown to be a part of the nation’s culture, and full games can be watched on TV.

Grand Final scores are more common than you think

There have been three winning grand final scores that have each been registered seven times in the game’s history – 68, 85, 89. Although these are most common, the highest score ever recorded was Carlton’s win against Richmond in the 1972 grand final, seeing the score stand at 177, whilst the lowest recorded winning score was by Richmond with 13, against Collingwood in 1927.

The longest ever suspension was 99 weeks

In 1910, two Carlton players – Doug Fraser and Alex Lang – were both found guilty of bribery, resulting in a suspension lasting 99 weeks each. This record suspension has not been witnessed since; however, North Melbourne player Fred Rutley was reported six times in one match against Geelong in 1925 – two kicking, three striking and one melee – resulting in an 89-week suspension.