Austria is a small country in Europe that Americans often confuse with Australia but the two couldn’t be more different. To get a sense of what makes Austria tick, we bring you the top 10 things you didn’t know about Austria.

10. Austrian vs the German Language

Not all German is the same. An Austrian German has a very distinct sound to it even when it is spoken in the official “Hochdeutschform”. Anyone with experience in the German language will instantly recognize in Austrian when they hear one. But it’s not just the pronunciation, it’s the grammar and vocabulary as well. Many words they’re called one thing in German are called an entirely different thing in Austrian German.

For example, the equivalent of a high school diploma in Germany is called “Abitur”. But in Austria, it is called “Matura”. The expression “Am Morgen” meaning in the morning is typically German. But in Austria, one says, “In Der Fruh”. In Germany, one says “Dieses Jahr” for this year but in Austria, one says “Heuer”. Which is a fusion of the words “Heute”, which means today, and “Jahr”, which means year? Even food items are different. “Kartoffel” is the German word for potato but in Austria, it is called “Eradapfel” or earth potato. There are many others like this so next time you’re in Vienna and some guy tells you “Schleich Di”. You’ll know exactly what’s up and by the way, it means piss off.

Germans and Austrians might speak a common language, well sort of anyway but that is about where the similarities end. Austrians and Germans have been historical rivals ever since the end of World W.a.r II. They have been culturally distinct for even longer, stretching back into the times of the Holy Roman Empire. In fact, Austrians have developed a term to describe Germans specifically German tourists, whom they call “Piefkes” who then speak “Piefkenesisch”. This derogatory term is used because Austrians view Germans as arrogant and demanding especially when they visit Austria. It’s likely that Austrians and Germans will never get along. At the end of the day, that’s what makes this relationship so special between the two countries. Because like a decades-old marriage, secretly Germans and Austrians probably love each other, they just never say it in public.

We’ve talked about the enormous burden of guilt many Germans feel regarding the events of World W.a.r II. Studying them nearly religiously and having it hammered into them from childhood on words and many Germans even 70 years onwards still feel a kind of collective guilt for the occurrences of World War II. Well, not so with the Austrians. Despite being fast allies of the Germans and Adolf Hitler, himself being Austrian. Austrians have never quite felt the same way as Germans do when it comes to World W.a.r II. In fact, in many Austrian’s eyes, Hitler may have well been honorary German whereas culpability might be over emphasized in Germany. In Austria, it could be the opposite and whether this comes down to the size of the country or more culturally related factors, Austria has definitely dealt with its past in a vastly different manner than Germany has.

One of the most marked differences between Germany and Austria is Austria’s longstanding conservative streak. Whereas Germany is one of the most liberal countries in the world and one that strives for multiculturalism and diversity. Austria has routinely rejected these tenants. In fact, when Chancellor Merkel famously made the statement “wir schaffen das”, which means we can do it. In response to accepting unprecedented amounts of refugees into Germany, Austrian politicians bristled at this. And to this day finds the prospect of virtually unlimited numbers of migrants from the third world to be utterly horrifying. For example, in a crackdown against migrants, Austria shut down its borders earlier this year in order to curtail the mass influx of r.e.f.u.g.e.e.s. Whom they regarded as potentially dangerous and disruptive to Austrian society.

Austrians are also far more religious than most Germans and distinctly and almost without exception Catholic. Whereas Germans tend to be irreligious and the country is split in the south between Catholicism and Protestantism in the north. This Catholic cultural background might be partly responsible for the differences. Additionally, Austria’s historically had to deal with more direct invasion in Germany has. Such as in the infamous battle of Vienna in 1683 when the combined forces of the Polish-Lithuanian Commonwealth and the Holy Roman Empire landed a crushing blow against the Ottoman forces besieging the city. It is history like this that makes Austrians naturally cautious and conservative when dealing with the outside world even today. 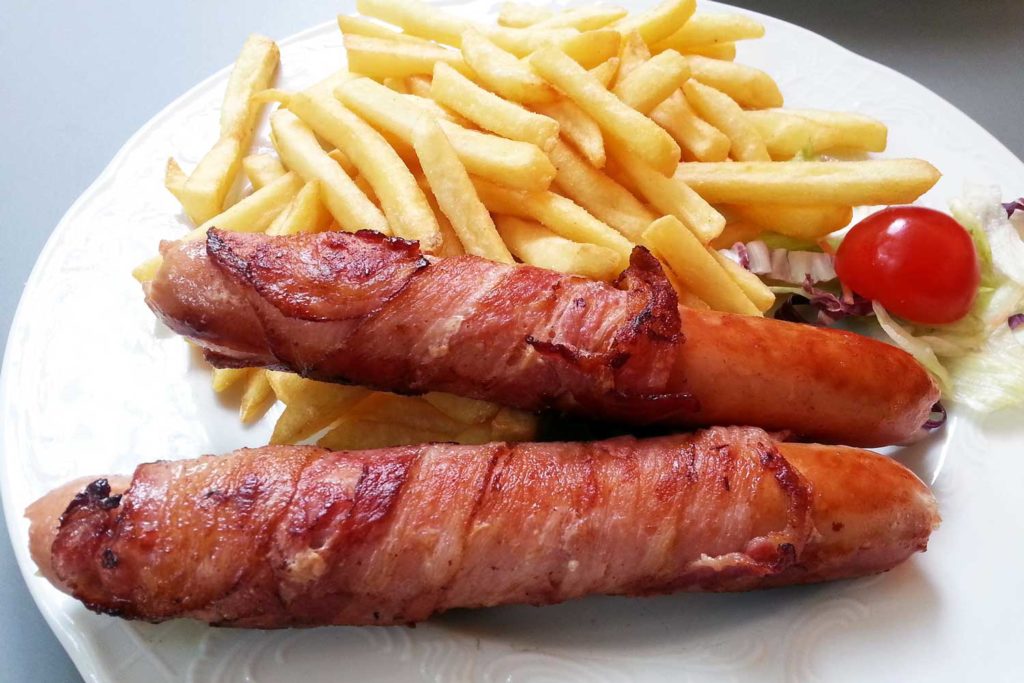 You might think that Austrian food and German food are the same, but you would be wrong. Although there are some similarities. Austrian food is in a class of its own. Almost everyone knows about Wiener Schnitzel which is a delicious cut of veal. It is most often pan-fried and breaded. Then there are Viennese specialties such as “Tafelspitz” which is boiled beef served with apple and horseradish sauce. “Apfelstrudel” which Americans copy in the word called apple strudel. This is, as most people know a sweet and delicious pastry often served with a scoop of ice cream and swimming in vanilla sauce. These are but a few of the delicacies that await the hungry person who finds himself in the great country of Austria.

Vienna is a wonder in its own right and a truly unique European city that distinguishes itself from the rest through its unique history and virtues. The capital of modern Austria, Vienna’s history goes back to 500 BC when the area that would later be called Vienna was occupied by Celtic tribes and in time grew into the city that we recognize today. Vienna really came into its own when in 1440 it became the residence of the Hapsburg dynasty and still later became one of the most fertile intellectual grounds in all of Europe in the 19th and early 20th centuries, giving birth to such luminaries as Sigmund Freud, Ludwig Wittgenstein and Gustav Mahler to name a few and even today you can sense the spirit of high culture in intellectualism in the streets in architecture. Vienna truly is a city like no other.

The Austro-Hungarian empire existed from 1867 to 1918. It was a brief but glorious time for Austria when it was born of an event called the Austro-Hungarian Compromise. Which established the dual monarchy of Austria and Hungary with Franz Josef at its head. Both countries maintained separate parliaments that would often make different decisions, but the ultimate authority lay in the hands of the emperor King Franz Josef. It was during this time that some of the great cultural wonders of both Hungry and Austria emerged, ranging from science to music to art and more. One can only wonder at it persisted what other amazing works might have been produced. We will never know because, in the wake of World W.a.r I, the once-great Austro-Hungarian Empire was dissolved. It’s one of the briefest and most fascinating historical experiments to ever take place in Europe.

Austria’s sure had its share of conflict and w.a.r and at some point. Austrians just got sick of it all. So, in 1955 a constitutional declaration of neutrality was made in the Austrian parliament. The declaration states that Austria should henceforth be permanently neutral in all manner of conflicts should they arise in the future. This desire can be explained by Austrian conservativism and easily understood w.a.r weariness of that generation. This position and Austria’s “Austria first” attitude has on more than one occasion cause tension between the country and the EU but what the ultimate result of this tension will be, only time will tell.

That’s a wrap on our 10 things you didn’t know about Austria. For more top lists just like this, you should check out other lists, and thanks for learning.

11 Things You Must Always Do When Travelling In Austria

1 thought on “10 Things You Didn’t Know About Austria”