Whistler is known around the world for being a top ski destination. But there’s so much more to know about this resort in the Coast Mountains. Here are 10 things you should know before coming to British Columbia.

A world-class resort usually comes with world-class price tags. Although budget travelers can find packaged deals, lift discounts and hostels in Whistler, it’s still one of the more expensive ski resorts in Canada. But since it’s one of the best, many would say it’s worth the price. 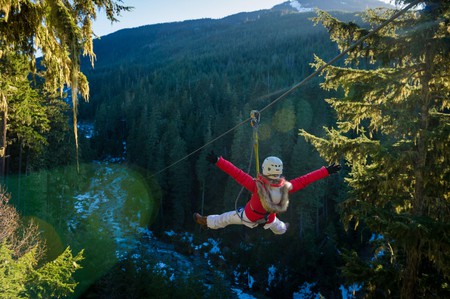 Yes, Whistler is known for its skiing and snowboarding – that’s why 2m people visit each year – but there’s so much more to do here. On the mountain, there are tubing, snowshoeing and winter zipline adventures. Off it, the town is home to a record-breaking bobsled center, the luxurious Scandinave Spa and museums.

There are two mountains

Whistler and Blackcomb used to be two separate ski areas and were friendly rivals until they merged in 1997. Once this historic merger happened, the Whistler Blackcomb ski resort became one of the world’s largest, with more than 8,000 acres (3,237ha) of skiable terrain. The Peak 2 Peak Gondola that operates between the two mountains is also record-breaking,as the world’s longest continuous lift system.

Whistler is in a great position if you’re heading here by plane, bus or car. It’s less than a two-hour drive from Vancouver along the Sea to Sky Highway, and several bus companies travel between the two destinations daily. Vancouver has a major international airport, while Seattle is less than three hours south of Vancouver. All of which means you can get here quickly, easily and cheaply. 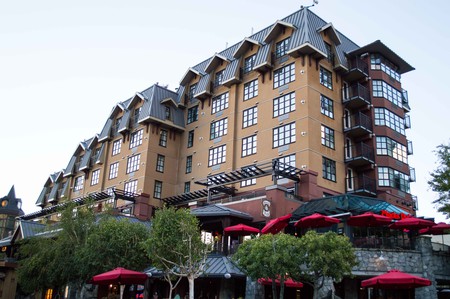 Après-ski is a huge part of skiing in Whistler. The village is brimming with restaurants, bars and cafes offering deals in the late afternoon. Most of the establishments understand you’re coming straight off the mountain, so they have a relaxed and casual atmosphere. Try Southern barbecue at Dusty’s, dance the night away at Merlin’s and check out the deals at the Longhorn Saloon.

Tipping is common nature in North America, but not in Australia, where about 20 percent of Whistler’s winter population is from (hence the term “Whistralia”). As a quick guide, the tipping etiquette in Canada is usually between 15 and 20 percent, unless the service was less than adequate.

It’s just as good in summer 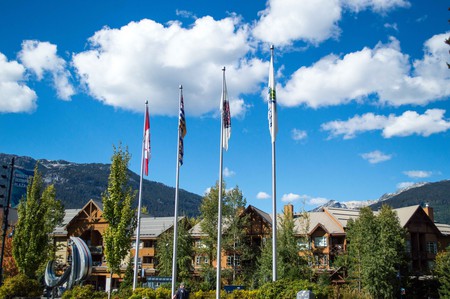 Although Whistler Blackcomb is known for its skiing, it’s also a must-visit destination in summer when it becomes the Whistler Mountain Bike Park, which brings in adventure seekers from around the world. There are many hiking trails to lakes and across the nearby mountain ranges. Whistler is also home to one of the world’s more scenic golf courses. You can enjoy the panoramic views from the Peak 2 Peak Gondola and pick up fresh produce from the weekly farmer’s market, too.

Whistler’s main village area, at the bottom of Whistler Mountain, is a no-car zone, making it easy to stroll around before or after hitting the slopes to enjoy the boutiques, retail outlets, gift stores and restaurants. If you’re coming here by car, there are a lot of parking places surrounding the village.

The après-ski scene is quite relaxed in Whistler, with many outstanding restaurants. The all-around emphasis is on local, sustainable produce, and most menus are heavy on meat and seafood. Chef James Walt at Araxi was an early pioneer of farm-to-table dining, while Alta Bistro believes no two visits are the same. Meanwhile, Bearfoot Bistro is home to the world’s coldest vodka tasting room.

Even in Whistler village, temperatures generally hover around freezing during winter, so pack essentials such as a thick waterproof jacket, a moisture-wicking layer for mountain adventures and wool socks. As mentioned, there are as many casual restaurants here as there are fine-dining places, but pack at least one smart-casual outfit for dining out.

The best restaurant in Ottawa, Canada