Are you heading to Hawaii in October or just want to try to see some ghosts in Hawaii? Keep scrolling to find out the most haunted places in Hawaii worth checking out.

The Hawaiian Islands are a great place for all sorts of travel. From the beautiful white sand beaches to the unbelievable Hawaiian culture, there is so much that attracts people to these tropical islands.

However, some people have found much more than just sun and sand while visiting this island paradise.

It turns out that Hawaii has some pretty creepy places too! And Halloween in Hawaii wouldn’t be the same without a visit to a haunted Hawaiian destination or two.

Because we love visiting Hawaii in October, I thought I’d share some of the most haunted places in Hawaii that might scare even the bravest tourist.

Keep scrolling to find out the best places to see ghosts in Hawaii!

Do they celebrate Halloween in Hawaii?

Absolutely! And there are plenty of Halloween parties and costume parades that happen throughout the islands. However most people agree Halloween on Maui is one of the best spots. There’s a lot of festivities on Front Street in Lahaina and it’s totally worth a trip.

Who are the Hawaiian night marchers?

The legend of the night marchers is a common trope in Hawaiian folklore. It tells of restless spirits or ancestors who are believed to march at night along various parts of an island chain with their descendants. They were recently featured in the Netflix film Finding ‘Ohana.

Should I go to Hawaii in October?

October is one of our favorite times to visit Hawaii. It’s right in the middle of low season and you can often find awesome travel deals on flights, hotels, and car rentals. Plus, there are cultural events and fewer crowds.

Haunted Places in Hawaii for Halloween

This Hawaiian theater was built in 1928. It was originally both a movie and vaudeville house, but now it is most well-known for its paranormal activity, especially at night.

There’s a ghost who haunts this theater by sitting in seats during performances or standing on stage when it’s closed! Witnesses claim that she is friendly, though many affectionately refer to her as “Emma” – an unknown flapper/actress with a penchant for productions from 1920s America.

Lights will mysteriously flicker out completely before coming back on again without warning; boards malfunctioning unexpectedly are common-place occurrences while Emma lurks around too.

But once someone acknowledges her presence (especially if its accompanied by applause!), all these eerie happenings come to end faster than you can say ‘ghost’.

It’s a common local legend that the Honolulu Airport, also known as Daniel K. Inouye International Airport, is haunted by “the Lady in Waiting.” She stands at night peering out from one of the gates to watch planes take flight and land before disappearing into thin air. 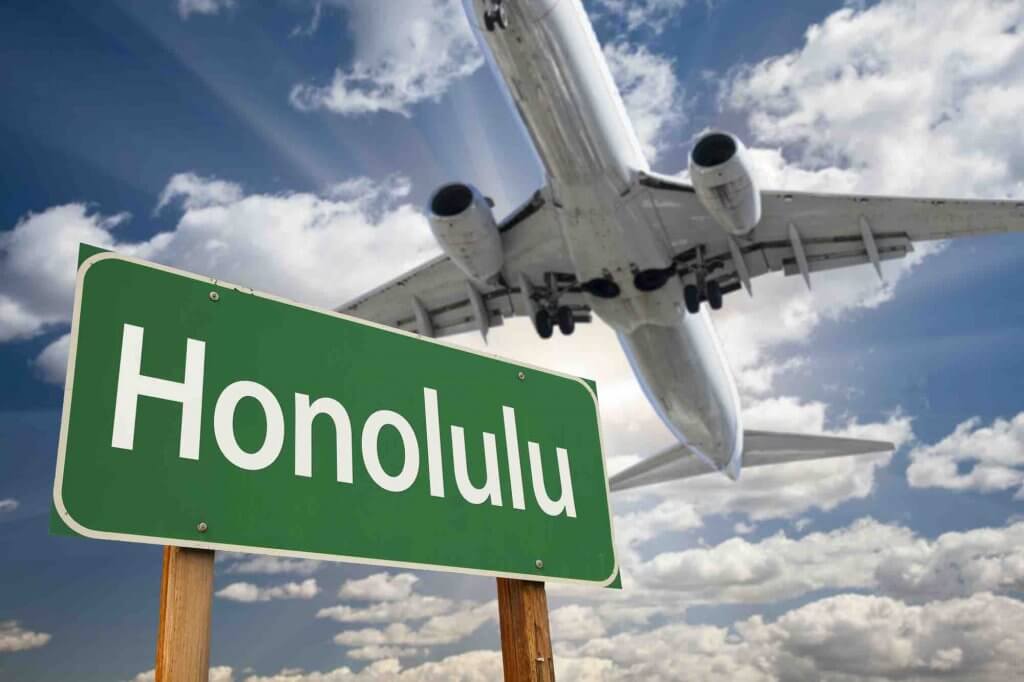 People claim she appears mostly on her own late at night but she can be seen walking through restricted areas with an eerie expression.

Located in Nanakuli near Makaha there are ruins of an old sugar mill. It is said that the Hawaiian goddess of snow, Poli’ahu, lives here. And it has been rumored that she was seen walking through these ruins on one particularly stormy night in 1977.

King Kalakaua built Iolani Palace in 1882 for his sister Queen Lili’uokalani. Over the years, people meticulously restored it to its former grandeur and now it’s a popular tourist attraction. 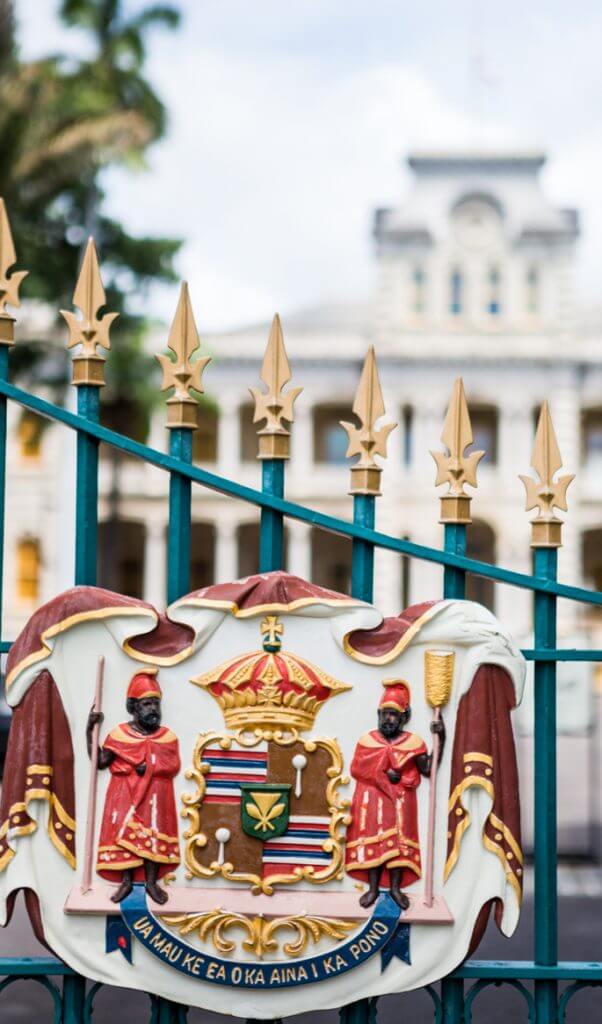 The palace is now open to visitors who can see its various treasures, throne room, bedrooms, dining rooms, and more. However, it’s said that the palace is haunted by Queen Lili’uokalani who was imprisoned in an upstairs bedroom for almost 8 months and died there two years later.

An old lady is said to haunt the Volcano House Hotel, which was once a private residence. The family who lived in this house would often report seeing her apparition during their time there and now many of those staying at the hotel have seen it too!

There are also frequent reports of ghostly white dog on an entrance road leading up to the hotel that some say only appears for just seconds before disappearing again into thin air!

Ever since it opened, the Waikiki Prince Hotel has been one of Oahu’s most iconic and treasured sites. But there is more to this hotel than just a great view!

There have been reports of unexplained whispering voices, strange lights moving around the building and even luggage being moved about from room to room without anyone touching them at all!

How creepy is that? The hotel is still open for business if you’re looking for a spooky place to stay!

7. The Pali Lookout on Oahu

The Pali Lookout is the site of one of King Kamehameha I’s most iconic battles. The battle that ensured his reign over all Hawaii was so fierce it claimed hundreds of lives – many who were forced off the cliffs in their final moments as they tried to escape certain death from both sides. 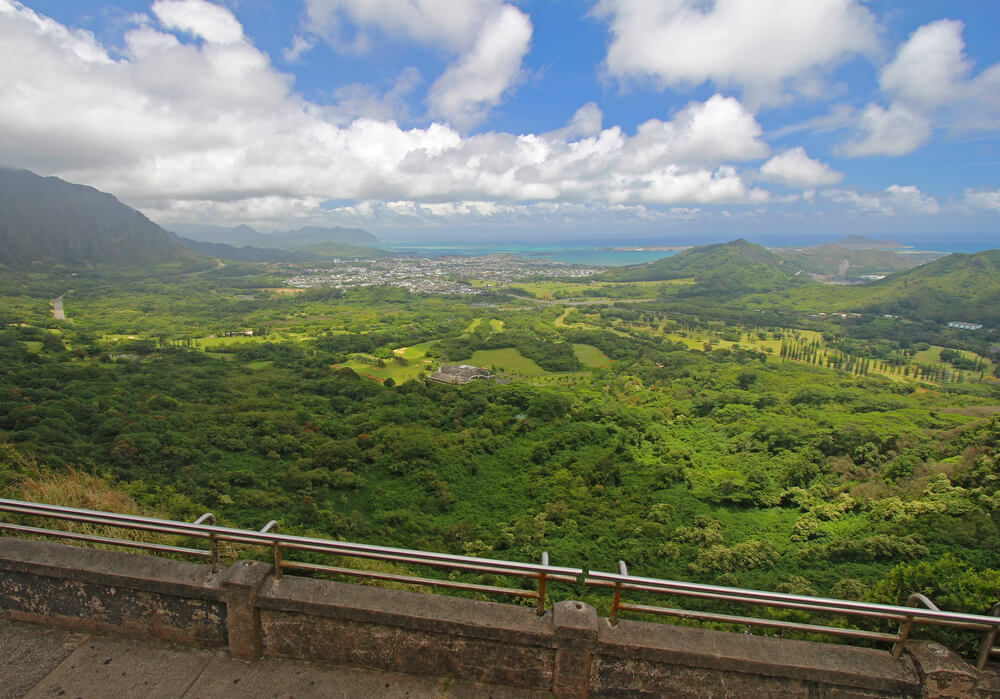 View of the windward coastline of Oahu from the Nuuanu Pali Lookout in the mountains above Honolulu.

It stands on a cliffside in Kaneohe and is most well-known for its Hawaiian ghost called “Pali Lady.” That’s not all though – there have been many ghost sightings reported there, including apparitions of soldiers from World War II.

8. Kawaiaha’o Church and Graveyard on Oahu

This Hawaiian church was constructed between 1836 and 1842 and was built with 14,000 thousand-pound slabs of coral rock. It has been rumored to be haunted by Hawaiian royalty, but it’s said that visitors have seen ghostly figures walking through its halls at night. 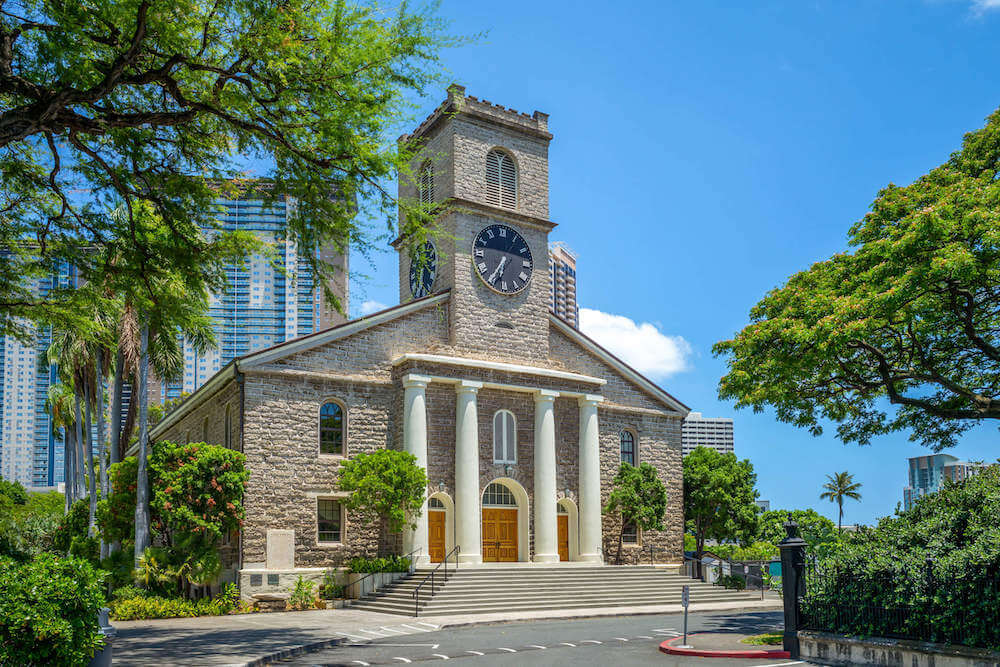 The graveyard is said to be haunted by Night Marchers; Night marchers is a term indigenous Hawaiians use for restless spirits or ancestors (i.e., those deceased individuals still with ties left undone). It’s believed these Hawaiian Chiefs of the past march at night along various parts of the island chain.

The Aloha Tower is a historic landmark of Honolulu Harbor. There are many stories about what may live inside this tower – from ghosts of sailors who died aboard ships anchored here during World War II to spirits protecting Hawaiian culture. 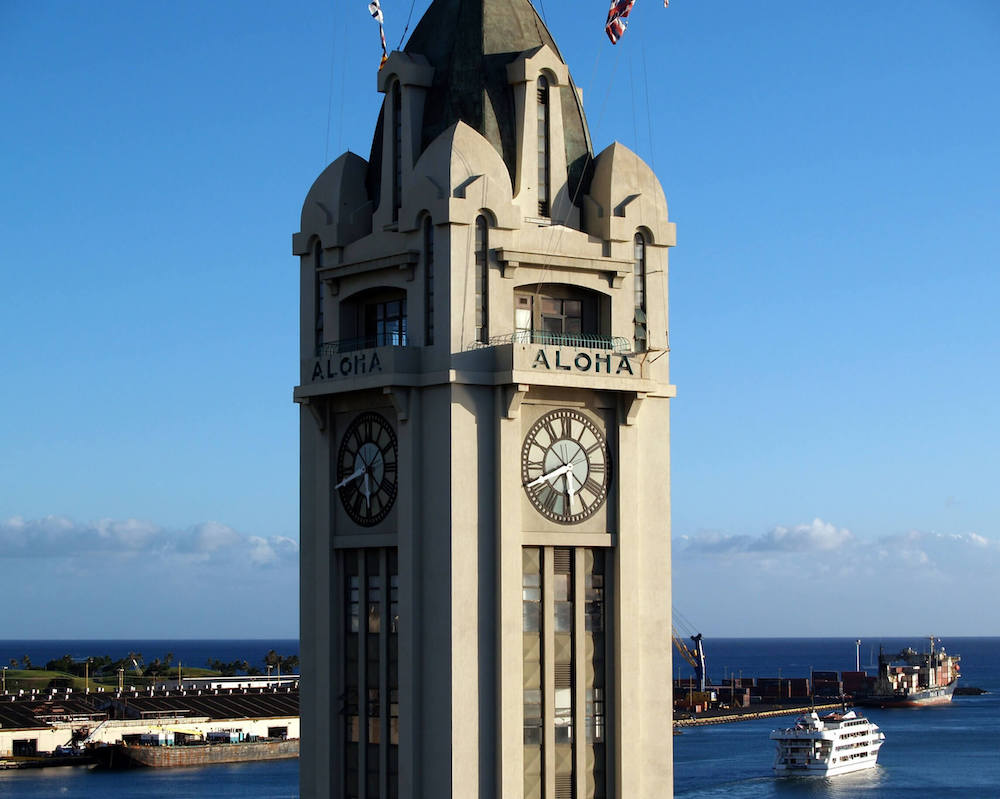 The most well-known ghost there is that of a Pearl Harbor victim. It is said that he stands in the tower looking into the ocean for the people who killed him.

The Hawaiian plantation village museum is located in Waimanalo on the island of Oahu. It was once a sugarcane plantation and now is a living history museum and a hot spot for the paranormal.

It’s estimated that 25% of the buildings are haunted, and due to the supernatural activity, the employees and caretakers aren’t allowed to work alone for safety reasons! That’s certainly taking it up a notch!

Every year, the plantation transforms into a spooky haunted house. The “hauntings” are provided by actors, of course, but that doesn’t mean that the real spirits don’t join in the fun! The spooky plantation Halloween event does come with a warning and is not for the faint of heart!

11 Extremely Weird Things Only People From Hawaii Do