Castles are one of the most iconic landmarks in Scotland. They simply just ooze history. The entire country of Scotland is breathtaking and a wonderful place to take a road trip through. There are so many castles in Scotland that it would be near impossible to see all of them, however, I have compiled a list of the most stunning Scottish castles you just have to see. These look like they are straight out of a fairy-tale.

Some fun facts about Scottish Castles:

In history, there have been an estimated 2000-4000 castles in Scotland
Currently, there are 605 Castles in Scotland
The infamous Edinburgh Castles has building dating back to the 12th Century
Castles were constantly being attacked and seized by Vikings and the English
The castles in Scotland are the history of the country, giving us a look into this small country with a violent past 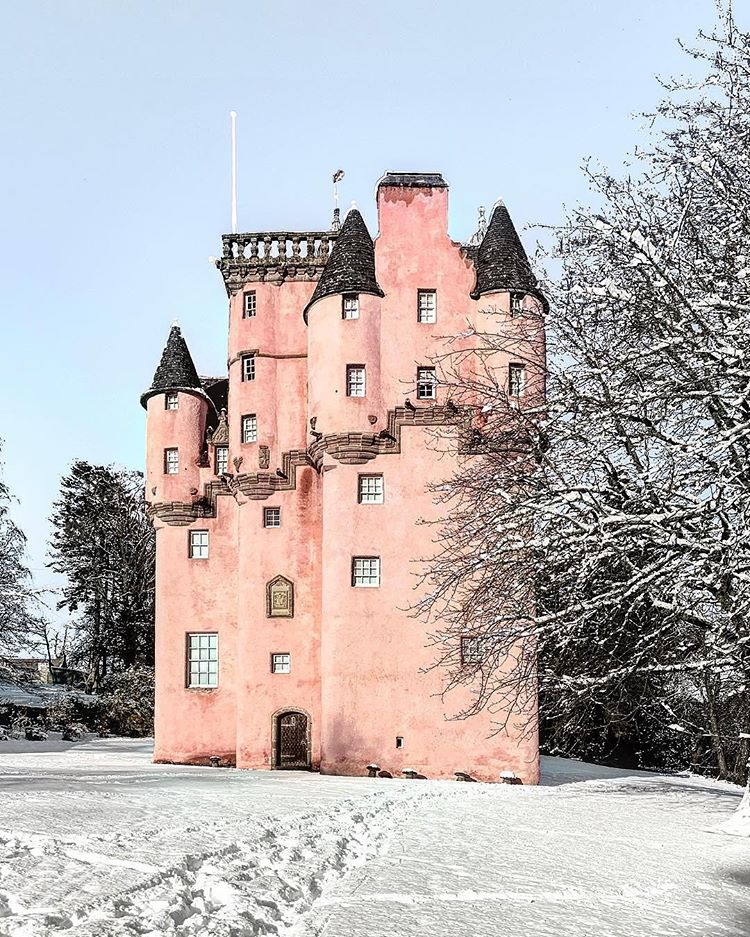 You’re lying to yourself if you never wanted to live in a beautiful, pink castle. I’m not sure it’s okay to call a castle adorable, but that’s just how I feel about Craigievar. This magnificent castle is located between the rolling Aberdeen hills and has an impressive number of family portraits and antique furniture. It was completed in the 17th Century and is one of the best-preserved castles in Scotland.

The former owner did not wish to have artificial light installed in the castle, meaning you can only view the art and artifacts through the sun that shines through the windows, the same way as they would have in the 17th Century. Isn’t that just the coolest?! 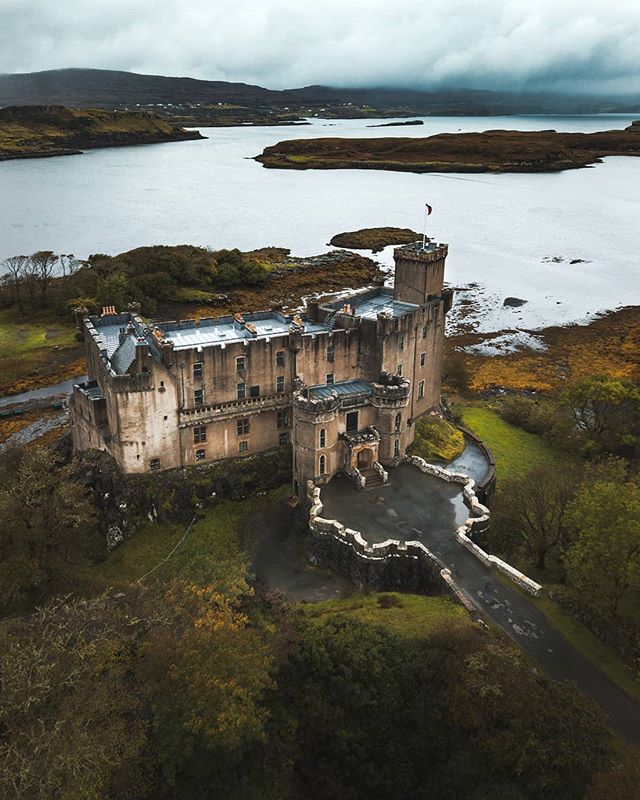 Dunvegan is one of the few castles in the world that has been continuously occupied by the same family for over 800 years, the Chiefs of Clan MacLeod. The castle is filled with oil paintings and clan treasures, some of which date back to the middle ages. There is even a lock of hair of the late Bonnie Prince Charlie on display within the walls.

This beautiful castle overlooks a bay in which you can go seal watching or perhaps get lost in the beautiful gardens, imagining what it would have been like to live here. 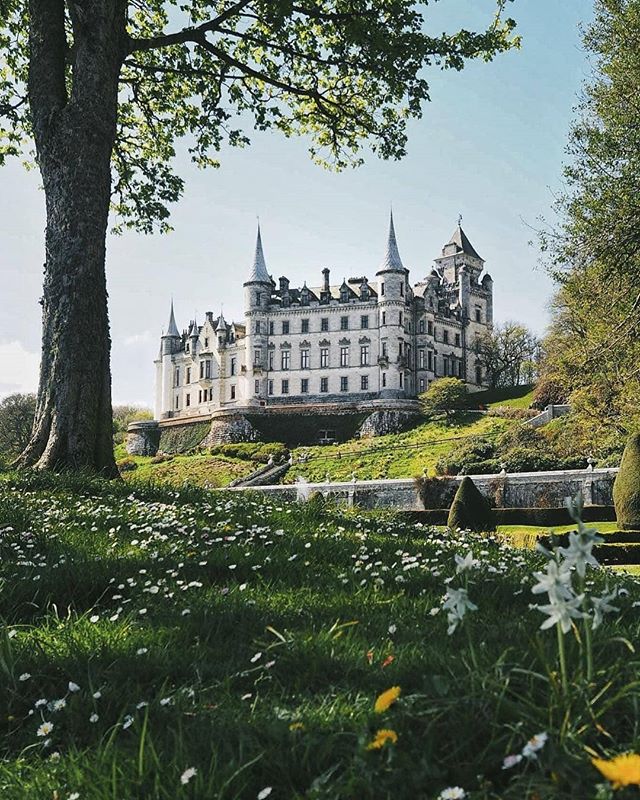 The fascinating Dunrobin Castle dates back to the 1300s and it is an absolute must-see if you are in the area. This castle looks straight out of a fairytale, or perhaps a French Chateau, with its incredible gardens that you can spend hours upon hours lost in. The castle also has an impressive falconry display. 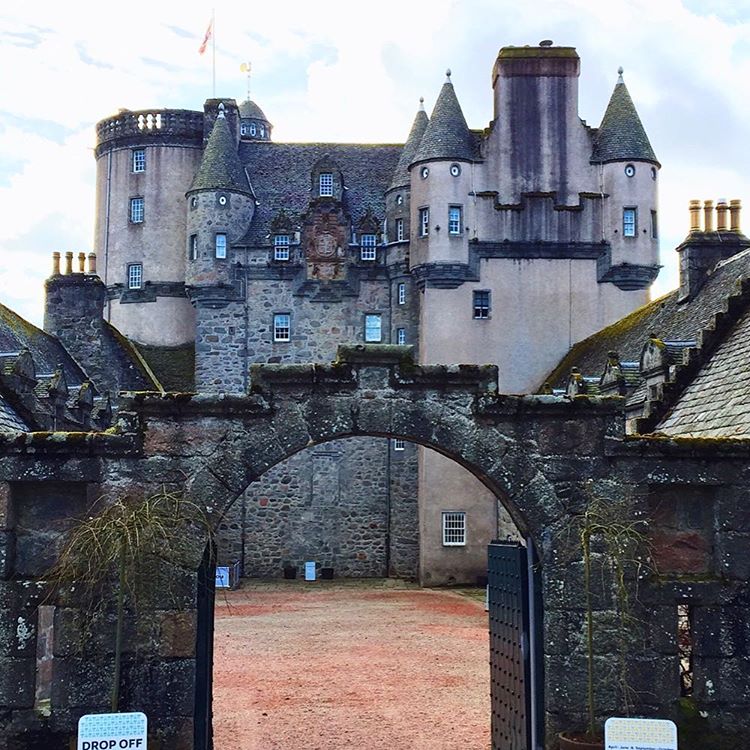 Located in Aberdeenshire, this beautiful castle dates back to the 1500s. You can go to the top of the towers and get a grand look of the grounds. You can also spend hours exploring the medieval Great Hall and Victorian bedrooms. 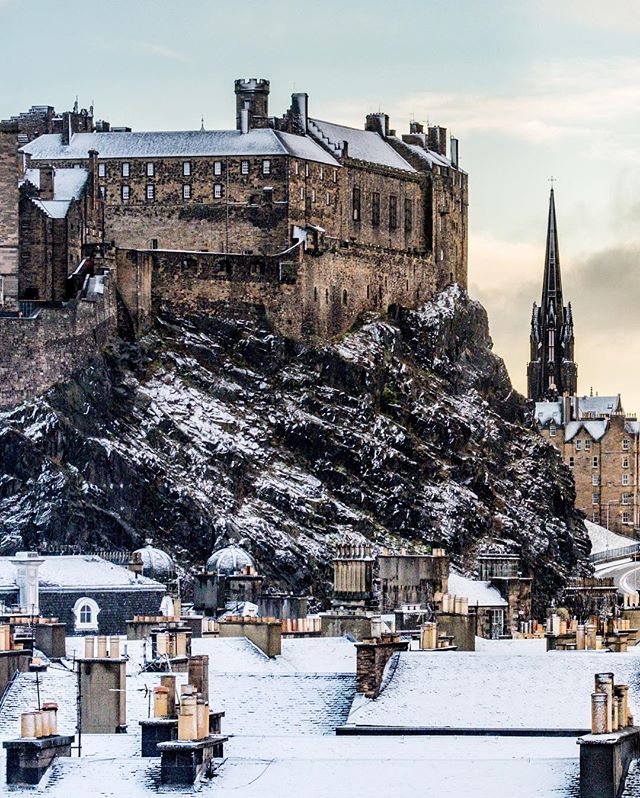 Arguably Scotland’s most famous castle, built on top of Castle Rock. Castle Rock was formed millions of years ago by volcanic activity and has been a military base and royal residence for centuries. The tensions between the Scottish and English monarchs almost always centered on Edinburgh Castle, with many battles being fought at its doorsetp. 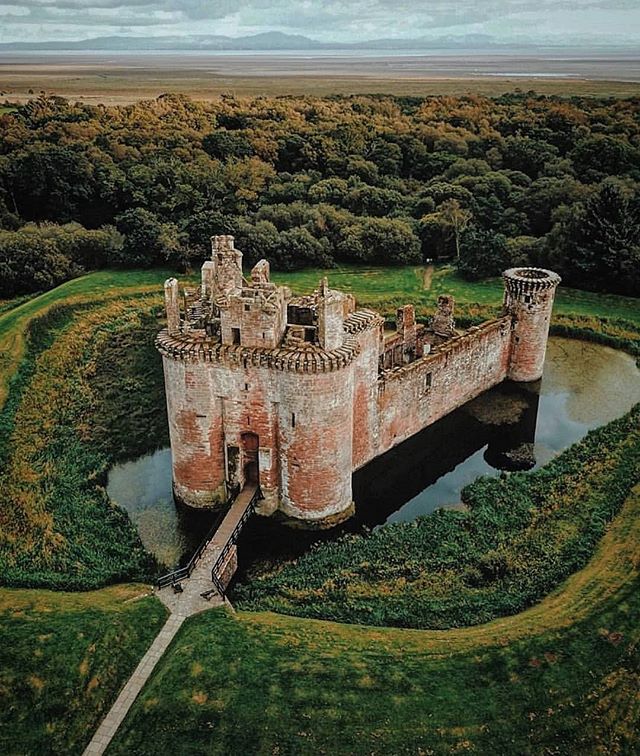 Due to it’s proximity to the English border, Caerlaverock was in the direct line of invasion of many wars. The castle was taken numerous times and has a very violent past. Its fairytale appearance has made it a popular filming location. 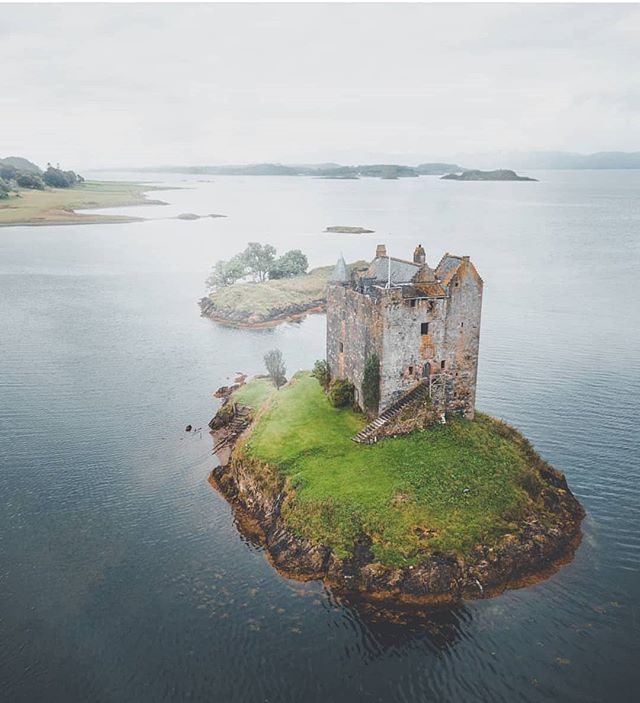 This peculiar castles is located on an islet and is accessible from shore during low tide. This is definitely one of the more interesting places to visit in Scotland as the small island has been there 1388 and holds the history of many kings, secret deals, and impressive architecture.

If you’re a Monty Python fan, you possibly know this as the “Castle of Aaaaarrrrrrggghhh.” You can take some highly recommended tours of the grounds and see for yourself what makes this little castle so special. 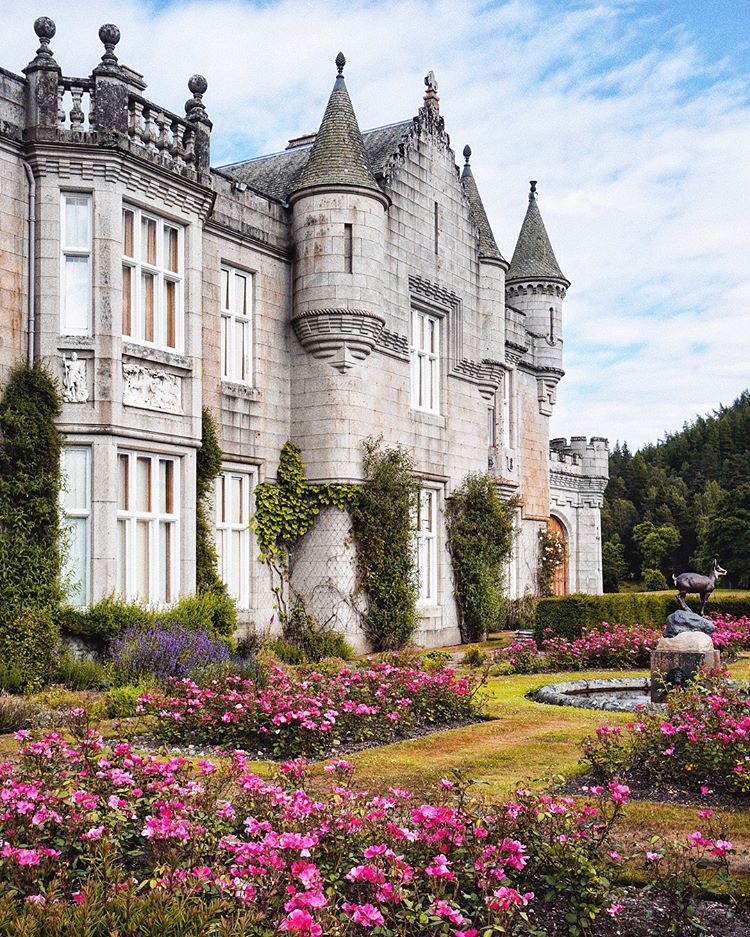 The origins of Balmoral Castle dates back to the 1300s, where King Robert II of Scotland had a hunting lodge in the area. The estate has passed through various hands and is currently monitored by the Monarchs of Scotland. The Queen, the Duke of Edinburgh, and the Prince of Wales frequently holiday at the castle.

Spend a day in the galavanting through the garden to realize just why this wonderful Castle is so popular with the royal family. 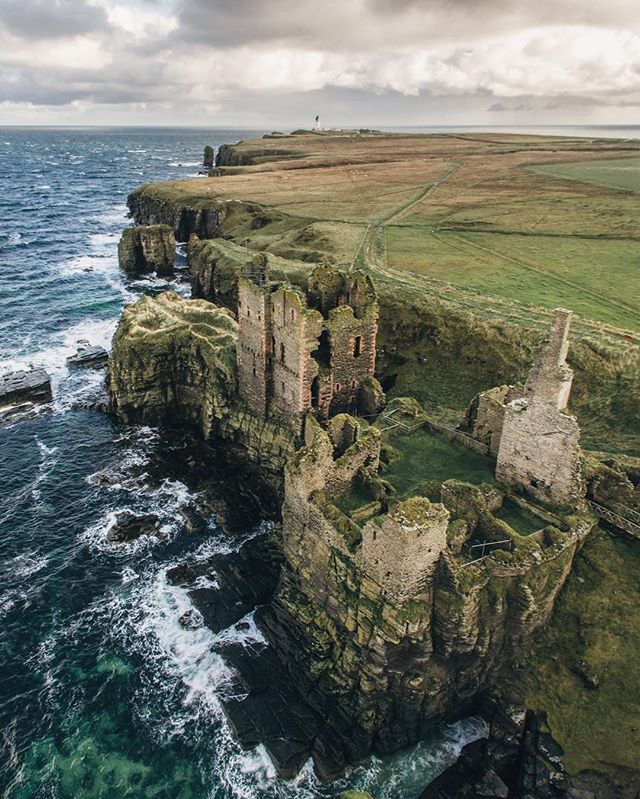 The ruins of Castle Sinclair Girnigoe actually comprise of two different castles. Castle Sinclair was built in the early 17th Century and Castle Girnigoe dates back to the 15th Century. A lovely, scenic place to visit. You would never imagine a Castle so isolated on the cliffs, making this quite the sight to see and well worth the detour. There are a lot of hidden coves around that castle that are very interesting 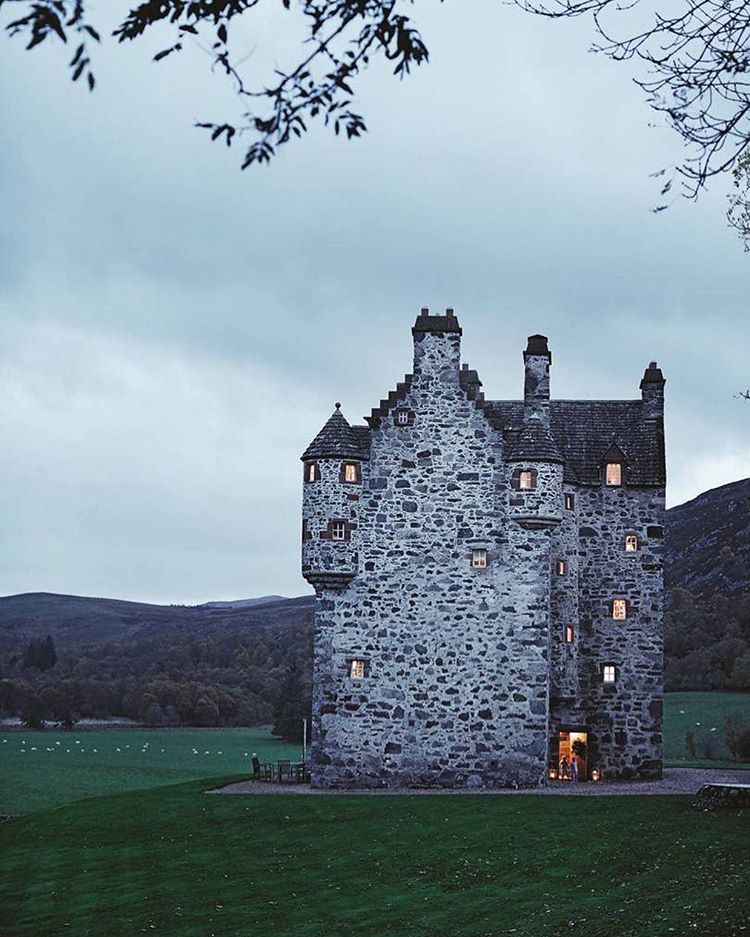 Forter Castle was built by the Ogilvys of Airlie as a fortified house in 1560. If your dream is to get married in a castle, this is one that can be rented out for weddings. Or you can spend the night in one of the luxury rooms and feel like royalty. Each room has a unique decor and feel, so no two stays will ever be the same.

12 Astonishing Places You Need To Visit In Scotland