Brazilians love it, so do their Spanish neighbors, and Portugal is also a popular holiday destination for international travelers. Spectacular nature, centuries-old culture and good wine in the south of Europe. 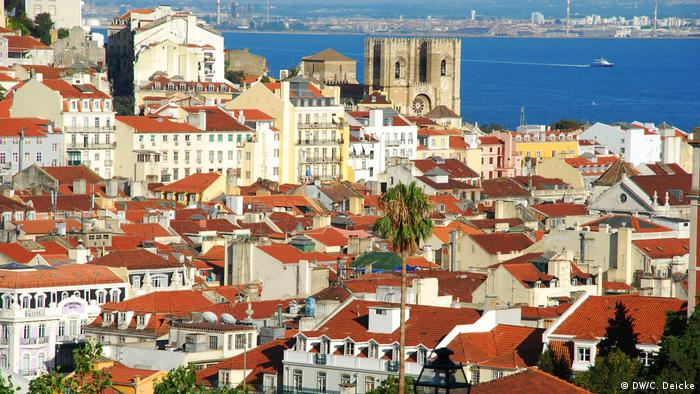 With its alleys through which historic streetcars pass, the Portuguese capital on the Tejo River is a popular destination that cruise ships also like to visit. Lisbon has a long history that has left behind churches and monasteries, palaces and an imposing fortress. Further attractions: top-class museums, Europe’s largest aquarium and a vibrant nightlife. 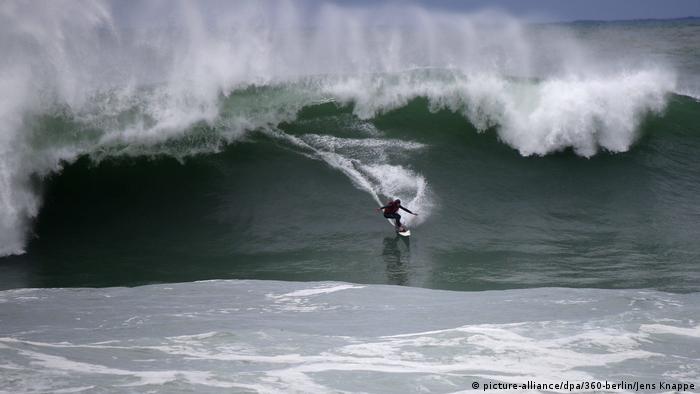 Around 830 km (516 mi) of Atlantic coastland lines the narrow country. Many tourists and beachgoers head to the southern Algarve region, while surfers make their way to the rough beaches of the northwest. The most famous surf spot is located north of the city of Nazaré. Here, there are waves that can be higher than 20 meters (66 ft). 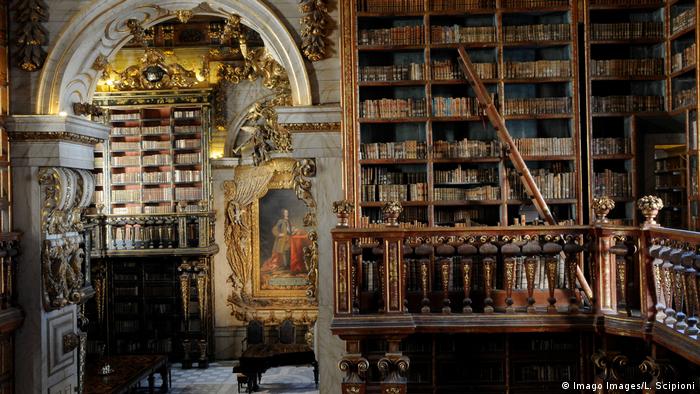 Coimbra used to be the capital of Portugal. Founded in 1920, the university still shapes life in the city today. The baroque university library is particularly well known. Its magnificent halls contain true treasures of antiquarian books. Fascinating: Bats live in the library, which protect the stocks by killing insects. The reading tables are covered at night. 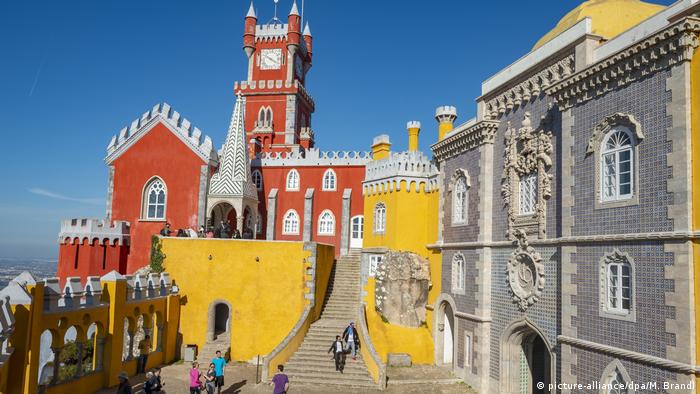 It looks almost like Disneyland, but it is a historic castle: the Palácio da Pena in the city of Sintra. Its construction began in 1840 on the ruins of a monastery. It was commissioned by the king’s consort D. Fernando of Saxe-Coburg Gotha. Gothic, Egyptian, Islamic and Renaissance elements are interwoven here. Sintra and the surrounding cultural landscape are UNESCO World Heritage Sites. 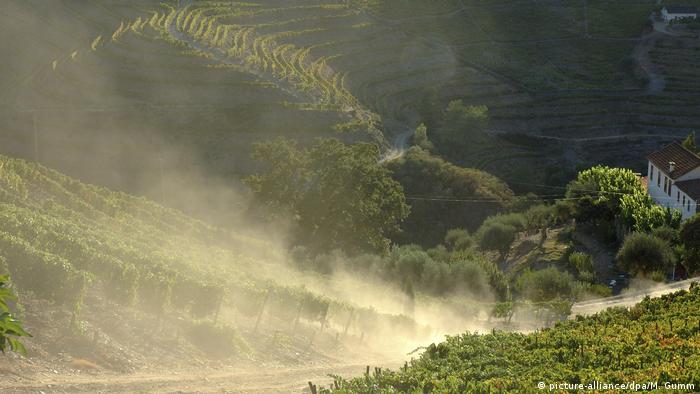 Although Portugal only ranks 12th on the list of the largest wine producers, connoisseurs appreciate the diversity of old grape varieties, which produce a whole range of interesting wines. Wine has been cultivated in Portugal for centuries, and some grape varieties can only be found here. The grapes for the world-famous port wine grow in the Alto Douro wine region in the north of the country. 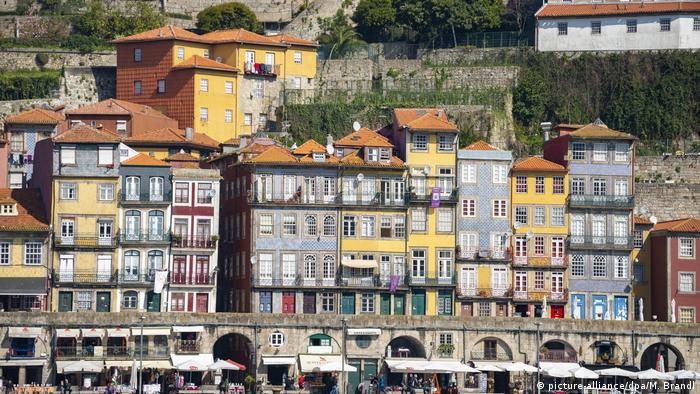 In the city of Porto, on the Douro River, port wine was traditionally stored. To this day there are numerous port wine cellars here. In the old town, there are still many buildings in need of renovation, which give the city an original charm. And: Porto has one of the most beautiful bookstores in the world! Livraria Lello is said to have been the inspiration for the world of Harry Potter novels. 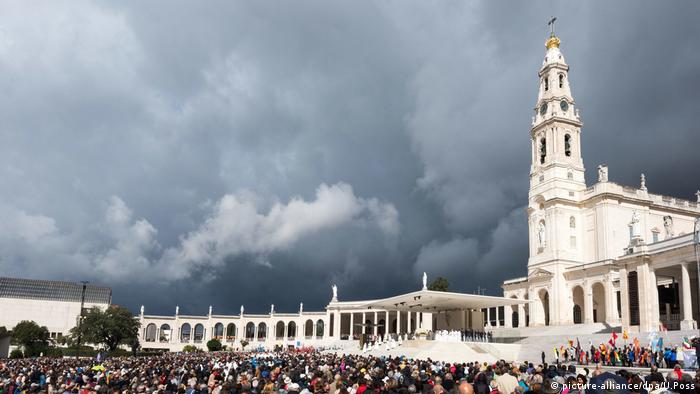 Not just wine and art attract visitors to this city, but also its religious wonders: Fátima in the center of the country is one of the most important pilgrimage sites for Catholics. In 1917, the Virgin Mary was said to have appeared here to three shepherd children. To testify to this, a miracle of the sun is said to have occurred sometime later, which was observed by tens of thousands of people.

By gondola through Aveiro 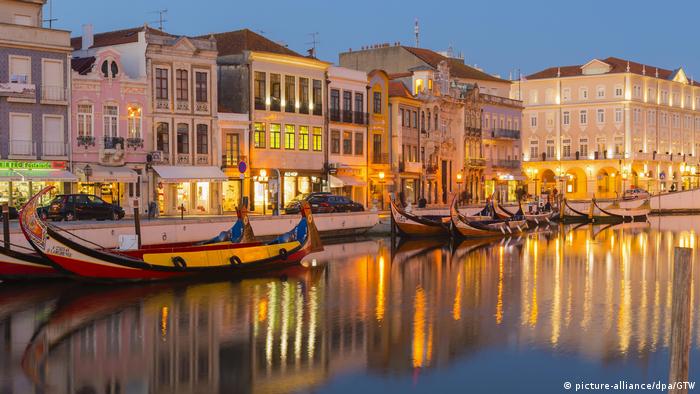 The city of Aveiro, 70 kilometres (43 mi) south of Porto, is also called the “Venice of Portugal”. Of course, Aveiro is not as spectacular as Italy’s pearl on the Adriatic but gondolas and canals can also be found here. In addition, there are numerous pastel-coloured houses in Art Nouveau style that make Aveiro a real gem.

Listening to the Fado 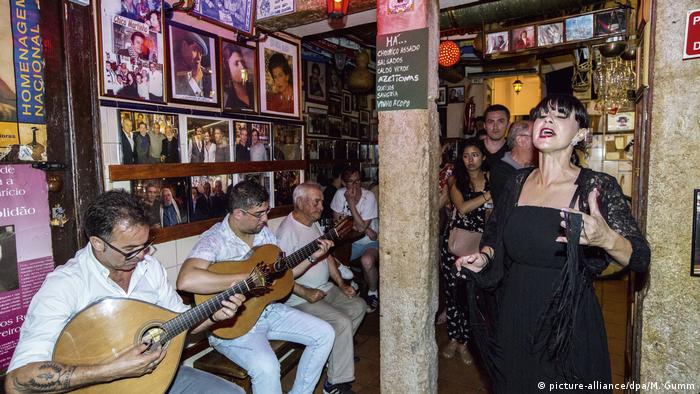 If you want to discover the soul of Portugal, you should visit a fado restaurant. Love, longing, world-weariness — these are the themes of fado music. Fado is sung by a soloist, accompanied by classical Portuguese guitar. It originated in the slums of Lisbon and is still sung today in fado pubs like “Tasca do Chico”, seen here.

Stand at the end of Europe 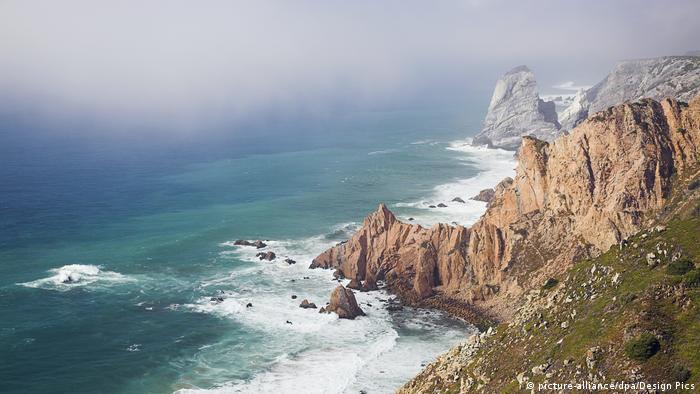 The Portuguese once believed that this was the end of the world. But at Cabo da Roca only the European mainland ends in a westerly direction. The rough cape is 40 kilometers (25 mi) away from Lisbon, hiking trails lead along the coast to a lighthouse. When the sun sinks into the ocean in the evening, visitors can experience some spectacular moments in the lonely landscape.