The Hawaiian Islands are steeped in ghostly stories and folklore that have been passed down through the generations. Traditional Hawaiian mythology and religion have ties to ancient Polynesian beliefs brought over by the earliest settlers to the islands, which were then shaped through the centuries by their connection to these beautiful, remote, and unpredictable volcanic islands. Here are a few stories of the supernatural, the terrifying, and the mysterious that are still told today in Hawaii. 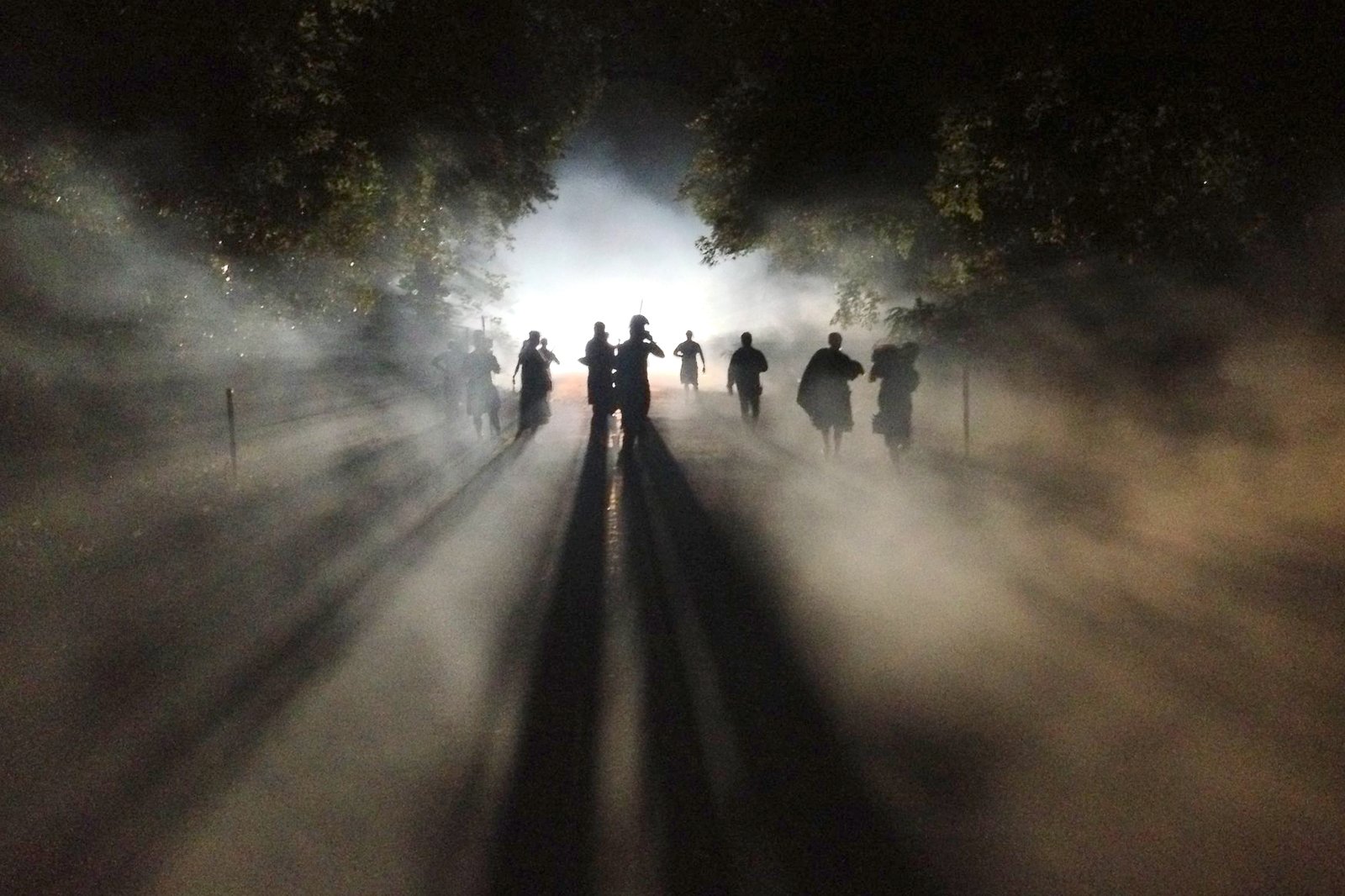 If you’re in Hawaii at night and hear the sounds of drumming or the trumpeting of a conch shell, it’s best not to stick around to see who’s approaching. The spirits of ancient Hawaiian warriors called Night Marchers are said to travel in groups around the islands to revisit places where they fought fierce battles during their lifetimes.

It’s said that those who make eye contact with these floating apparitions risk being swept away into the spirit world. If there’s no chance to flee from the Night Marchers, then get down on your belly to show respect and keep your eyes to the ground as they pass by. 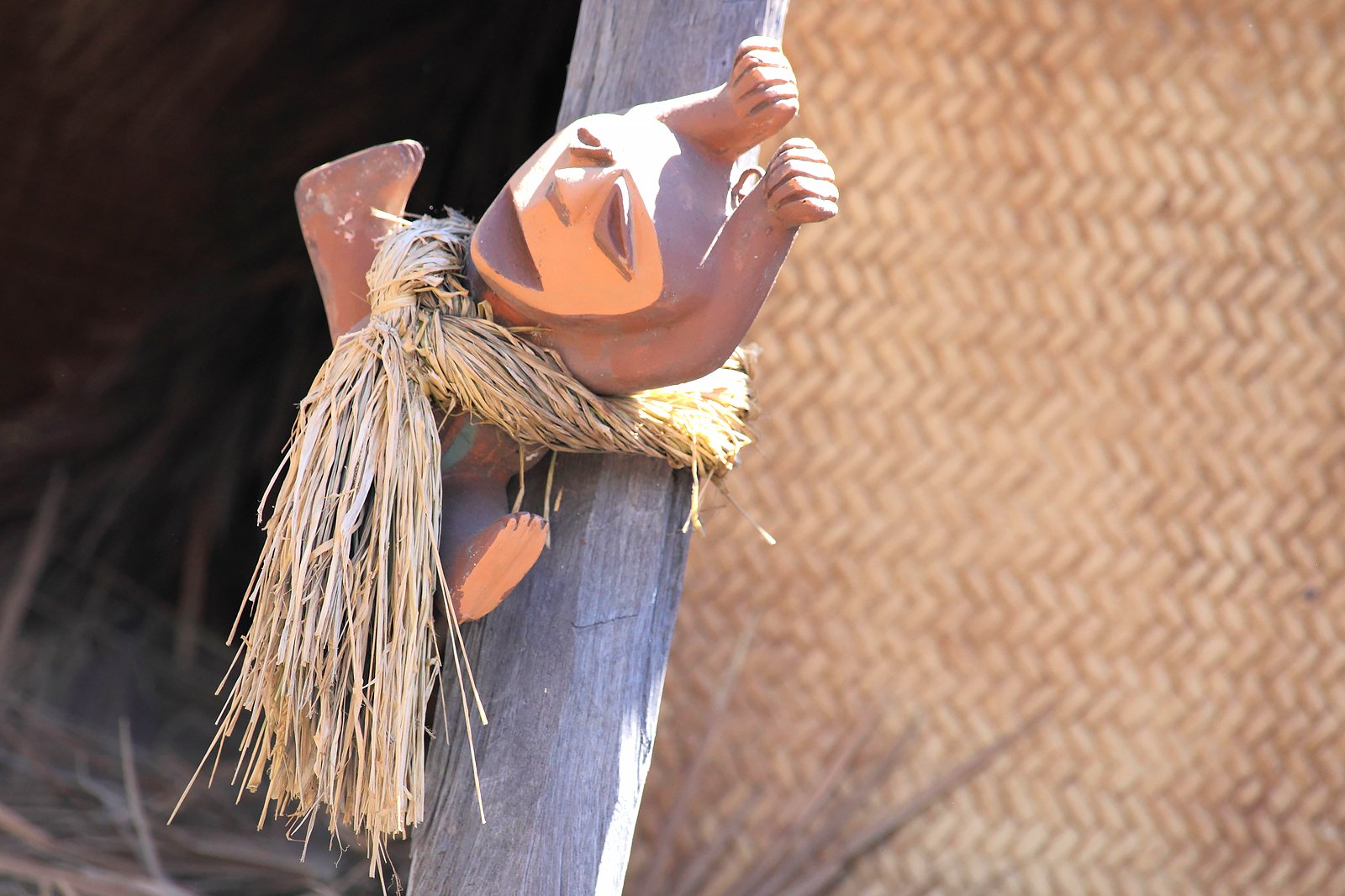 In Hawaiian mythology, the Menehune are tiny people who live in remote areas of the islands, spending their days building houses and other structures. These skilled craftspeople are said to have dwelled on Hawaii long before the arrival of Polynesian voyagers, building such things as the Alekoko Fishpond on Kauai and the ancient stone shrines on Necker Island.

It’s believed that the Menehune still live deep in the forests, occasionally making their presence known by playing tricks on anyone who unknowingly ventures close to their settlements. Several sightings have been reported, but so far there’s no definitive proof of these shadowy elves’ existence.

3. The wrath of Pele
The volatile volcano goddess 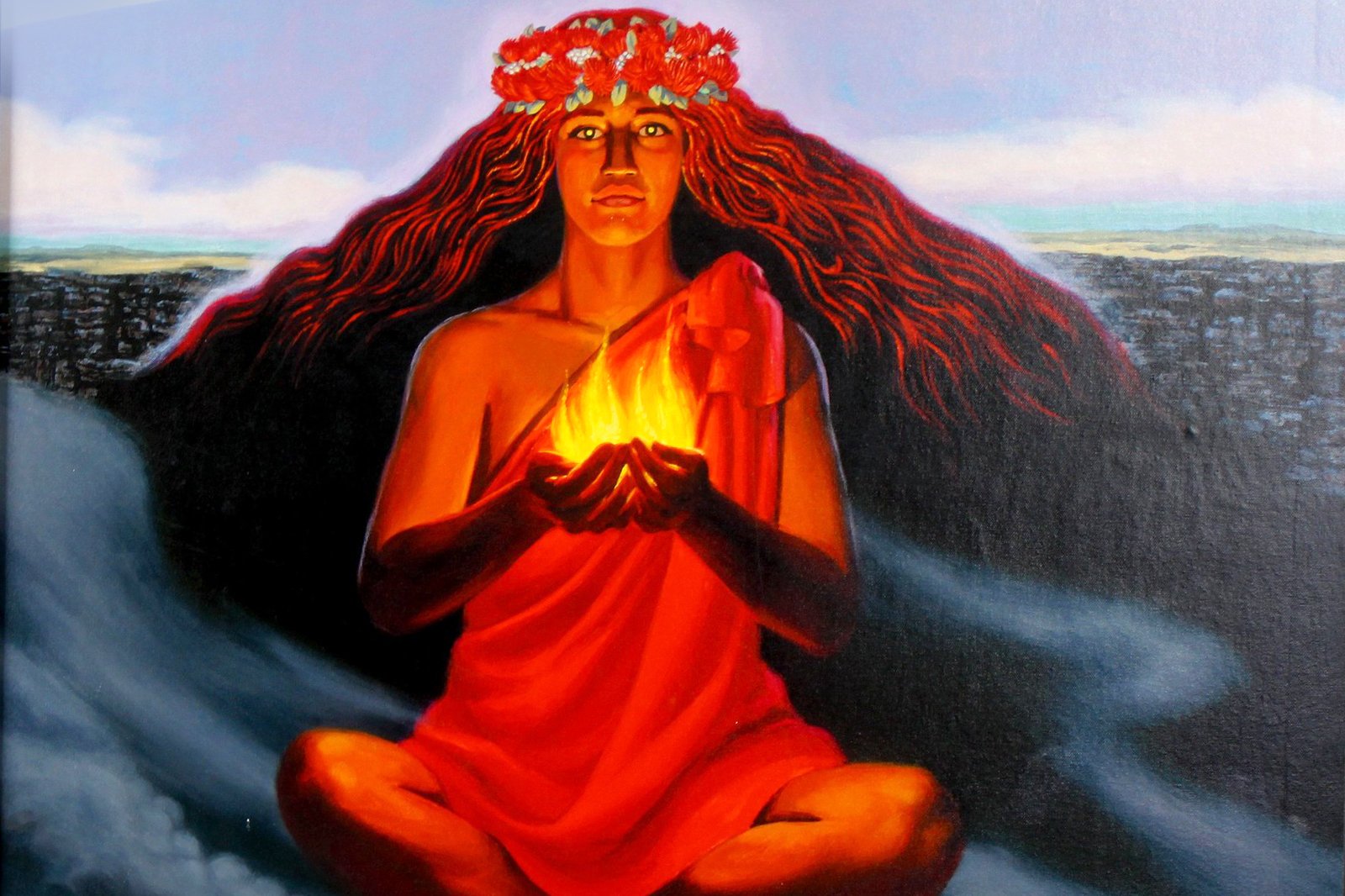 Pele is the Goddess of Fire and Volcanoes who appears in many stories in Hawaiian folklore. This goddess of creation and destruction lives high atop Kilauea, one of the most active volcanoes in the world. She’s passionate and hot-tempered, and when angered she’ll send lava rushing down the mountain, eating up towns and dramatically shaping the landscape at her whim.

She’s also known to sometimes take human form. Drivers have reported seeing an old woman with white hair walking along the road who accepts their offer for a ride and climbs in the back seat. When the driver later turns to look at her, she’s vanished. 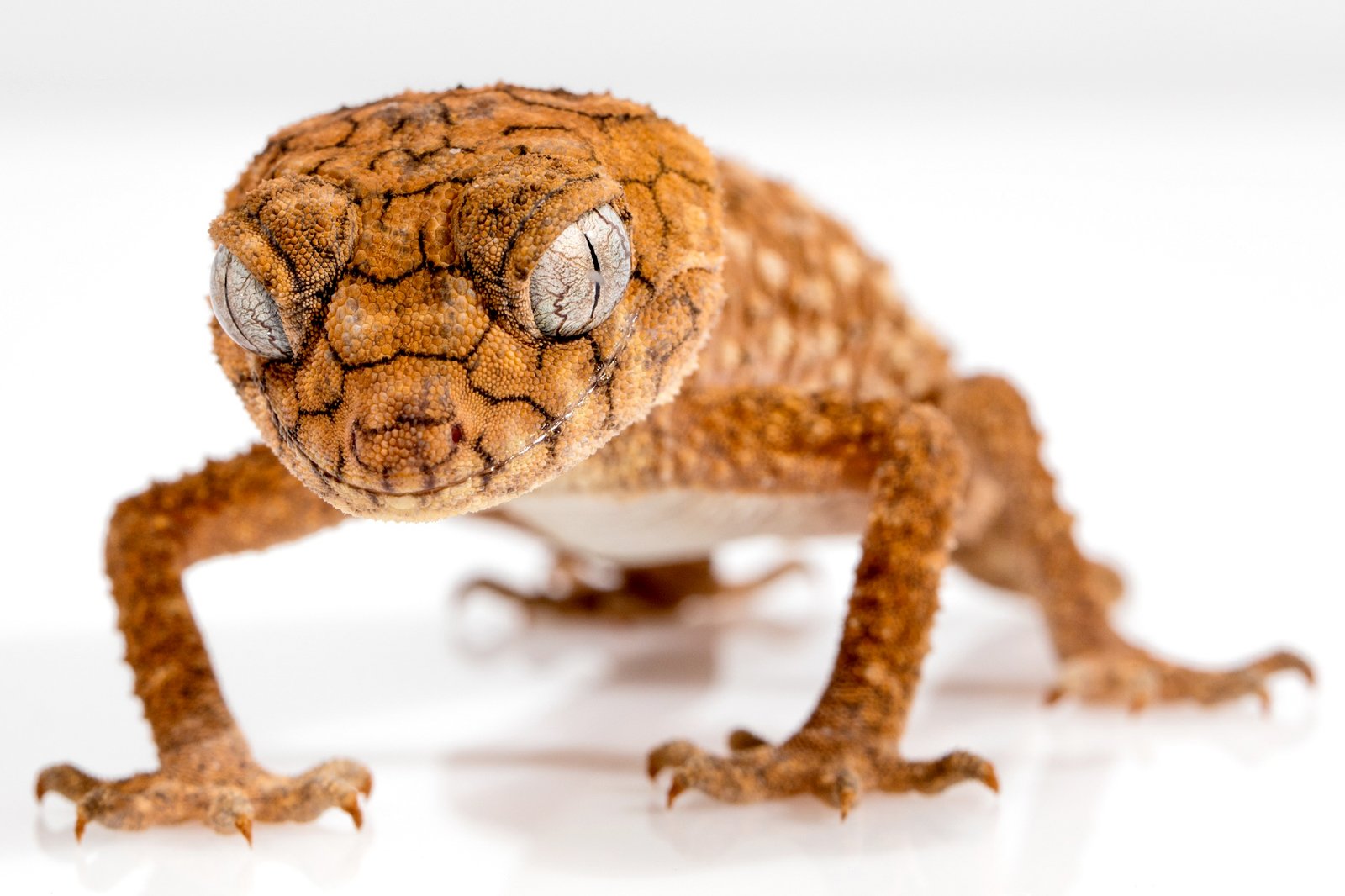 The legendary protectors of Hawaii’s pools, ponds and streams are spirit creatures called Mo’o who can change forms from small geckos to giant dragons. They have supernatural powers to control the weather, ensuring the islands have plentiful water and fruitful harvests. If angered, they can whip up killer waves or sweep the targets of their wrath off steep cliffs to their deaths.

If you’re at one of Hawaii’s lovely natural pools, drop a flower or branch in the water before venturing in. If the branch or flower gets swept away it’s a sign that the Mo’o don’t want to be disturbed so it’s best to go elsewhere for a dip.

5. The half-petaled Naupaka flower
When love dies before blossoming 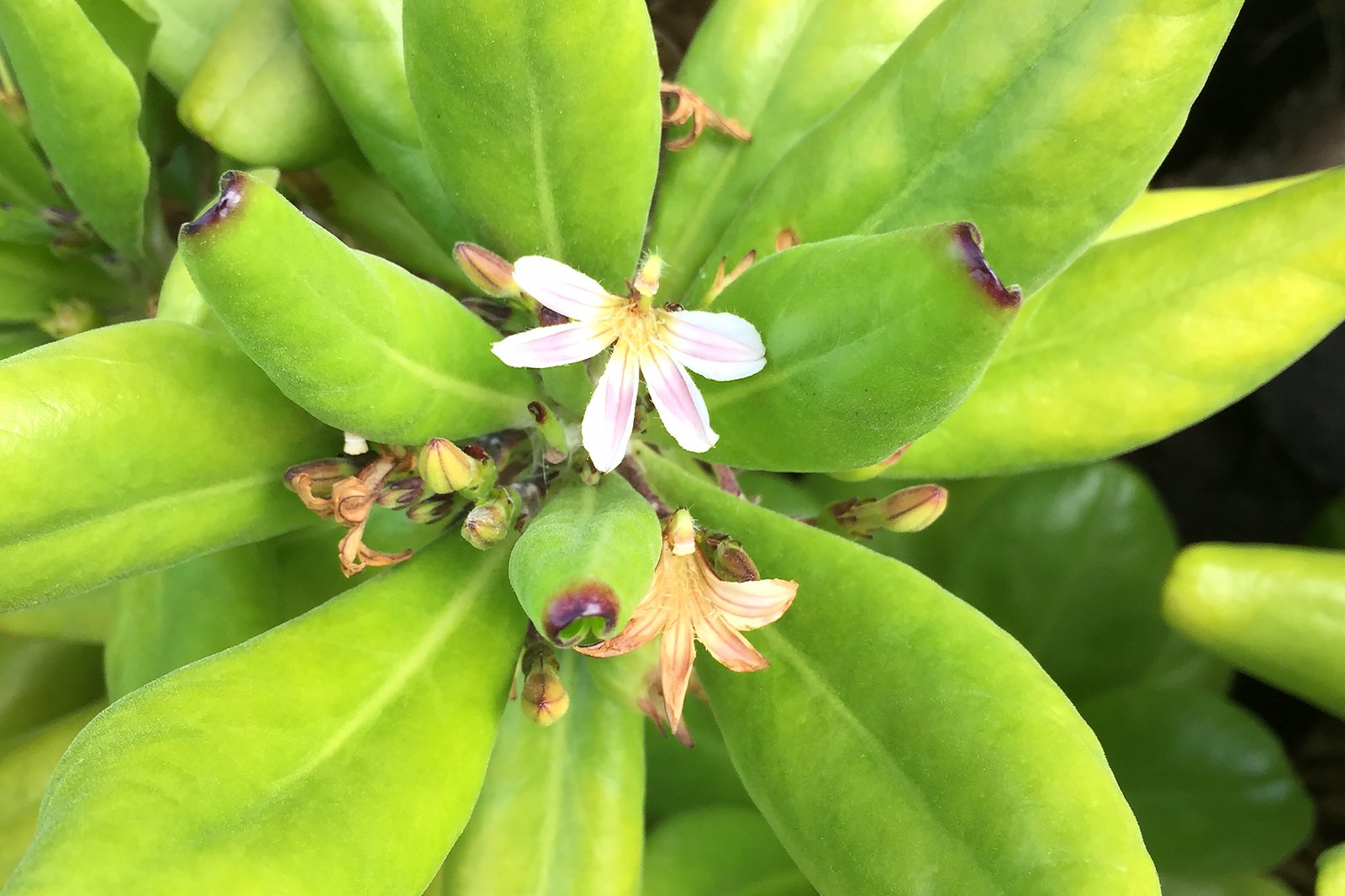 With petals that grow in a half-circle, the Naupaka is a unique flower found only in Hawaii. It’s believed to have blossomed this way as a result of an ill-fated love affair between two students at a hula school in Kauai, where dating was forbidden.

One night, a teacher spotted the couple and began chasing them. The girl, Paka, hid in a cave, but was found and killed by the teacher, who then chased the boy, Nau, up the mountain and killed him. Later on, the flowers were seen growing at the sites where Paka and Nau were killed, their half-petaled look a symbol of the couple’s eternal separation.

6. The love legend of Lehua flowers and the Ohia tree
Don’t mess with the volcano goddess 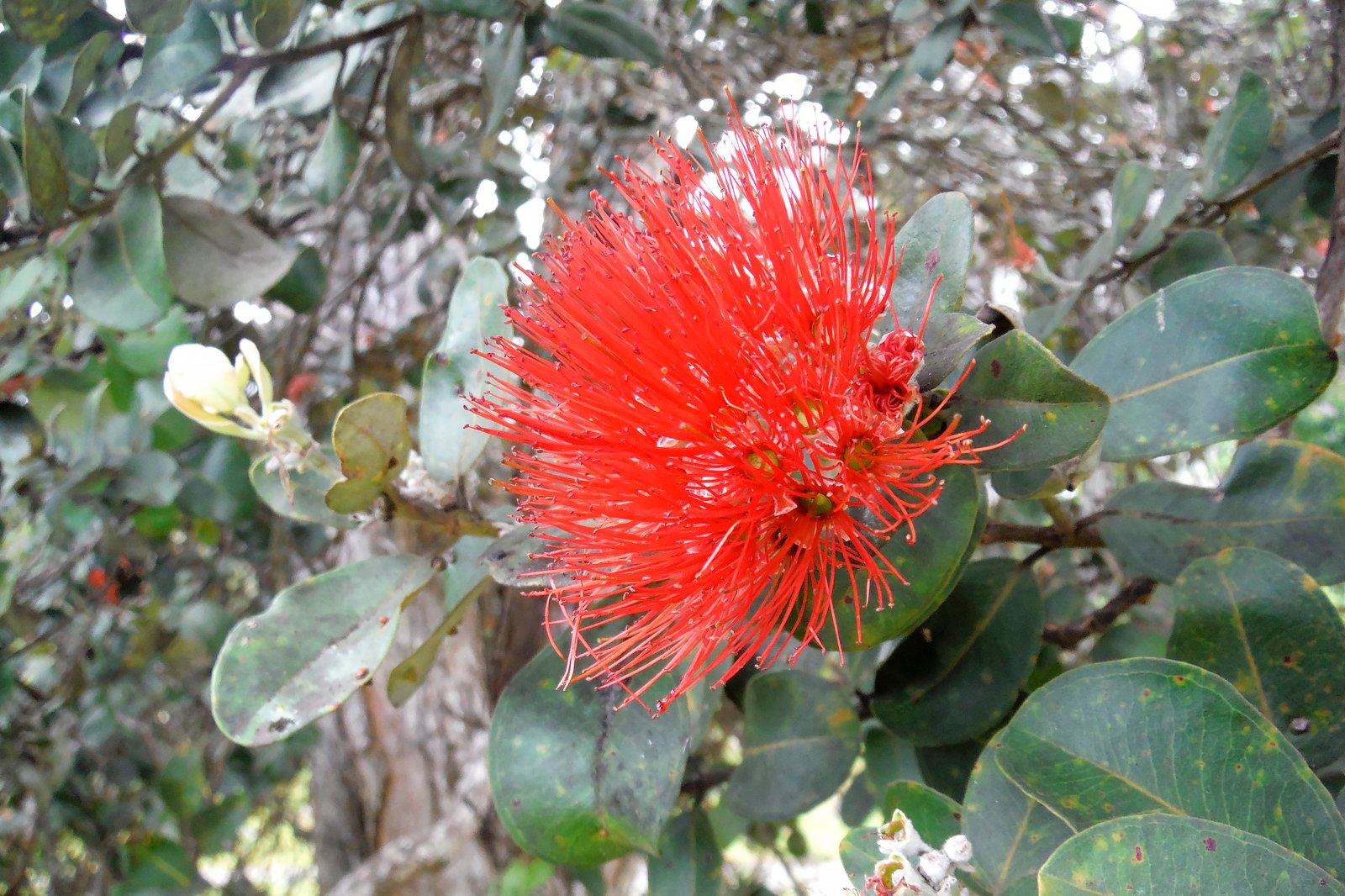 Entering a love triangle with powerful Pele is not going to end well if things don’t go her way. The volcano goddess once fell in love with a dashing warrior named Ohia, but when he told her he was in love with a woman named Lehua, Pele exploded in a jealous rage and turned him into a tree.

When Lehua found out she was devastated. Her heartbreak soon caught the attention of the gods, who took pity on her and changed her into a flower that grew on the tree. Ohia and Lehua’s symbiotic relationship lives on today, and it’s believed that if you pick the flower rain will fall soon after. 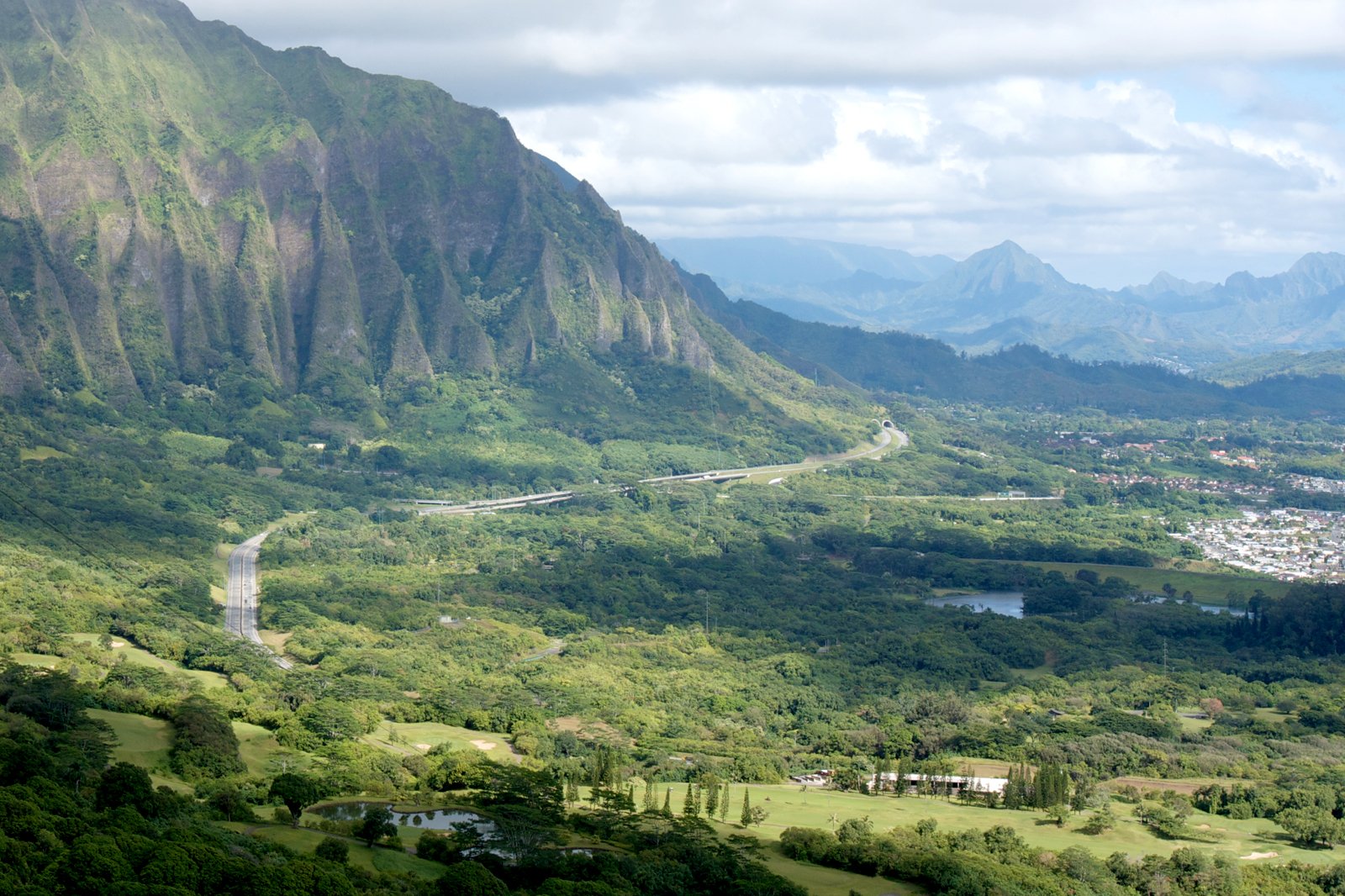 Pork is popular meat to eat in Hawaii but it’s best to leave it out of your picnic lunch if you’re traveling on the Pali Highway in Oahu. Pele the volcano goddess once had a tumultuous relationship with Kamapuaa, the pig god, which she cruelly ended by banishing him to the Kailua area of the island.

Vehicles carrying pork have been known to sputter to a stop when driving on the highway out of Kailua, believed to be caused by vengeful Pele who thinks someone’s trying to sneak her former lover out of his place of exile. The only way to carry on is to toss out the pork.

8. Honour your aumakua
Sacred spirits that guard the family 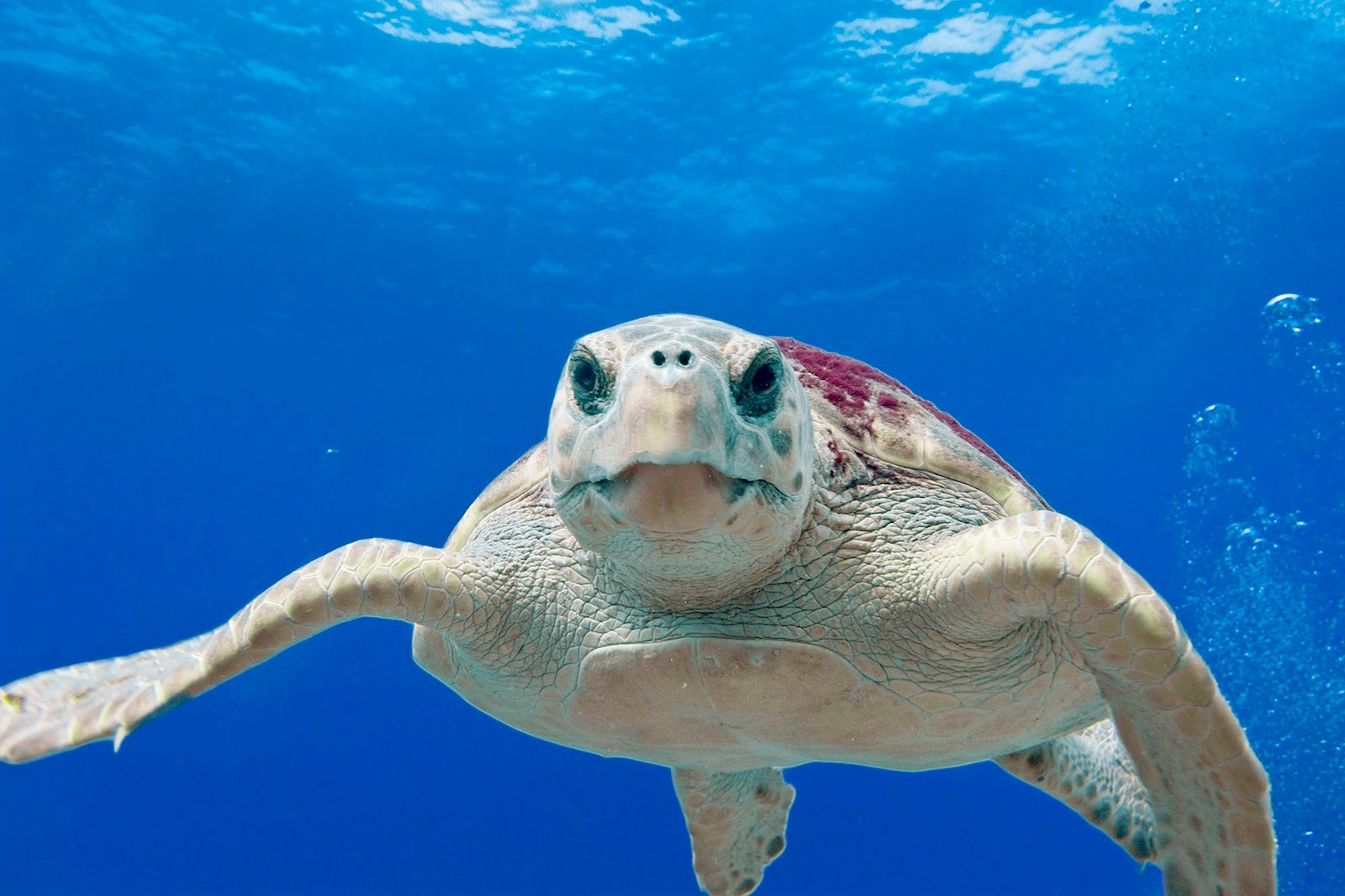 An ancestral spirit that often takes the form of a plant or animal, the aumakua was long an integral part of family traditions in Hawaii. As a guardian spirit with magical powers, the aumakua could be called upon to help the family and it was important to always respect one’s aumakua to avoid any revengeful actions. If an aumakua appears, like if an owl comes to sit in a tree outside a family’s home or a sea turtle is spotted in the water, it’s believed to be an omen of some sort, either good or bad.

9. Maui’s great battle with the sun
The birth of the summer season 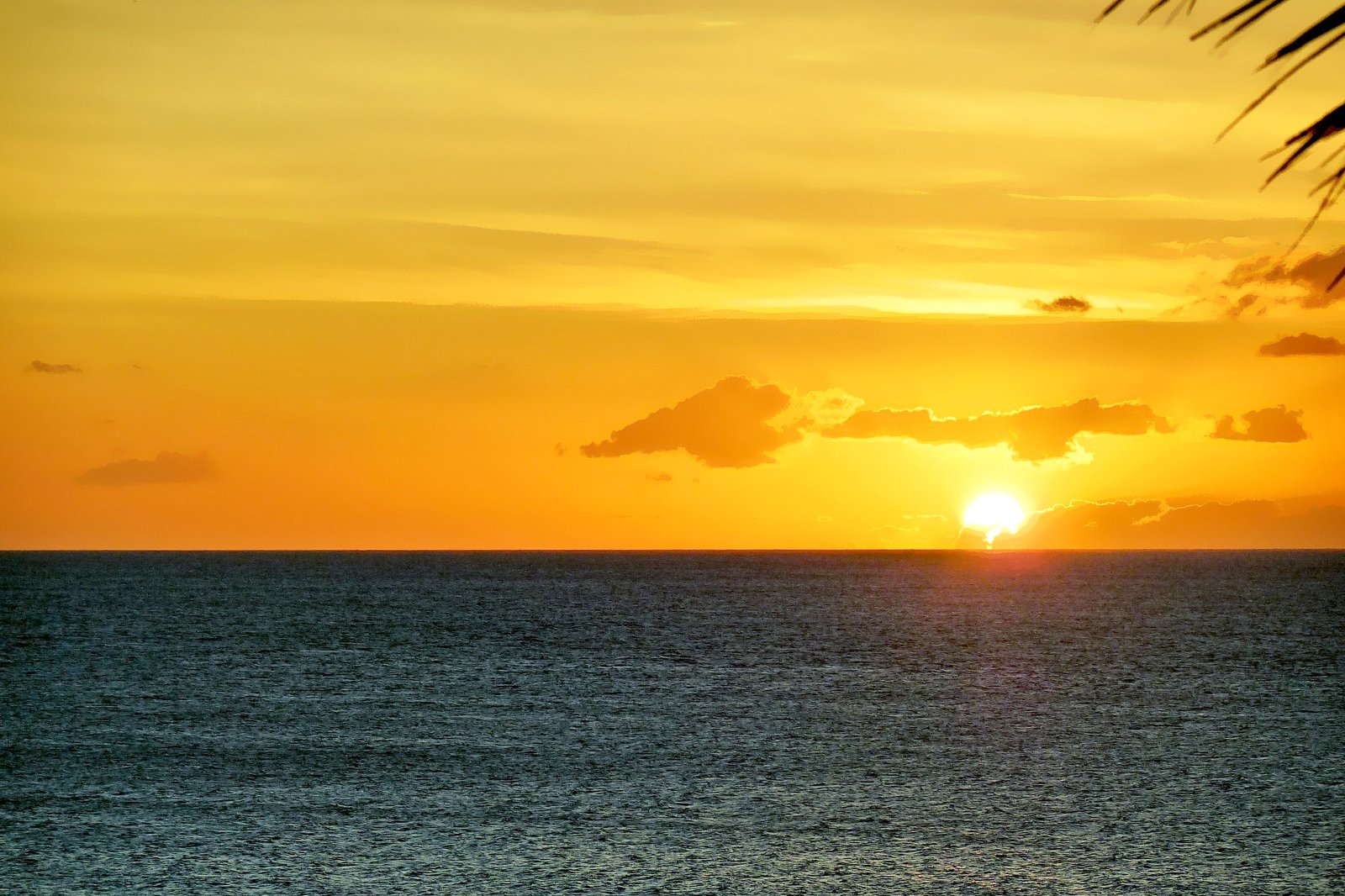 Maui was a shapeshifting demigod who went to extreme lengths to show his love for his mother, Hina. Hina was known for making fine cloth from tree bark but she often couldn’t finish her work because darkness fell too quickly.

Maui decided to help her, so he made a net and waited at Haleakala volcano. When the sun started rising, he ensnared it with the net and slowed down its passage through the sky. Maui started beating the sun with a magic club and the sun begged him to stop, eventually agreeing to travel more slowly for half the year to give people more daylight time for working, farming and fishing.

10. Watch out for the Green Lady child snatcher
The scary ghost of Wahiawa gulch

Dwelling in the forests of Wahiawa gulch on Oahu, the Green Lady is a horrifying green-skinned figure with teeth like daggers and hair draped in rotten-smelling moss and seaweed. She’s said to be the ghost of a woman who died from heartbreak after her child went missing on a walk through the gulch.

Wandering in distress, she now spends her days in search of another child to snatch up for herself as a replacement. To this day, local children are warned not to go into the gulch lest they get taken by the Green Lady.