Filled with wonderful old buildings, The Hague, known as Den Haag in Dutch, fits many visitors’ pre-conceived notions of how a city in the Netherlands should look. Though not the capital, it is the seat of the Dutch government and is referred to as the International City of Peace and Justice because so many organizations such as the World Court devoted to world peace can be found here. This bustling city of old-world charm is home to numerous museums that house some of the world’s greatest art collections, The Hague also is known for its seaside atmosphere, with great beaches to be found at Kijkduin and Scheveningen, a fishing village in an earlier life. 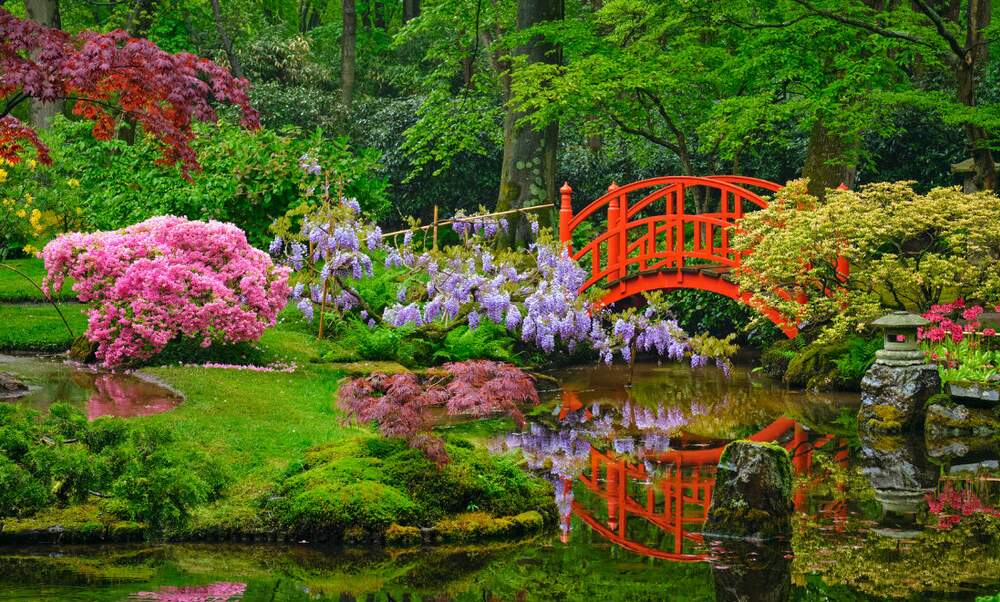 Clingendael Park is considered the most impressive park in The Hague, a place that is home to many beautiful gardens. But this four centuries old garden is best known for its Japanese Garden, created in the 20th century by a baroness who brought back items, such as sculptures and bridges, from her many trips to Japan. The garden contains lush vegetation, including mosses, an island with turtles and a stone crane – the turtle and crane are symbols of long life. The Japanese Garden is a popular The Hague attraction because it’s the only one from this time period in the Netherlands. 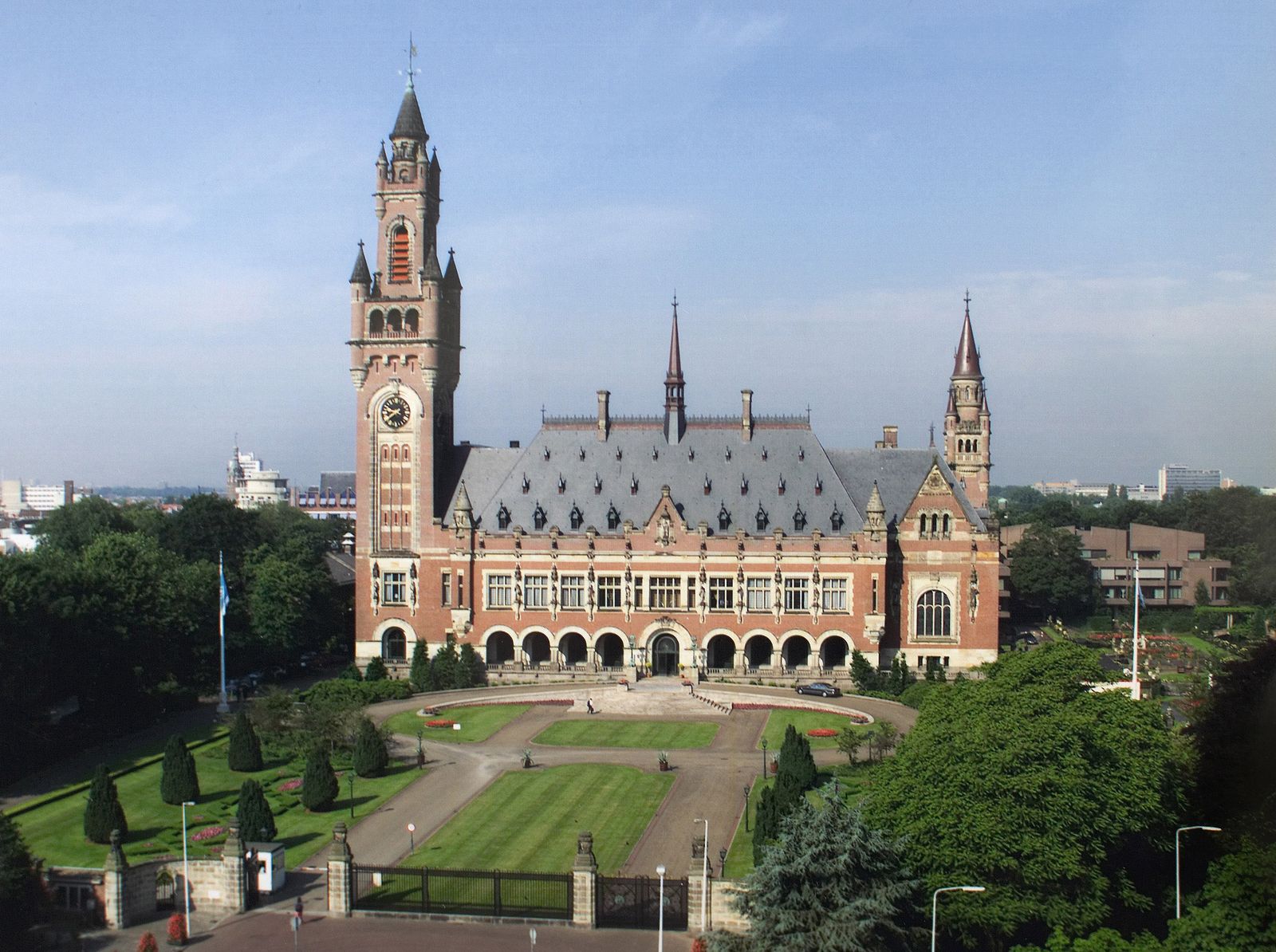 The Hague is known as the International City of Peace and Justice. Nothing says this more than the iconic Peace Palace, which celebrated its 100th birthday in 2013. Steel magnate Andrew Carnegie funded the building of the Peace Palace, and it remains the property of the Carnegie Foundation today. This Hague landmark houses several important international organizations, including the World Court, Permanent Court of Arbitration and the Peace Palace Library. Guided tours of the facility are available on weekends. A visitor center, with information available in seven languages, is open every day, however.

Gemeentemuseum Den Haag is a multi-faceted museum that includes exhibitions not only by well-known artists but also exhibitions on fashion, ceramics and music, among others. Considered one of the most beautiful museums in the Netherlands, the Gemeentemuseum Den Haag’s contemporary arts division has the largest collection of Mondrians, including Victory Boogie Woogie, in the world. Visitors say the Art Deco building that houses the museum also is worth a closer inspection. The museum, also known as the Municipal Museum, is outside the city center, but easily accessible by bus. 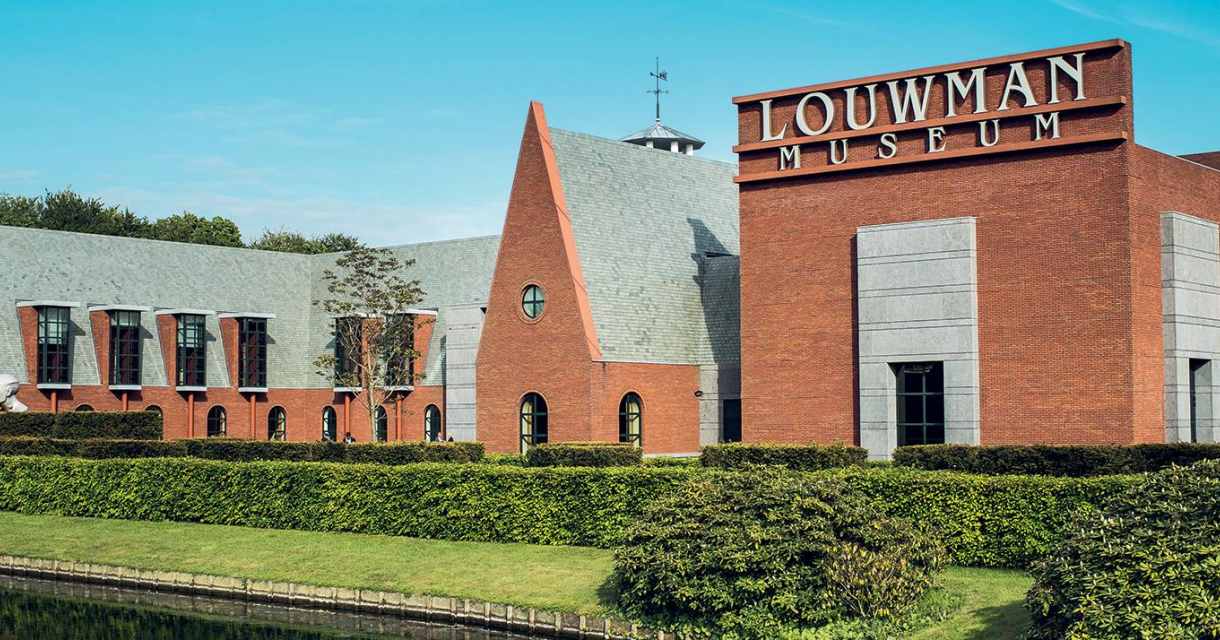 After looking at masterpieces on canvas, visitors may want to look at another type of masterpiece: antique and classic cars. The Louwman Museum contains more than 250 antique and classic autos, including vehicles dating back to 1886 as well as early motorcycles. Top cars include a Jaguar XKD 606 that won Le Mans in 1957 and a Laconda that won in 1935. The entire collection is considered one of the oldest and most beautiful private collections of classic cars in the world. The museum also has a collection of automobile-related art, such as posters. 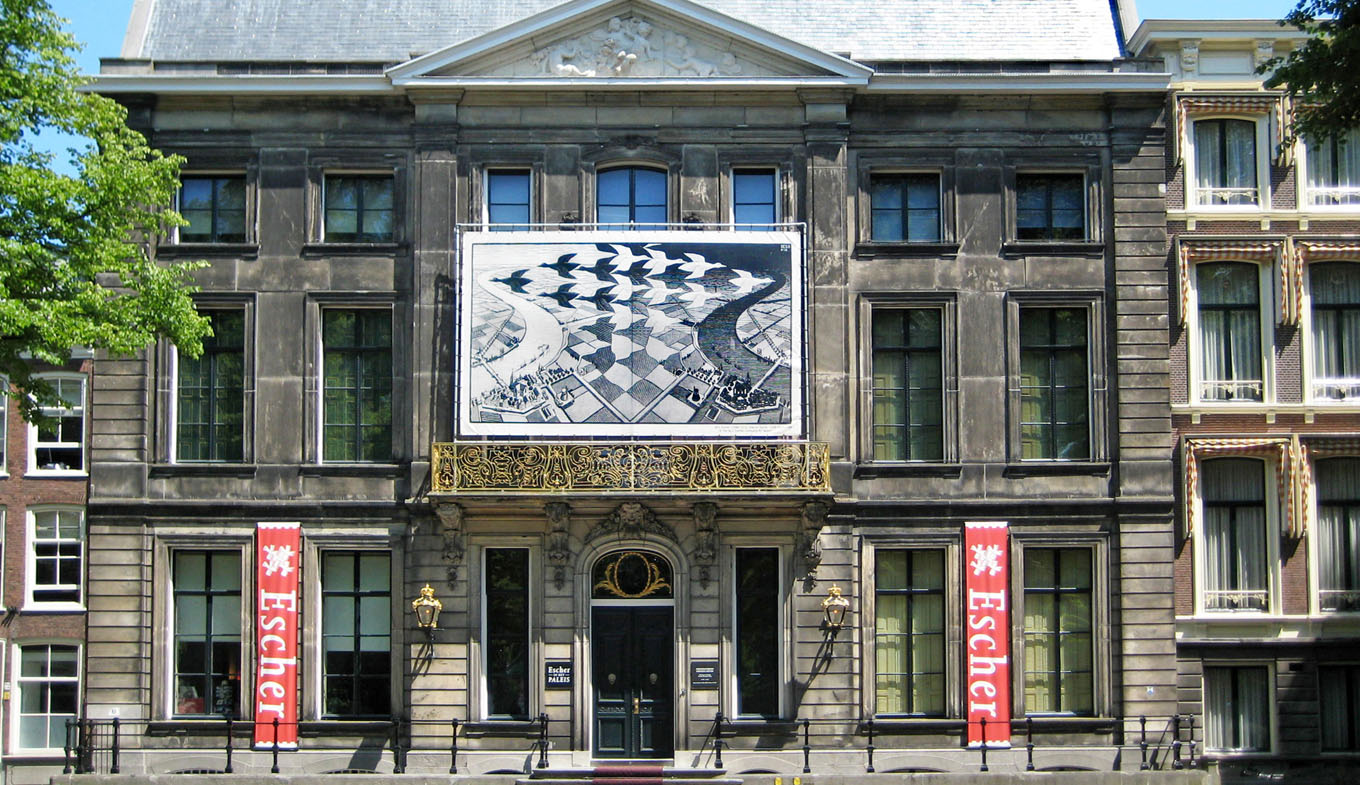 Maurits Cornelis Escher is considered one of the world’s greatest graphic artists, though he died in 1922. He was a master at drawing optical illusions. Escher’s masterpieces include Air and Water, in which birds become fish, and Waterfall, with water flowing upwards. The gallery of his art works is housed in the Palace Museum, which was once a winter residence for Dutch queens. The permanent exhibition includes a virtual reality display that allows visitors to more fully experience his unique artworks.

The smallest city in the Netherlands, Madurodam is a 1:25 scale model of a Dutch city. It features traditional Dutch buildings and famous landmarks from around the country. Buildings, markets, canals, windmills, Schiphol Airport, the Port of Rotterdam, Dam Square, the Delta works are all perfectly replicated to the smallest detail. Instead of being a static miniature city, Madurodam is actually full of life. The windmills turn, airplanes land at the airport, trains run through the park and the boats are floating. Popular with both young and old, it is one of the most visited attractions in the Hague. 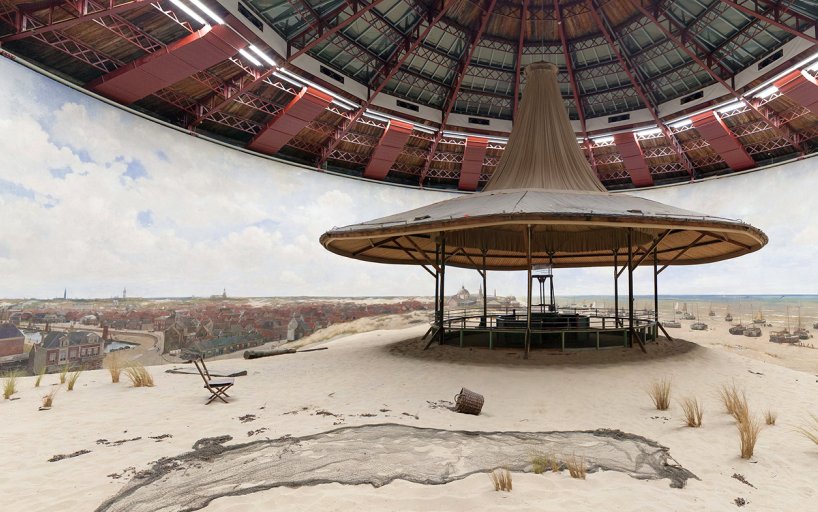 Panorama Mesdag definitely has lots of wow! factor. It’s a gigantic circular mural that is 14 meters (46 feet) high and more than 120 meters (280 feet) in circumference. It is a painting of the sea, dunes and the village of Scheveningen as it was in 1881. It was pained by Hendrik Wilhelm Mesdag, one of the most important painters from The Hague School. The mural is so huge, a special building was constructed to house it. Panorama Mesdag is the oldest 19th century mural that is still on the site it was built on.

Mauritshuis Museum provides an amazing opportunity to view some of the finest paintings from the Dutch Golden Age of Painting. It is home to 841 works by great artists such as Hans Holbein the Young, Frans Hals, Rubens (Night Scene), Rembrandt (Self-Portrait) and Vermeer (Girl with a Pearl Earring). The museum is housed in a 17th century Dutch Classicist house that belonged to a nobleman. This little known museum (outside the Netherlands, that is) attracts about a quarter million visitors a year. 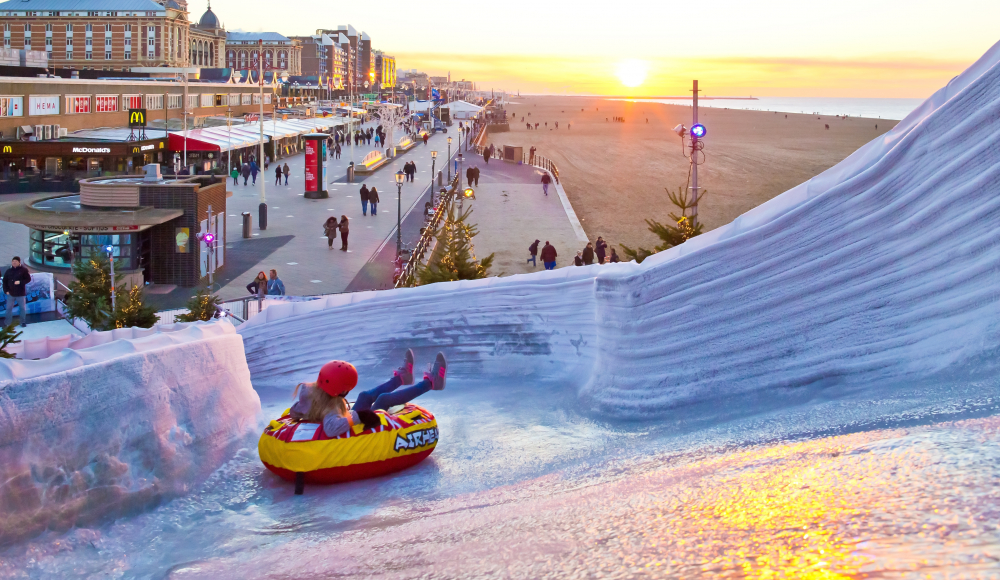 Scheveningen Boulevard is a wide boulevard that runs along the beach at Scheveningen, once a sleepy fishing village and now a seaside resort. One top attraction is the Scheveningen Pier, a promenade that dates back to the early 20th century; today, it is an entertainment and shopping complex. The Kurhaus also is a must-see; it’s a large hotel that started out as a bathhouse in the 19th century, and has since played host to famous people from Churchill to Bon Jovi. The Sculptures by the Sea focuses on international sculpture works. It is notable because it’s built underground instead of atop the sand dunes. 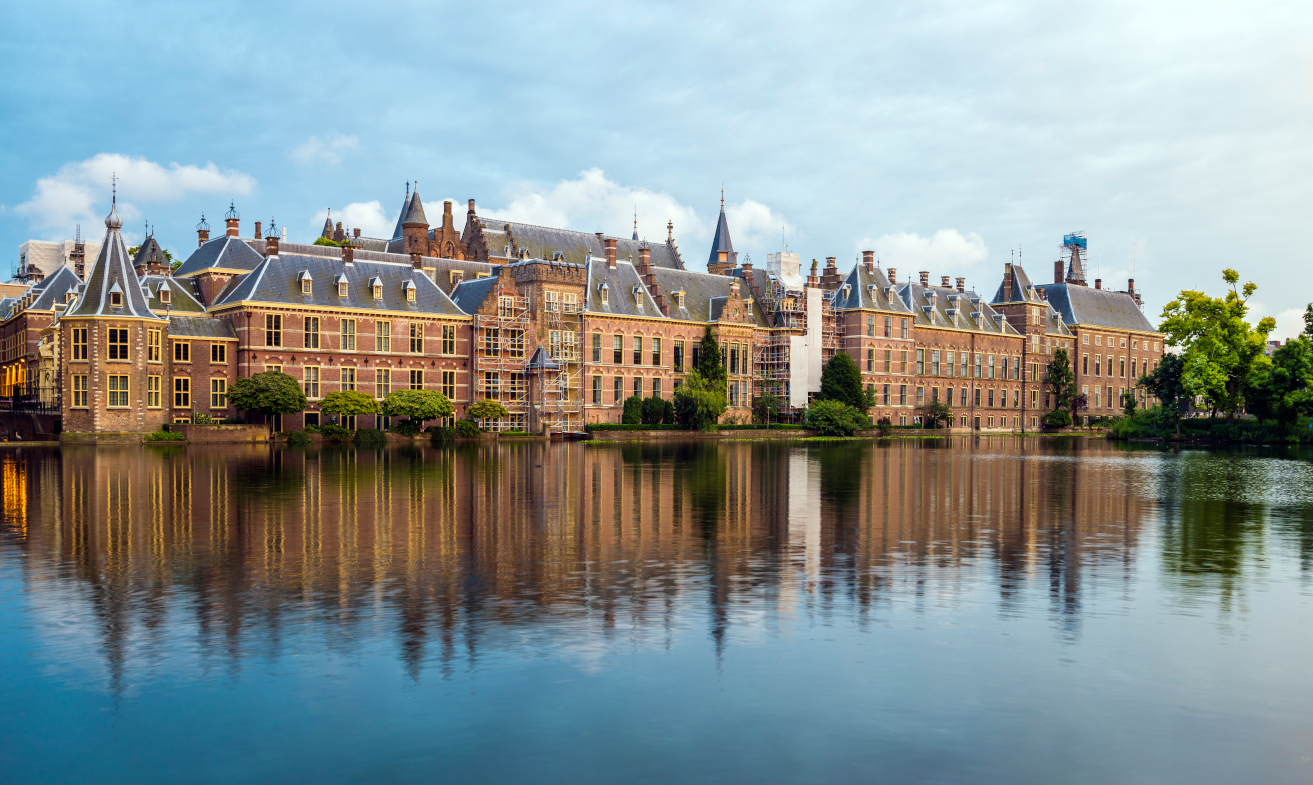 Binnenhof is a 13th-century castle that makes a mighty impressive home for the top government offices in the Netherlands. It’s where both houses of Parliament meet and houses the Ministry of General Affairs and the office of the Dutch prime minister. Once a series of buildings that were joined together, Binnenhof is famous as the oldest house of parliament in the world still in use today. The gothic structure is located in The Hague’s city center next to the Hofvijver pond. In the center stands the Ridderzaal or Knight’s Hall, the centerpiece of the castle, today used for ceremonial purposes. The Knight’s Hall is accessible in guided tours.

Night train between Amsterdam and Zurich to launch this winter

Take A Culture Trip Through The Hague