Getting to far-off Australia involves a long flight for most travelers. You can use the time to rest since you’ll want to hit the ground running if touring the country’s national parks is on your agenda. Australia has more than 500 national parks. Each has its own distinct characteristics, such as spectacular limestone and sandstone rock formations, gorgeous beaches, beautiful scenery and a wondrous array of flora and fauna, including the world-famous kangaroos and dingoes. Here’s an overview of the top national parks in Australia: 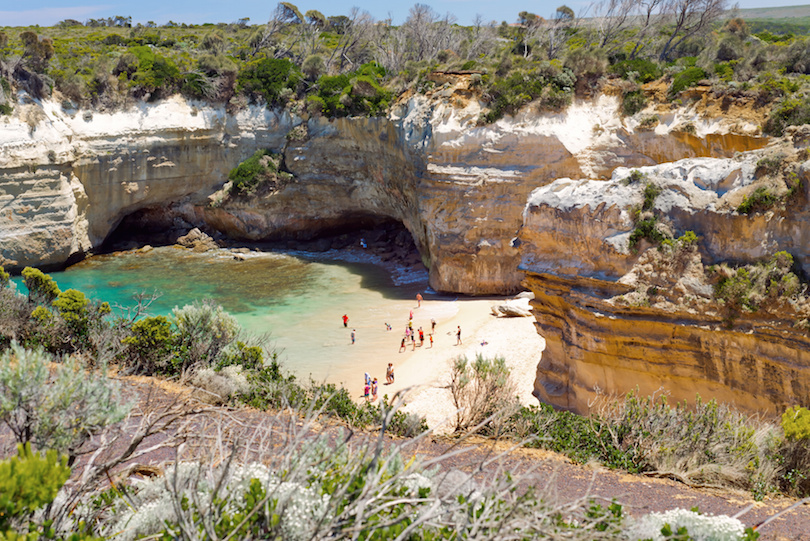 Port Campbell National Park is the place to go if you’re looking for awesome scenery that combines the ocean with spectacular rock formations. These stunning limestone rock formations were formed by wave action of the Southern Ocean, and have such names as the Twelve Apostles, Loch and Gorge, and London Bridge. The park also is a good place to learn about old shipwrecks, since it’s located on Victoria state’s Shipwreck Coast. Enjoy the views from the discovery walk route or drive the Great Ocean Road. Flora, including orchids, and wildlife, including peregrine falcons, abound here. 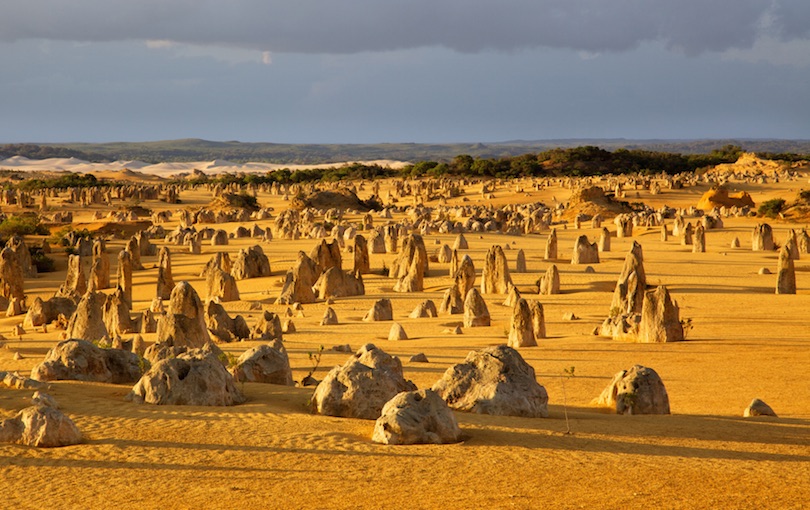 Nambung National Park is another place that combines the ocean with outstanding rock formations. Only these rock formations, some dating back 3.6 billion years, aren’t in the water; they’re in the adjacent Pinnacles Desert. Thousands of pinnacles or pillars rise up from the yellow sand bordering the Indian Ocean; some formations are short and fat, others are skinny and taller. Wildlife is abundant here, with 176 species of animals, so you might see grey or red kangaroos, dingoes and even humpback whales during their migration season. Enjoy a walk on the Western Australia beach at Kangaroo Point. 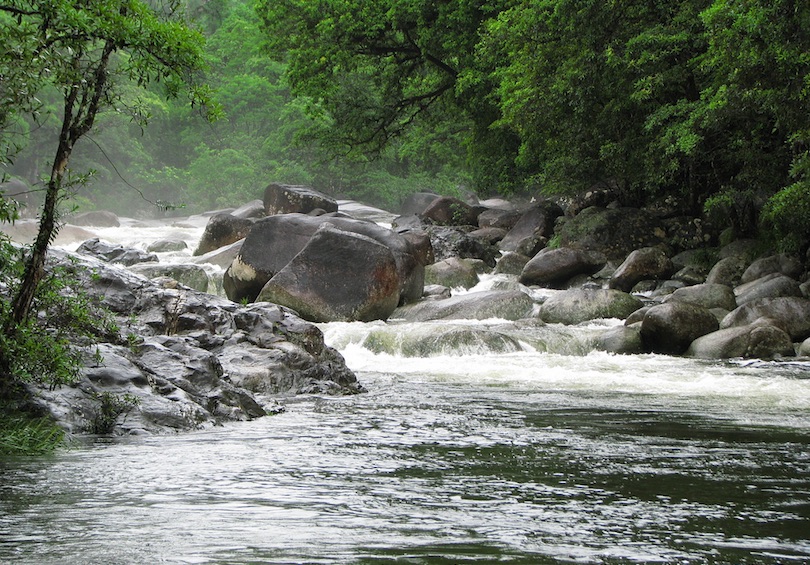 Daintree National Park is known for its magnificent rainforest, the oldest in the world. Located in Queensland’s Far North, the park is home to flora and fauna that is found nowhere else on the planet. Daintree National Park gets heavy rainfall year ‘round, but it’s worse during the summer monsoon season, so plan your visit accordingly. If you can ignore the summer floods, you may see box jellyfish that are most active at this time along the coastal waters while freshwater swimming holes are at their fullest and cleanest at this time of the year. 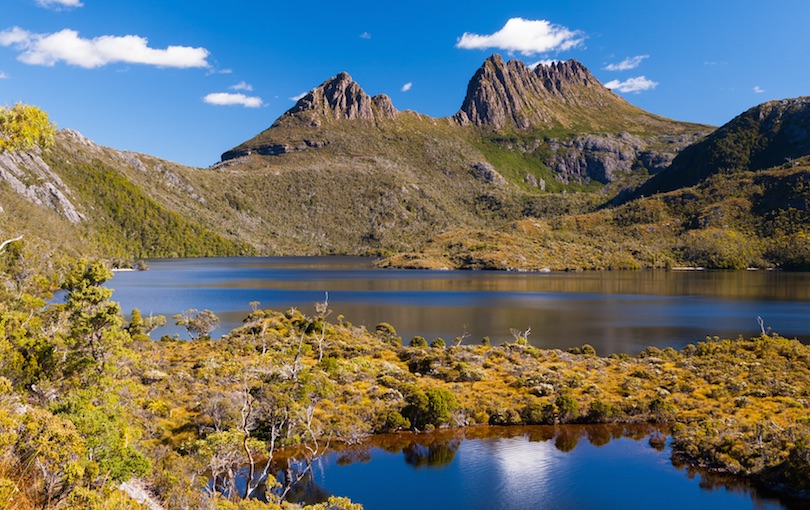 Take a plunge into the wilderness at Cradle Mountain-Lake St Clair National Park on the island of Tasmania. The park is home to a variety of environments, ranging from rainforests to alpine mountains, from Cradle Mountain in the north to Lake St. Clair in the south. Hiking enthusiasts will enjoy the famous six-day Overland Track that will take them through gorgeous mountain scenery; do note the parks service charges hikers a fee to make this trek. The park’s stunning scenery makes it one of the most popular natural areas in Tasmania. 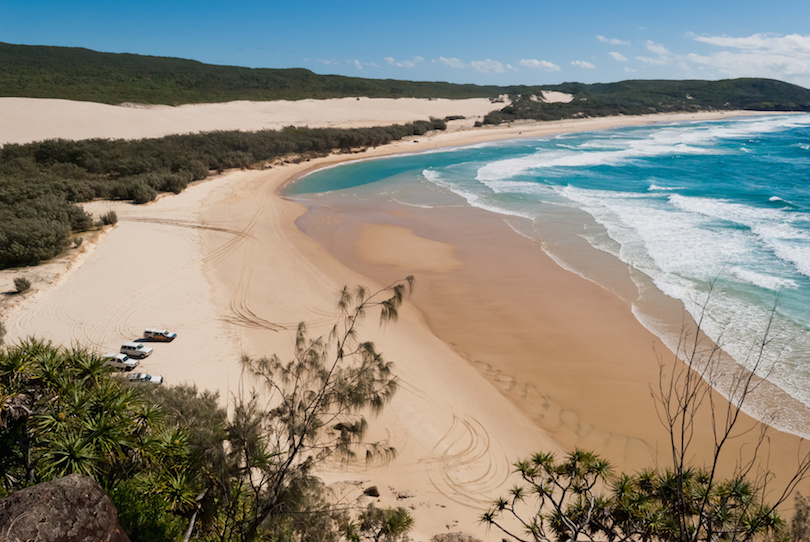 If seeing dingoes is high on your list of must-dos in Australia, head over to the world’s largest sand island, Fraser Island, in Queensland’s Great Sandy National Park. The howling dog-like animals are a protected species on the island. Be sure to follow park safety rules as they can be dangerous to humans. Dingoes aside, the park has a variety of features ranging from beaches and swamps to rain- and mangrove forests as well as a variety of birds. Take the five-day Coolpola Great Walk or tour by vehicle; 4WD vehicles are recommended since the terrain is rough. 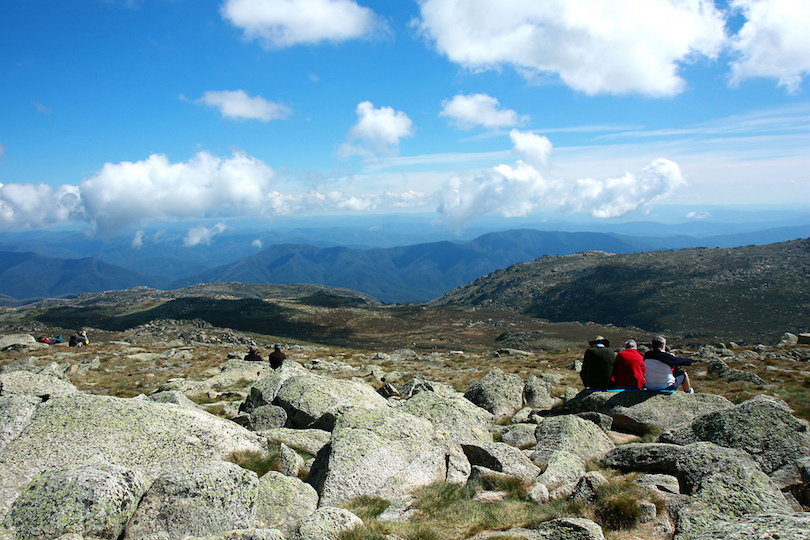 Picturesque is a good word to describe Kosciuszko National Park in southern New South Wales. Mountain scenery reflected in pristine glacial lakes is picture-postcard perfect. This is Snowy Mountains and Murray river country, after all. The park is home to Mount Kosciuszko, the highest peak in mainland Australia, and Cabramurra, the country’s highest town. Home to aborigines for around 20,000 years, the park is the only place where the endangered southern corroboree frog can be found. The year ‘round tourist destination offers skiing in winter, and hiking and horseback riding in the summer. 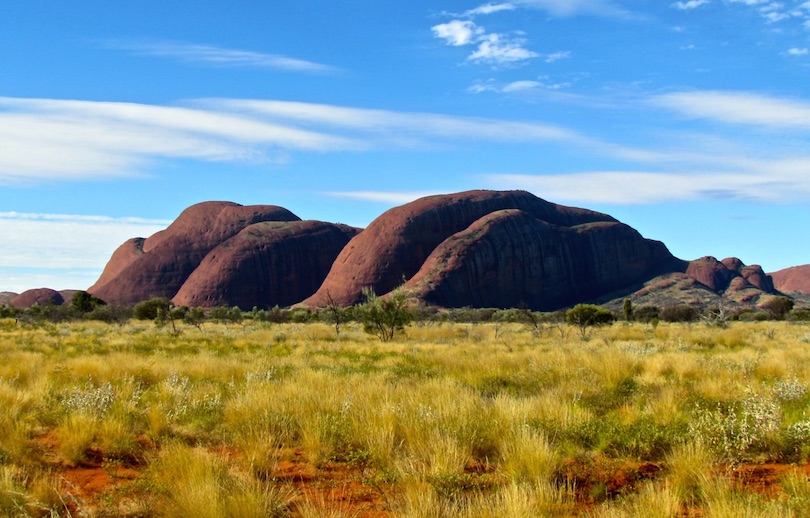 Many visitors to Australia’s Uluru-Kata Tjuta National Park may be more familiar with its former name of Ayers Rock. The name was changed to reflect its aboriginal heritage when Australia’s most famous natural landmark reverted to native ownership. It is the spiritual center for the region’s aboriginal peoples. Uluru is a huge sandstone monolith rising out of the Northern Territory’s Central Australian desert. The Kata Tjuta part of the park consists of 32 rock domes. This is the place to be if you want stunning sunrise and sunset photos as the rocks change colors in the sunlight. 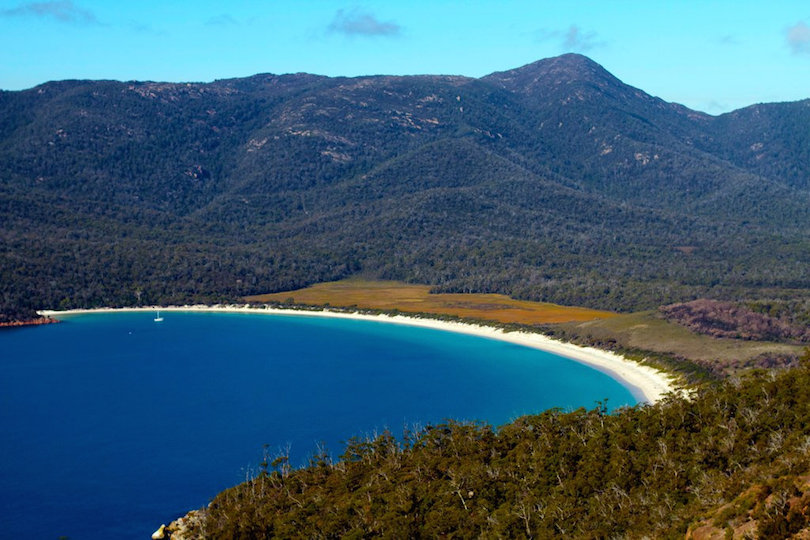 The Hazards, rugged pink and red granite mountains, rise out of the sea at Freycinet National Park, Tasmania’s oldest park. Below the formations are the gorgeous blue waters of Wineglass Bay, considered one of the best beaches in Australia. While you’re on the lookout for rare flora and fauna (this is a good place for birdwatchers), you may come across sites associated with the aborigines. Some areas of the park are so remote, they have yet to be visited by humans, who otherwise visit here for sea kayaking, fishing, beachcombing and other water activities. 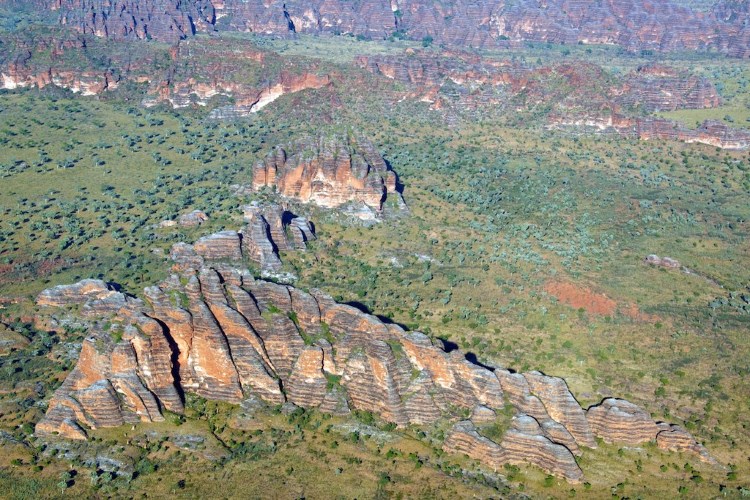 When scenic views count, the best way to see Purnululu National Park is from the air. The park’s Bungle Bungle Range is spectacular as you fly over bee-hived shaped karst sandstone formations that are marked with orange and black stripes. FYI, Bungle Bungle is an aboriginal name that means “sandstone.” These sandstone formations are some of the most extensive in the world. Western Australia’s Purnululu is a great place for hiking; campers need to bring food as none is available within the park. Because of the rough but scenic terrain, some parts of the park are accessible only with 4WD vehicles. 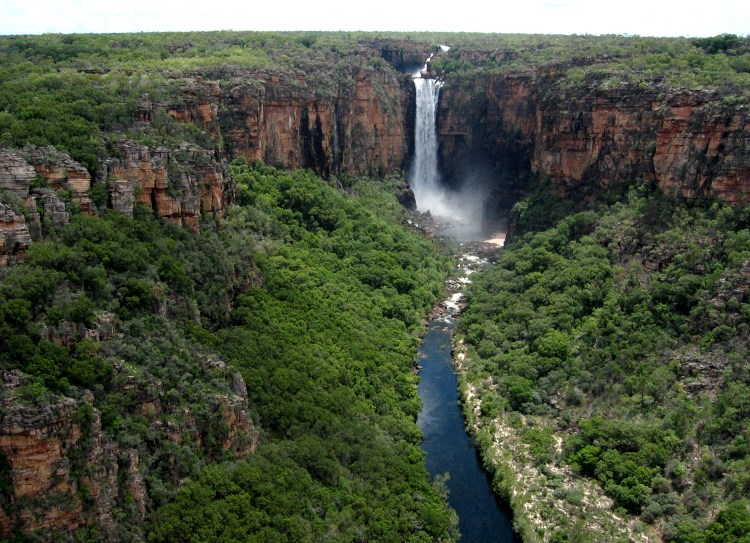 Kakadu National Park may be the only place on earth where you can see both crocodiles and aboriginal rock art. Aborigines have lived in the region for 40,000 years, creating their rock art in about 5,000 places. Located in the Northern Territory, Kakadu is home to diverse terrain, and flora and fauna, including kangaroos and giant crocodiles – the Alligator River is within park boundaries. It is the largest national park in Australia; about half the size of Switzerland. Situated inside the park is Ranger Uranium Mine, one of the world’s most productive.

Why a Whitsundays scenic flight is a must-do in Australia