Steeped in history and culture, Edinburgh is a wonderful city to visit. However, its distinctiveness also means that it presents a lot of opportunities for you to embarrass yourself. If you’re planning to follow the old adage of “when in Rome, do as the Romans do”, you might be surprised to find that a lot of people in Edinburgh don’t do what you might think they do.

Generally speaking, the worst you’ll get from repeating any of the following common mistakes people make when visiting Edinburgh is a common cold and maybe a few wary looks from the locals. However, being prepared could help you save a little money and a bit of confusion, as well as giving you a more enjoyable experience of the Scottish capital. 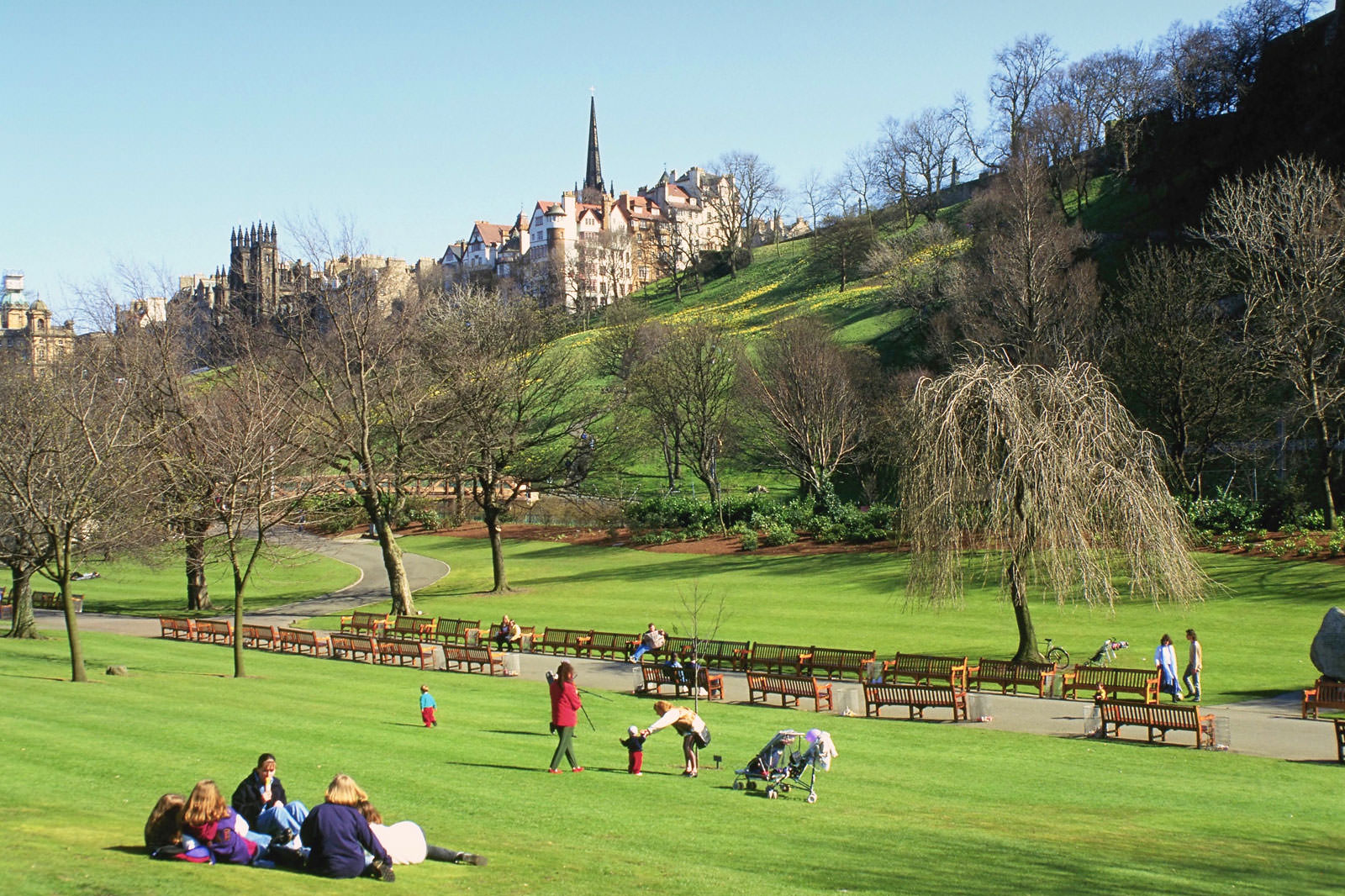 The city’s name is not pronounced as “Edin-burrow” either. It’s “Edin-bura”, or “Edin-bra” if you say it fast enough. Getting this wrong will really get on the nerves of locals. There are also some street names visitors often get wrong, which can cause some confusion when it comes to getting around. Princes Street is “Prince’s Street” (not “Princess Street”), Cockburn is “Coe-burn”, and Buccleuch is “buh-clue”.

2. Not bringing a raincoat 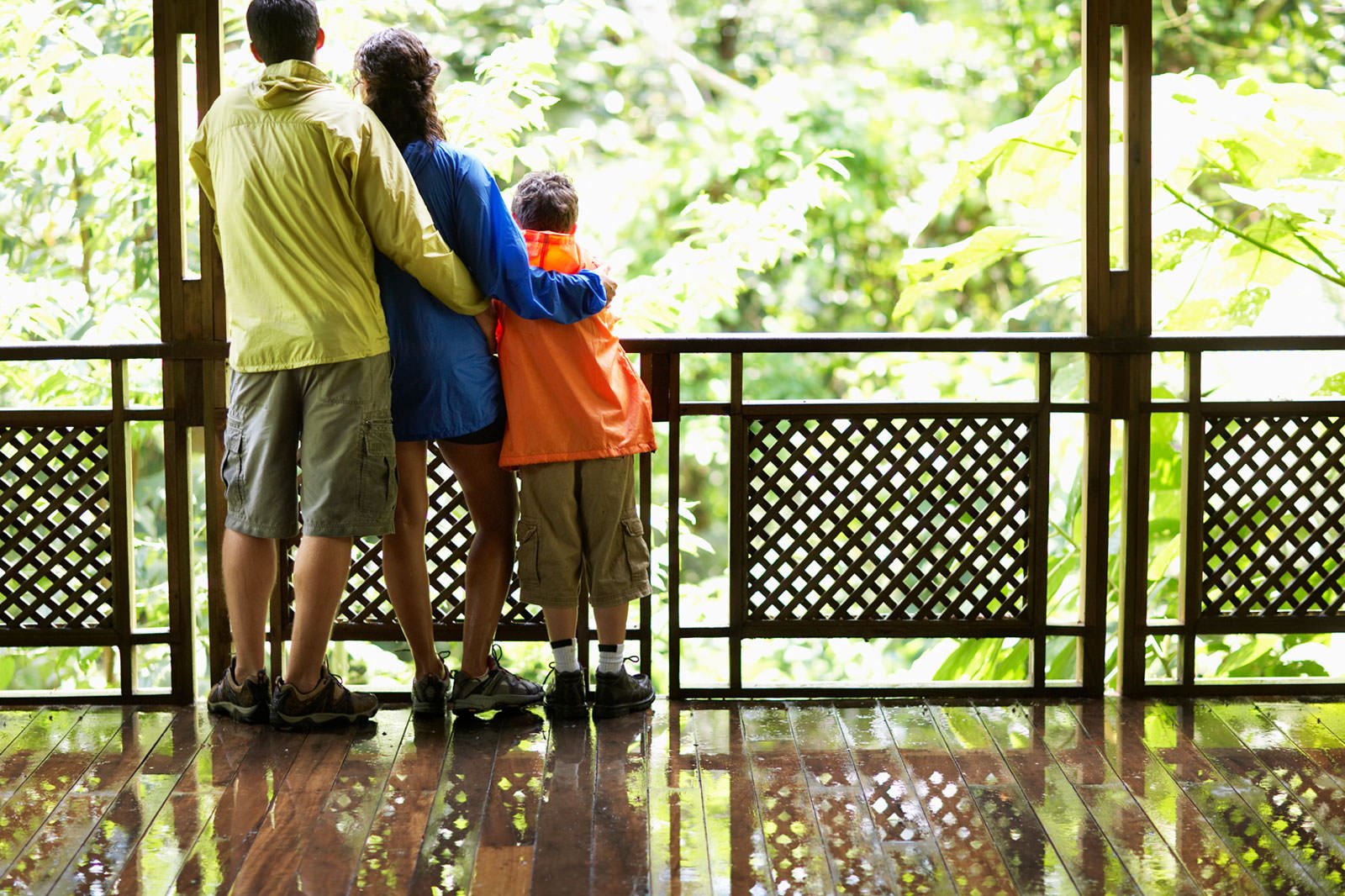 Scottish weather is notoriously unreliable. It’s said that you shouldn’t trust either a blue sky or a cloudy one because you can never tell what it’s going to do. Even if you’re visiting Edinburgh in the height of summer, it’s best to carry a good waterproof raincoat with you, or else risk a soaking. Don’t bother trying to manage with an umbrella as it won’t last long in the often-fierce winds.

3. Not using the buses

And not having the exact change

It’s tempting to use the hop-on-hop-off buses to get around Edinburgh, with a couple of different companies offering this service. However, Lothian Buses (the local municipal bus service) are arguably better and a fraction of the cost. They even have a mobile app you can use to find which buses you should board to get where you’re going. The only downside is that you need to have the exact chance to buy a ticket. Of course, walking around is even cheaper, but Edinburgh is extremely hilly. If you want to avoid exhaustion, researching the bus service is a must.

Or worse, with Coke 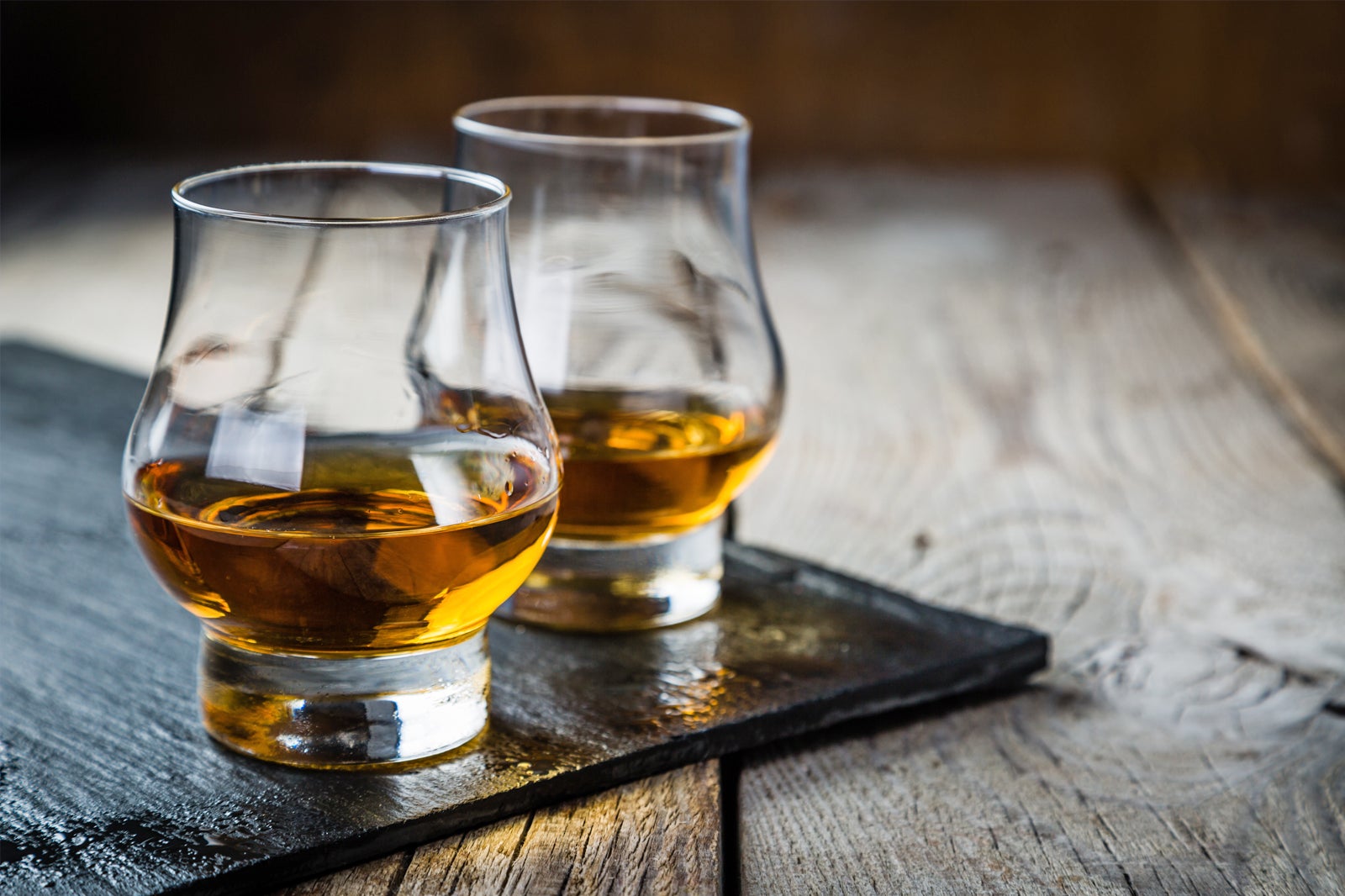 Scots are understandably proud of their whisky. Generations of expertise and years of aging have gone into crafting a complex tipple as fine as any French wine. If you order your single malt on the rocks, a discerning barkeep will strongly advise you to try it neat first (as it’s meant to be served) and maybe add a splash of water if necessary. Less discerning ones will put the ice in, but they’ll be judging you while they do. The judging will be that much more intense if you waste a perfectly good dram by ruining the flavor with Coke.

In a metropolitan city like Edinburgh, it’s quite easy to forget just how far north Scotland actually is. It’s not quite in the Arctic Circle, but it really isn’t that far off. You can even see the Northern Lights in some parts of the country. Anyway, being so far from the equator means that the length of the days changes a lot from season to season. Sunset can be as late as 10 pm in summer or as early as 3.40 pm in winter. In other words, don’t be surprised to find shops closing, people having dinner, and the city’s nightlife kicking off well before it’s actually nighttime.

6. Only hitting the tourist bars

They can be fun, but they’re not “local”

Scots are famously big drinkers and, if you want to really connect with the locals, the pub is the best place to start. However, the establishments on or around the main attractions and streets are mostly tourist’s joints, often shunned and avoided by Edinburghians. They’re also usually extremely busy, so you might even struggle just to get served, let alone have an authentic local experience. Instead, look for the smaller places down unassuming side streets and listen to the sounds of Scottish folk music emanating from their doors.

7. Trying to fake a Scottish accent

Or claiming that you’re part-Scottish

You wouldn’t try to fake a Chinese or Indian accent so please don’t try to pretend you can talk like a Scot – you’ll just embarrass yourself and everyone around you. Claiming to be 1/16th Scottish doesn’t make it acceptable. On that note, the immense amount of migration out of Scotland over the past few centuries means that a lot of people can claim to be a tiny fraction of Scots. Locals really don’t care if your grandmother’s cousin’s nephew’s step-sister was from the Highlands. They’ve heard it a million times and were just as unimpressed the other 999,999 times.

8. Rubbing the nose of Greyfriars Bobby 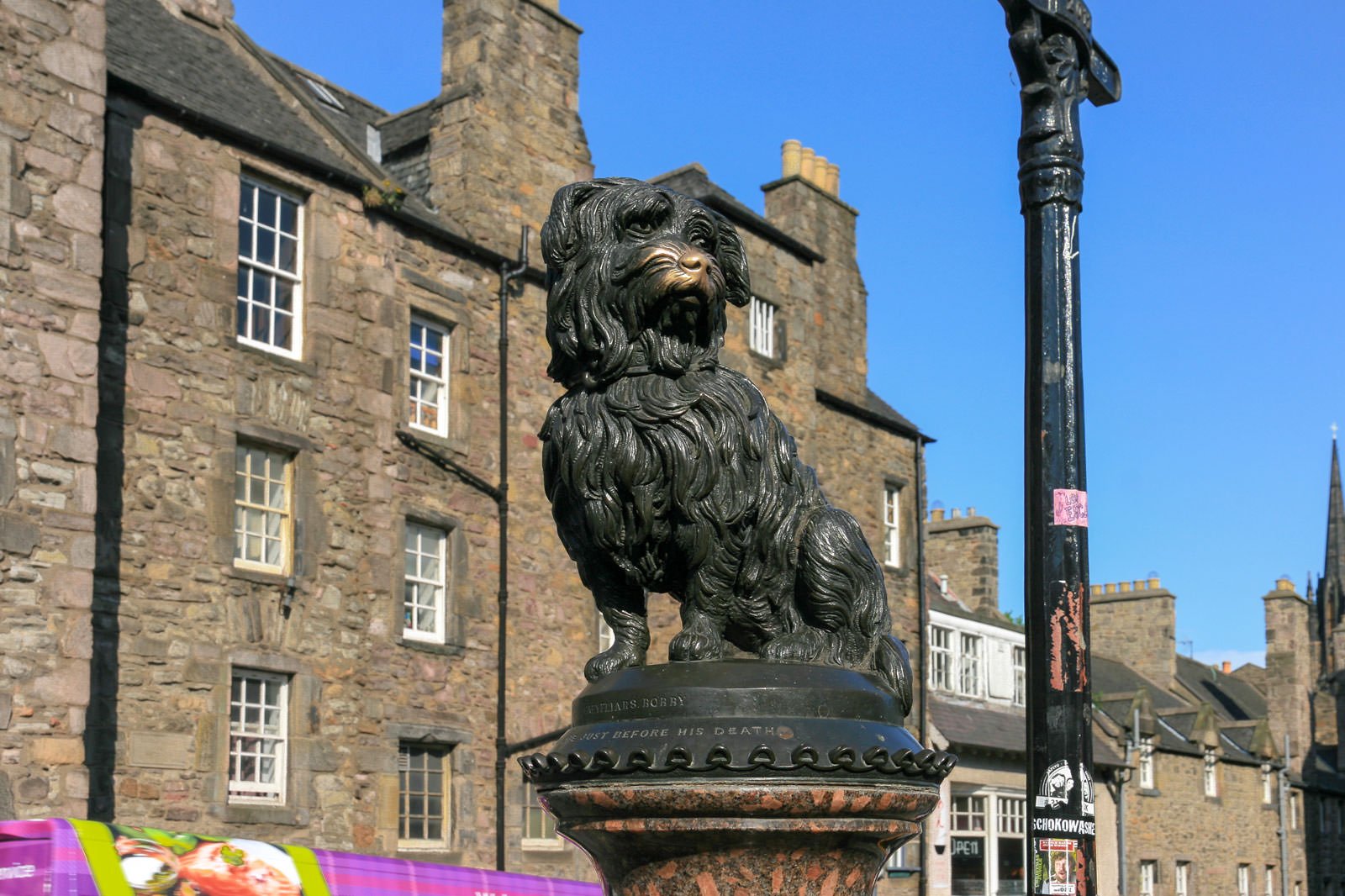 Greyfriars Bobby was a Skye terrier so loyal to his owner that he sat waiting for him by his grave for 14 years. A statue was erected outside Greyfriars Kirk to commemorate this heart-warming story of canine loyalty. Unfortunately, someone began the myth that rubbing the nose of the statue would bring good luck. Locals have never believed this and they actually get kind of frustrated with people doing it because they’re wearing down the bronze of the statue. 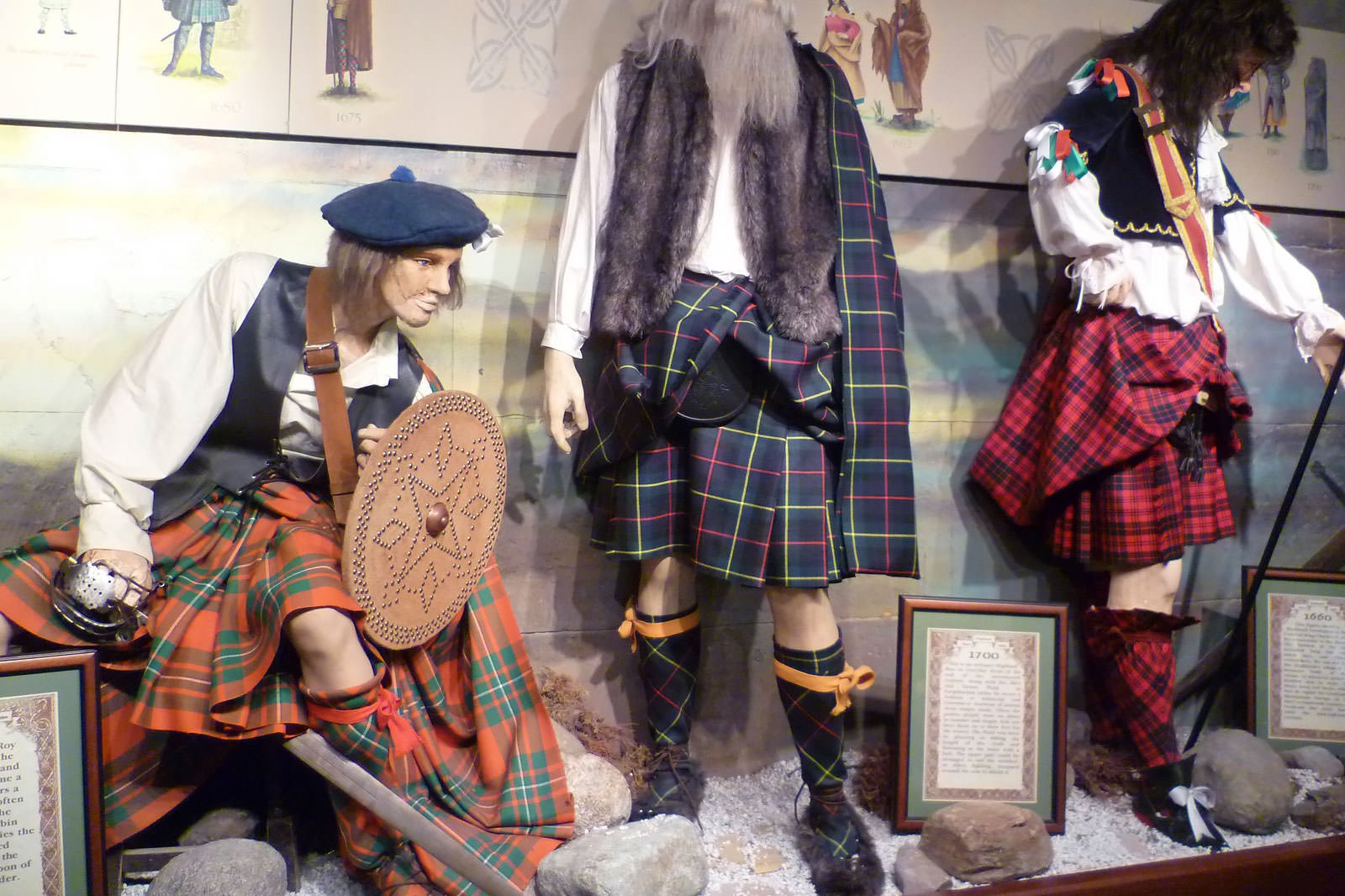 Many shops make bold claims about having the tartans of hundreds of different clans in stock. No matter how far from Scotland your home is, there’s almost certainly a tartan with your family name on it. The reality is that a very small number of Highland clans ever had their own pattern and most of the rest are just made up to help sales. Incidentally, deciding to actually wear a kilt of that tartan around town is…well, it’s not technically a mistake as increasingly more young Edinburgians are doing it, but it’s definitely brave. Those things are seriously draughty and the city’s climate will not be kind to you.

10. Being unprepared for the Edinburgh Festival Fringe

It’s almost the whole of August 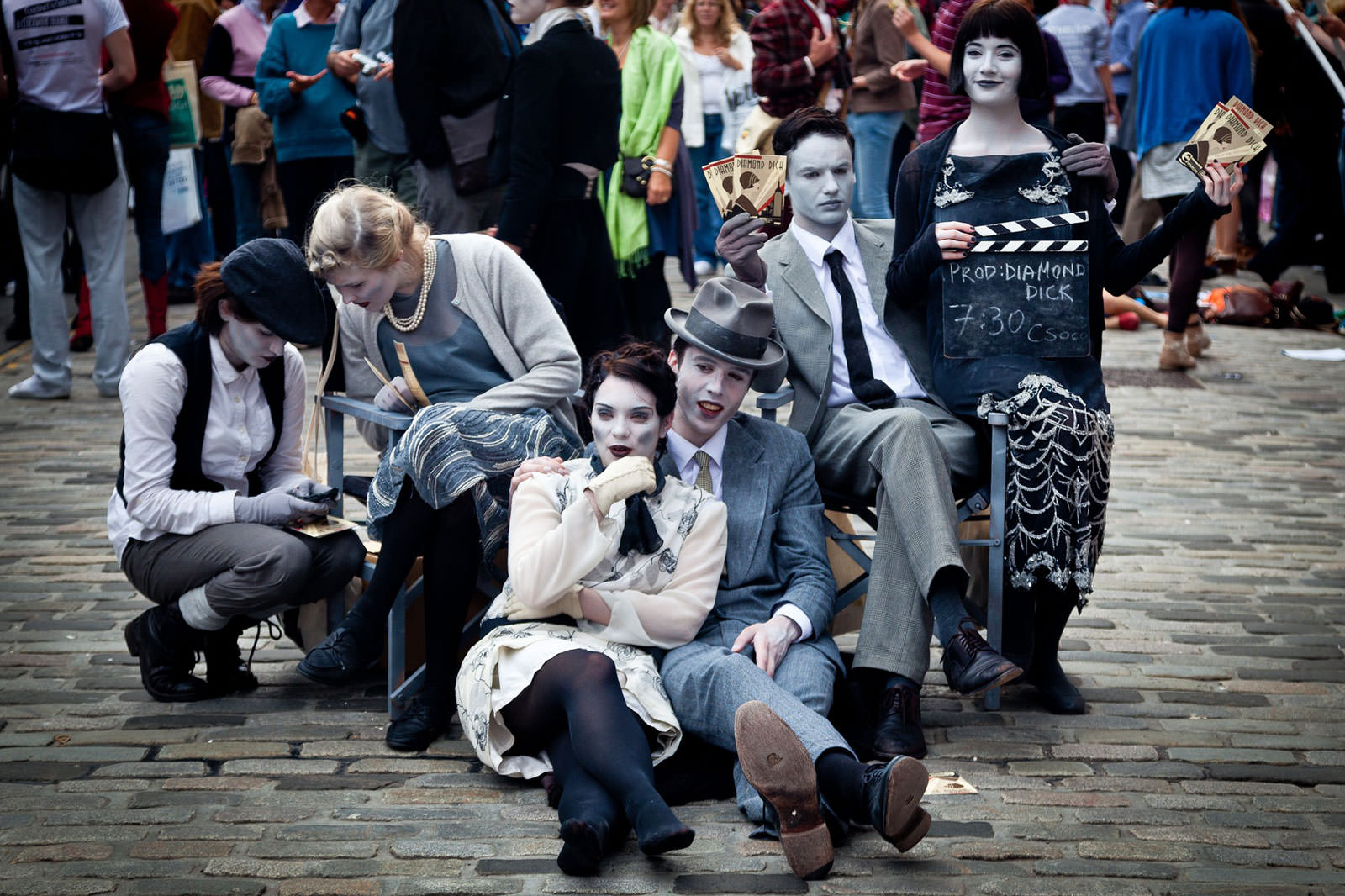 The Edinburgh Fringe is one of the world’s largest cultural festivals. If you’re planning a simple, quiet visit to the city for the summer, you certainly won’t get that in August. Instead, you can expect the streets, hotels, public transport, theatres, and bars to be packed most days. What if that’s what you’re coming for? Well, you’ll need to be prepared for the sheer scale of it. There can be over 53,000 performances spread across 300 venues – it’s physically impossible for you to see absolutely everything, so pick your priorities with care.

Did You Know? 13 Fun Facts About Scotland