Germany continues to be one of the world’s most popular destinations. This is a land full of fascinating historical landmarks, striking architecture, addictive food, and fun festivals that draw people in from all over the world. Germany also tends to be a fairly easy and convenient country to visit for western travelers, but if you’re not careful, it’s possible to make some silly blunders!

The way to avoid making mistakes as a first-timer in Germany is to do your research before you go. We’ve gathered a list of the top errors that rookies make their first time in Germany. Check it out below.

10. Having Loud Conversations In Public

The Germans don’t have as strong a reputation as the Brits for being polite, but that doesn’t mean that they’re not. In fact, Germans are very polite and that means that tourists traveling to Germany should strive to be polite as well.

Part of being polite is not having super loud conversations in public. In Germany, this would be considered rude because you’re disrupting the people around you. As a rule of thumb, try not to do anything that makes you stand out or causes a scene. You’ll get a lot of looks!

In some destinations, you’ll find that the locals are friendly and love having conversations with strangers. But this isn’t the case in Germany. It’s not that people aren’t friendly; it’s just not in the local culture to make small talk. Especially when you’re lining up to pay for groceries or waiting for the train, it would be quite odd from a local’s perspective if you started talking to them about the weather.

You might also notice that Germans stare more than Americans do. This isn’t considered rude in Germany, so don’t take it as a sign of offense.

8. Not Seeing Anything But The Capital City

The city of Berlin has a lot to offer visitors. You’ll find stunning churches and synagogues, historic landmarks like Checkpoint Charlie and what’s left of the Berlin Wall, a bunch of museums, and fascinating architecture. But that’s not to say that there’s nothing else of interest in the rest of the country.

If you’re going all the way to Germany, you may as well see as much as you can! Other cities like Munich and Dusseldorf have a lot to offer, as do rural destinations in the countryside. Don’t make the mistake of just staying in Berlin.

Generally, Germans are very polite people and they’re also strict when it comes to obeying the rules. While breaking the road rules is pretty much expected in places like Italy or France, do it in Germany and you could get in serious trouble. A lot of tourists get in trouble for jaywalking across German streets.

Even if you don’t get in trouble with the law, the locals aren’t afraid to step up and tell you off for breaking the rules. To avoid getting reprimanded by a local, just follow all the rules. Don’t jaywalk.

Obviously, Germany has experienced a tumultuous history that has left a lasting mark on the country and the rest of the world. While insensitive jokes relating to Hitler or World War II are sometimes considered funny in America, Germany is not the place to try them out. This will be considered insensitive and will most likely make people feel uncomfortable.

Whatever you do, don’t use terms like grammar-Nazi or say that someone’s being a Nazi about something. In Germany, it hits a little too close to home.

5. Not Learning Any German At All 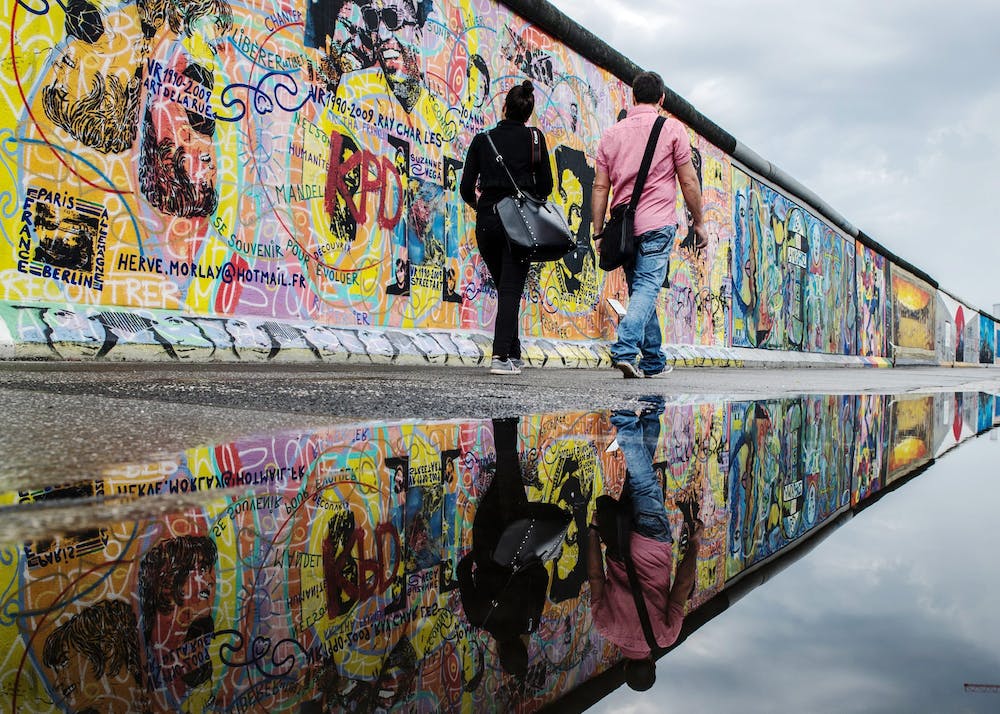 In Berlin, a lot of people that you’ll encounter do speak English. But that doesn’t mean you shouldn’t learn any German at all. For one thing, people outside of Berlin tend to speak far less English, so not knowing any German could put you in a tough situation.

Understanding the basics of the local language will help you out when it’s time to read signs or listen to public announcements in places like the train station. Plus, it’s just a sign of respect for the destination and local culture to learn some of its dialects.

In some destinations around the world, it’s expected that you’ll arrive late. In fact, it’s actually considered rude to be early or even on time in some places. But that definitely doesn’t apply to Germany. This is not the type of country where you want to be late.

Especially when it comes to public transport, you may think that you can get away with being a few minutes late and the train will still be there waiting for you. Nope. Everything tends to run on time, so it’s best that you’re also on time to avoid missing out!

3. Forgetting To Tip Or Tipping Too Much

It’s always important to educate yourself on the tipping culture of a particular destination. In Germany, some tipping is normal, so you don’t want to forget to tip altogether. This won’t leave a very good impression on the locals! But the culture doesn’t tend to be as strong as it is in the United States, so you also don’t want to tip too much.

In most cafes, you can just round up the bill to the next full Euro. But if you’re eating at a higher-end restaurant, it’s normal to leave 10 percent of the bill as your tip.

A lot of people love the idea of taking a road trip to Germany and getting off the beaten path. While a road trip is certainly a good idea and there is so much to see outside the major cities, just make sure that you’re renting the right type of car.

Most Germans drive a stick shift, so if you can’t work with that, you have to let the rental agency know in advance. The other thing to be aware of when it comes to driving in Germany, according to Penguin and Pia, is that there is no speed limit on some parts of the Autobahn.

Germany is one country that takes its green identity very seriously. Recycling is a large part of the culture, so if you mess with this by failing to recycle, you’ll stand out. And just like breaking the road rules, you’ll probably get told off if anyone sees you.

You can return beer and plastic bottles for pfand, which is a deposit you pay when you first purchase the drink. Normally, you do this inside a grocery store near the cash register. Travels of Adam points out that it’s also important to sort out your biodegradable products.

How Berlin rose from the ashes: Amazing comparison pictures show the Red Ar.my ramp.aging through German capital in 1945 – and how the same scenes look today