For New Zealand, Kiwis are the iconic symbol of our Country.

The Kiwi is known all around the world as the iconic Native Animal of New Zealand. Kiwi Birds are monogamous lovers, this means a relationship with one kiwi partner at a time.

The Kiwis are loyal and will have a mate for anywhere between 10-30 years. True Kiwi Love. Kiwi mothers will lay an egg which is six times bigger than a normal bird.

The size of the egg will take up around 20% of the kiwi female body.

To compare human babies will take up about 5% of the mother’s body. So that is one massive egg! Kiwi Birds have adapted to be flightless and live a ground life.

They have developed heavy leg bones filled with marrow similar to humans.

Most birds have hollow bones making them more lightweight for flight.

Kiwi has powerful and sturdy legs that take up 1/3 of its body weight.

Kiwis can cover the distance of sixty football fields in one night! This isn’t flat terrain either.

Kiwis under emergency situations can actually run as fast as a human! Kiwis are the only bird in the world to have nostrils at the end of its beak.

This allows the bird to have a great sense of smell which is very rare for a bird.

Kiwis have a great sense of hearing and smell to make up for their lack of poor vision. 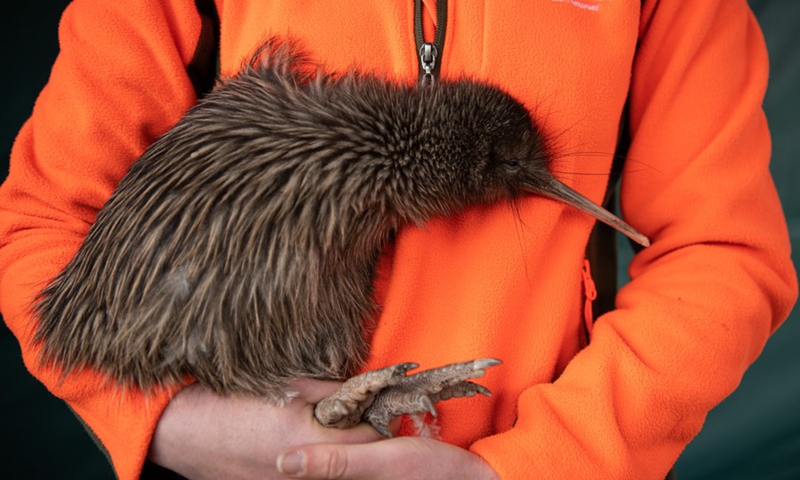 The Kiwi has little baby wings but cannot fly. The loose feathers tend to be used more as fur to keep warm.

New Zealand naturally has always had a lot of flightless birds due to having no native land mammal predators before men arrived on the island.

The biggest native predator was another bird, the Giant Haast Eagle.

There was no requirement for the birds to avoid predators so over time evolved to be interestingly land-based.

Essentially this set them up as sitting ducks when the predators arrived on ships from Polynesia and the UK. 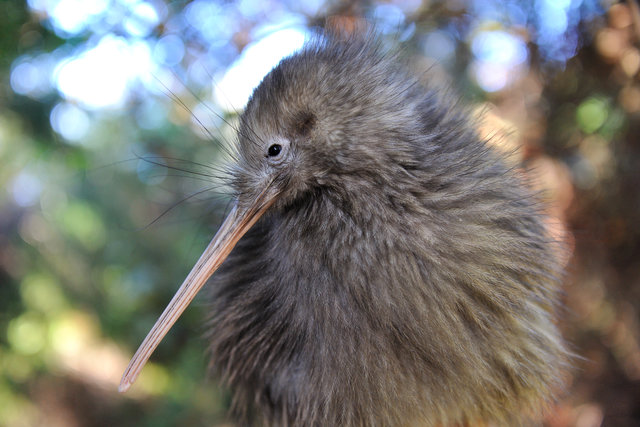 Some people forget, but Kiwis don’t!

Kiwis have great memories, taking notice, and remembering a lot of what they see.

It is known that Kiwis can remember bad experiences in there life for at least 5 years.

Be NICE to the kiwis or they will remember! Genius! That’s what some would say about the Kiwi bird.

Did you know the brain of a kiwi is similar to the size of comparable intelligent birds such as parrots and songbirds?

Kiwis are definitely smarter than your average bird.

The Kiwi brain is roughly 8 times bigger than the emu brain compared to its total body weight!

Kiwissleep standing up! It’s simple as that. 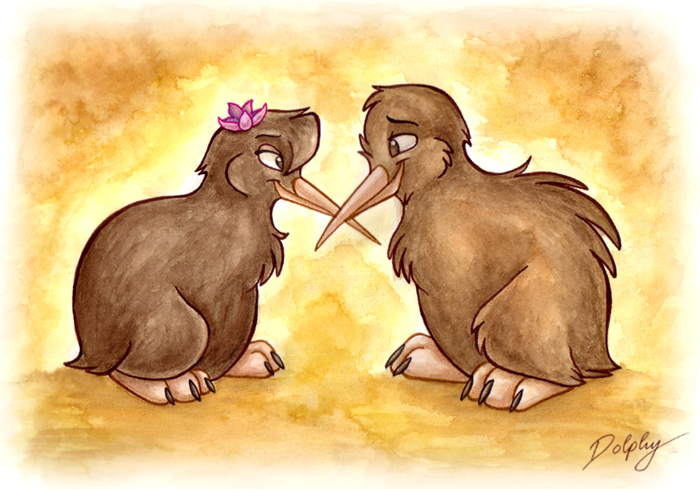 Kiwi males use a direct approach when it comes to flirting with the female kiwis.

The males will follow the female kiwi around grunting.

If unsuccessful the female will run away.

If successful mating takes place, mating can occur up to 3-4 times a night!

The female kiwis are in charge when it comes to mating. If the male is not successful in mating the female may become uninterested and wander away.

Leaving the male with an ego bruise I’m sure!

10. THERE IS ONLY ONE KNOWN WHITE KIWI IN NEW ZEALAND! 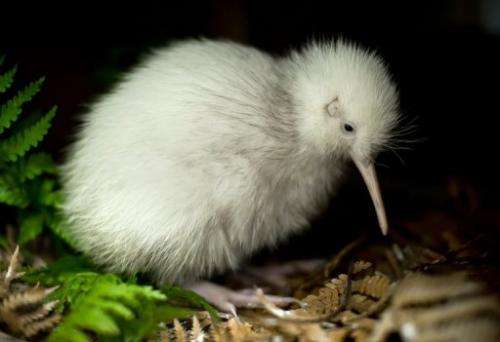 Mankura is the only known white kiwi in the world. Not albino but instead a pure white gene that is very rare from 2 parents carrying the white feather gene.

There have been other rare white kiwis after Mankura however none of them have knowingly survived past a month due to predators in the wild such as cats, stoats, or ferrets.

We Love Kiwis! They are cute, smart, and rather unique. They may seem to lack in the romance of mating rituals but you can’t help but adore and appreciate the unique and cute Kiwi Bird!