Porto’s bustling Ribeira district is the most eclectic part of the city, inviting everyone to sit by its banks from locals to students and tourists. As a historical center and a UNESCO World Heritage Site, there is lots to see here, and the picturesque quality of the river, cafés, buildings, and statues only adds to the allure. Here are a few landmarks that should be enjoyed while visiting these extraordinary neighborhoods. 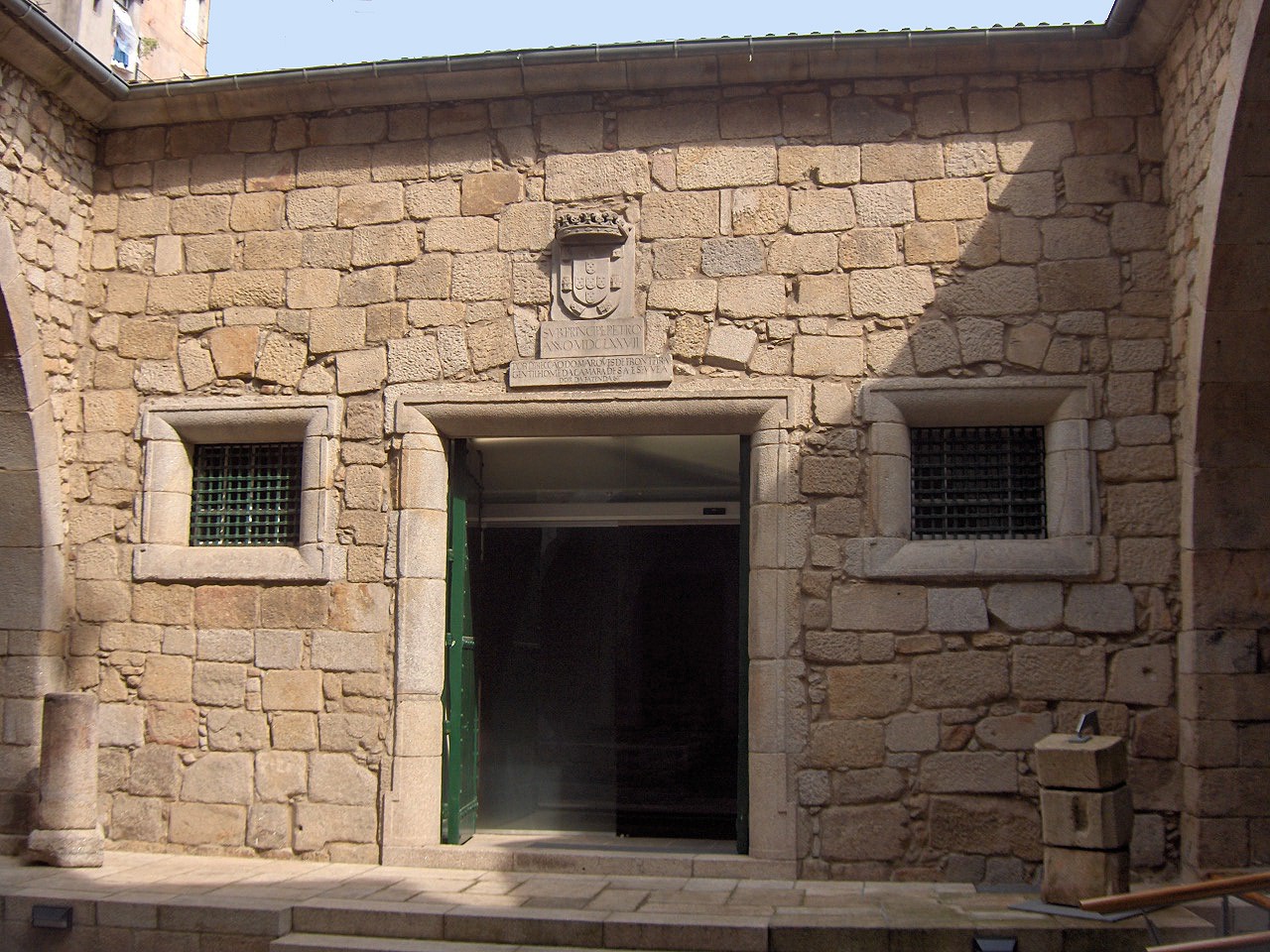 Built in the 14th century, this building was first the Old Customs House (Alfândega Velha) since it housed the customs agency responsible for controlling goods and merchandise that traveled in and out of Portugal. In the late 14th century, it became the home where Henry the Navigator was born, thus becoming the Casa do Infante (Prince’s House). Despite the building’s age – it’s over 600 years old – its appearance today reflects renovations made in the 17th century.

Why not sit by the river, enjoying a crisp glass of port and enjoying some spectacular views along with an unforgettable meal? The Dom Tonho Restaurant offers these in addition to an up-close and personal dining experience in buildings that are hundreds of years old. A section of the restaurant and bar are part of the medieval walls that once lined the city.

History doesn’t always mean ancient, and Porto’s modern history is becoming as representative of the city as the old. From the center of the Ribeira Square, a large bronze cube attracts plenty of attention as a form of contemporary art. Built in 1982, the block sits near a 17th century fountain, blending old and new in one glance. 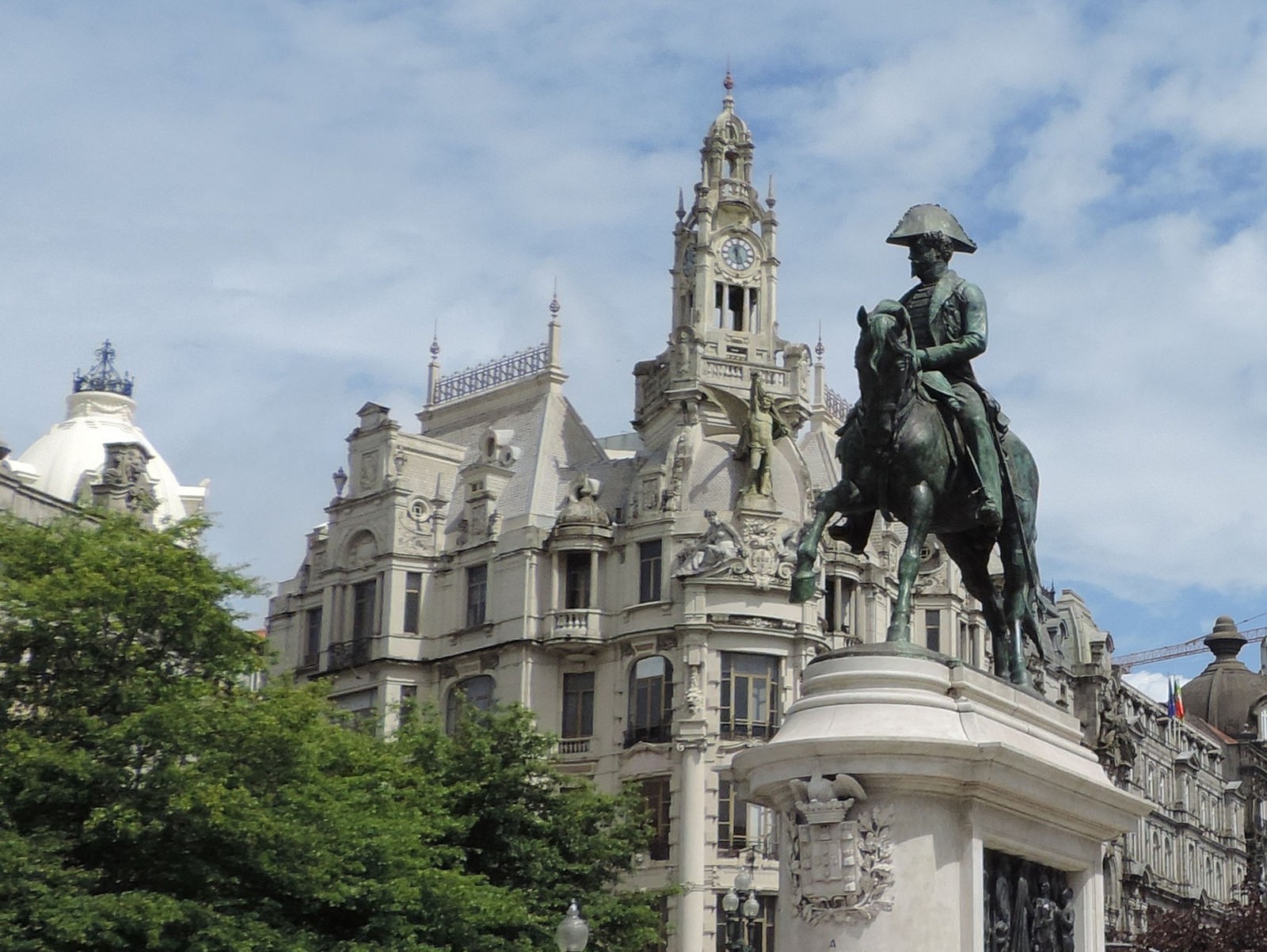 Symbolic representations of King Pedro IV can be found in Porto and Lisbon, but Porto’s statue is located at the impressive Avenida dos Aliados. In addition to representing a monarch from Portugal and Brazil’s joint history, the statue is a great meeting place as it’s one of the iconic structures in the city.

The 15th century Santa Clara church may actually be one of the most exquisite example of Portugal’s 17th century woodwork, reflecting Baroque and Rococo (late Baroque) styles. Fairly simple on the outside, it may take some searching to find, but these efforts will be rewarded after stepping across the historic threshold towards the extensive floor to ceiling detailing.

A Pérola do Bolhão 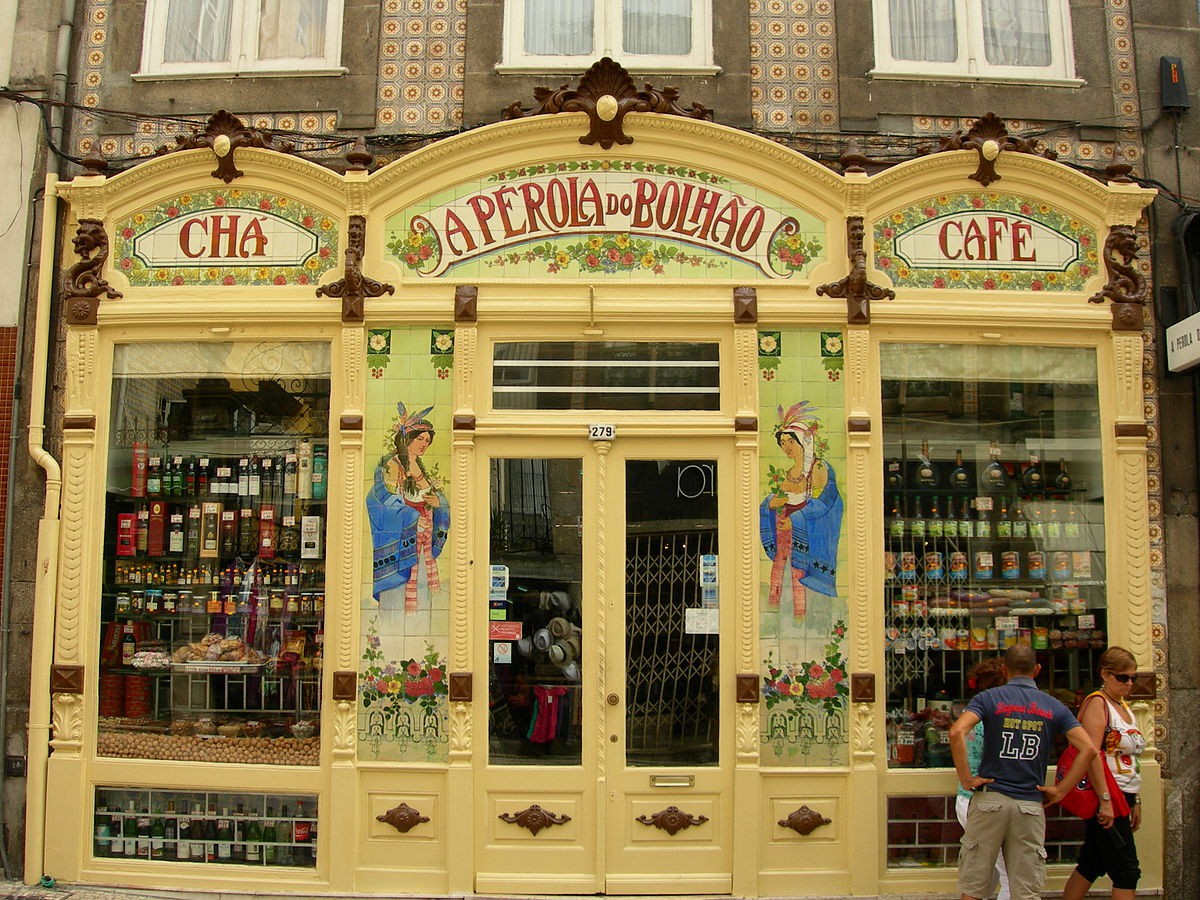 What about shopping in a historical grocery store? Although not as old as other landmarks, visiting A Pérola do Bolhão is an interesting experience since it allows today’s visitors to shop in a classic grocery store from the early 1900s. This is a great place to stock up on dried fruits, cheeses, olive oils, and wines.

In Porto, walking is the best way to experience as much as possible. While exploring on foot, be sure to include a stroll along the 14th century Muralha Fernandina – or Walls of Fernandina. Most of the old walls are no longer in existence, some embedded within other city buildings, but the area still standing is worth a visit and offers a glimpse into the past when this Roman fort once helped protect the city.

Don’t bring a new pair of sneakers to Porto, unless you want them looking worn and old by the time you leave. These stone steps may make anyone overlook the funicular and climb instead. They will take you up to the Santa Clara Church, so make a note and avoid searching longer than necessary. In addition to exercise and a sure-fire way to find the church, climbing the stairs will award climbers with unique views of the river and Dom Luís Bridge. 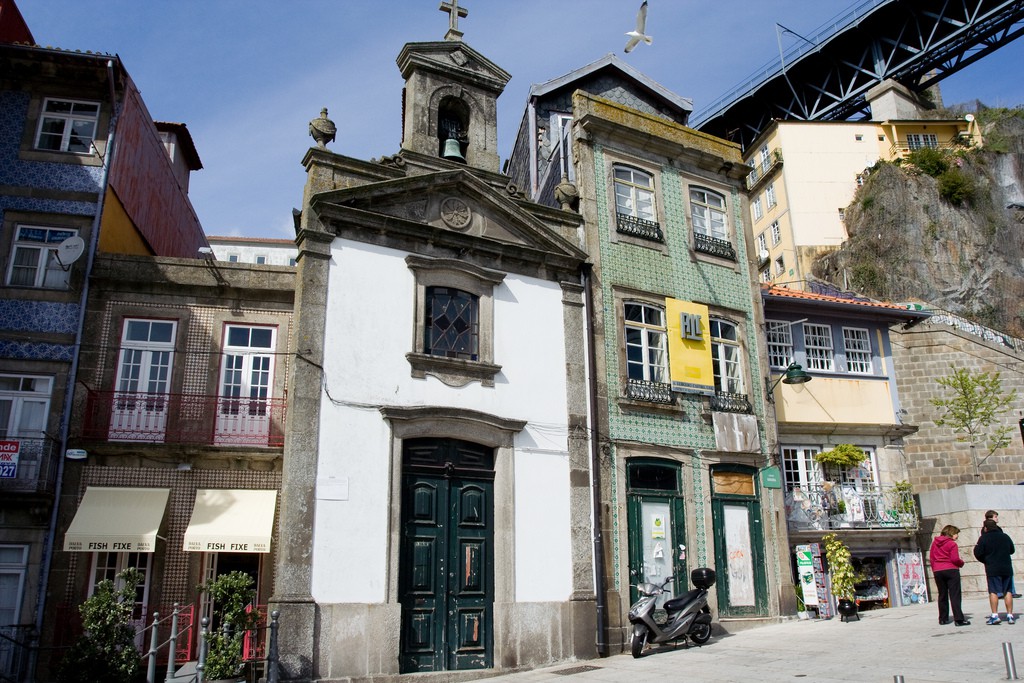 Off to the side of the Dom Luís Bridge is a simple and often overlooked historical shrine. As history tells, Porto’s Bridge of Boats (literally made from connected boats) collapsed as residents attempted to flee from the invading French Army during the Peninsular War. Unable to carry the additional weight, the bridge fell into the Douro River, taking and killing as many as 4,000 people with it. Today, anyone who pauses for a minute to look for this bronze shrine can leave their own flower or candle along with the others.

As a Catholic country, Portugal’s churches are worth a peek. The Capela da Lada is set away from the cluster of bars and restaurants in the central Ribeira district, yet located along the river just before reaching the Dom Luís Bridge. The architectural styling and details inside and out make this small, devotional building a must-see when visiting Porto’s Ribeira.

The Top Things to See and Do in Albufeira, Portugal