Experience South Africa’s rich history, from its turbulent past to its unique architecture and languages, by visiting these historical monuments.

The Big Hole, Kimberley
Kimberley was put on the mining map when it became clear, in the late 1860s, that the area is rich in diamonds. Massive excavations started in 1871 and the aptly named Big Hole and its surrounding buildings are what remains of the diamond rush. 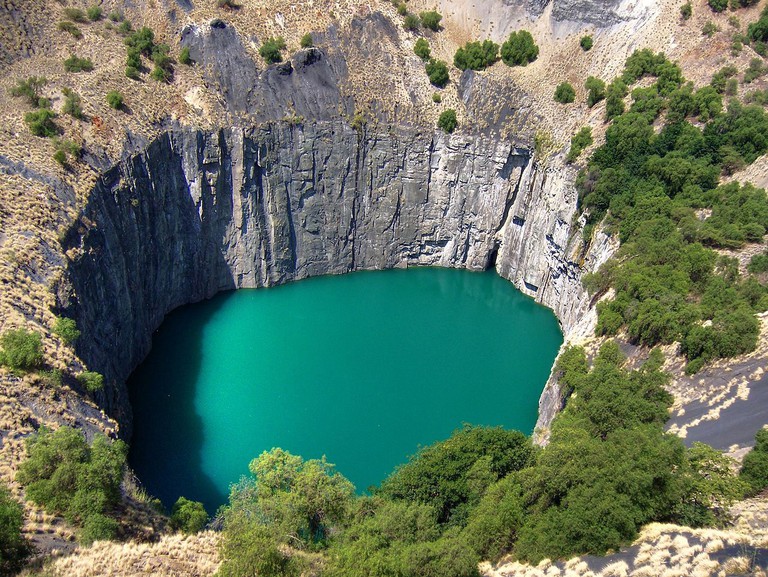 The width of the Big Hole is over 450 meters, while the surface area covered is about 17 hectares (42 acres) ©Wikimedia
The massive Big Hole in Kimberley

One of the oldest buildings in South Africa, the Castle of Good Hope, completed in 1666, was the hub of political and military activity in the country. The Castle is to this day, one of the best examples of 17th-century Dutch East India Company architecture in the world. 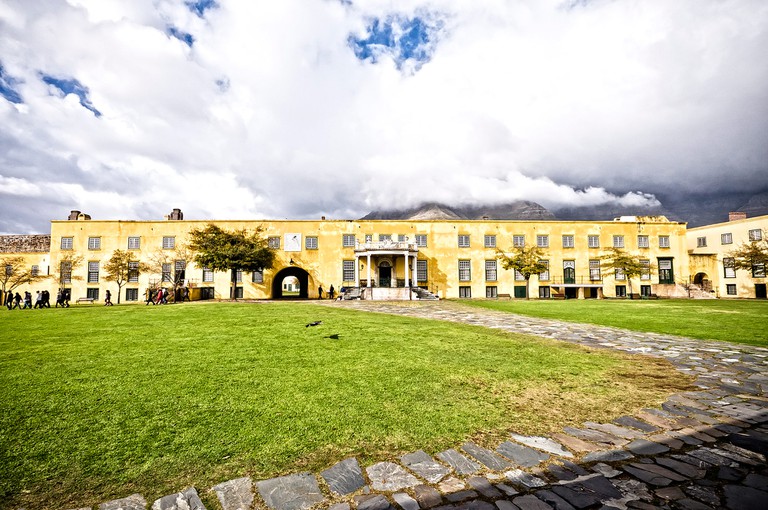 The Castle was never attacked, although battles against the British were fought at Muizenberg in 1795 and Blaauwberg in 1806 ©Victor Bergmann/Flickr

The Battle of Isandlwana took place on January 22, 1879, when approximately 20,000 Zulu warriors, under King Cetshwayo’s command, successfully ambushed and defeated a British camp. This was a major, yet unexpected, a moment in the history of the Zulu nation. 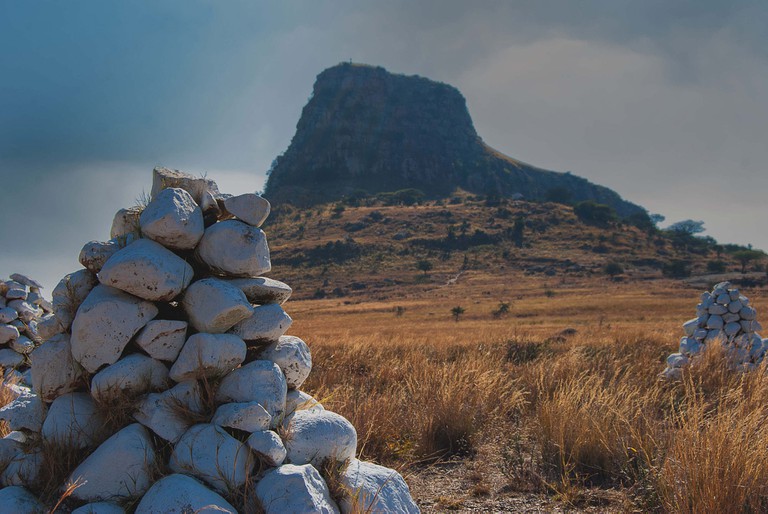 Nelson Mandela’s arrest occurred on August 5, 1962, at this spot in KwaZulu-Natal after which The Rivonia Treason Trial followed. Its infamous adjudication sentenced Mandela to 27 years in prison, until his release on February 11, 1990. 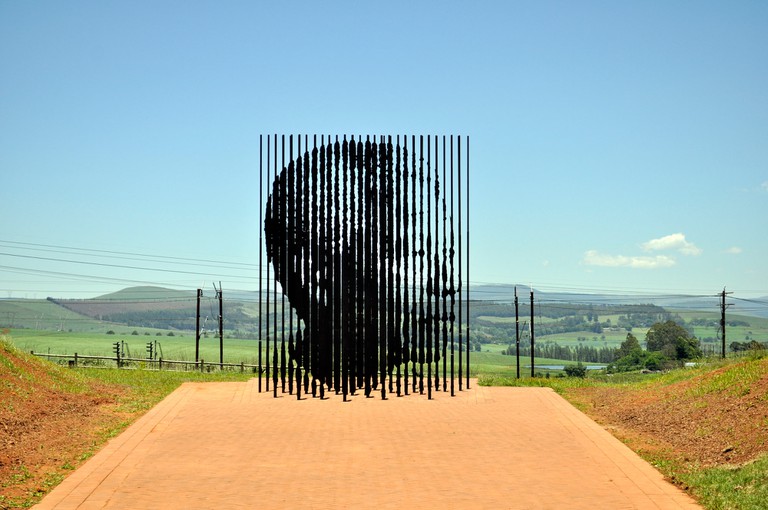 The Cradle of Humankind, Maropeng

The Cradle of Humankind, a UNESCO World Heritage Site, is home to the Sterkfontein Caves, and could very well be the birthplace of mankind as we know it. This famous excavation site is where an approximately 3.5 million-year-old hominid fossil, Australopithecus Africanus, (‘Mrs. Ples’), was found in 1947. 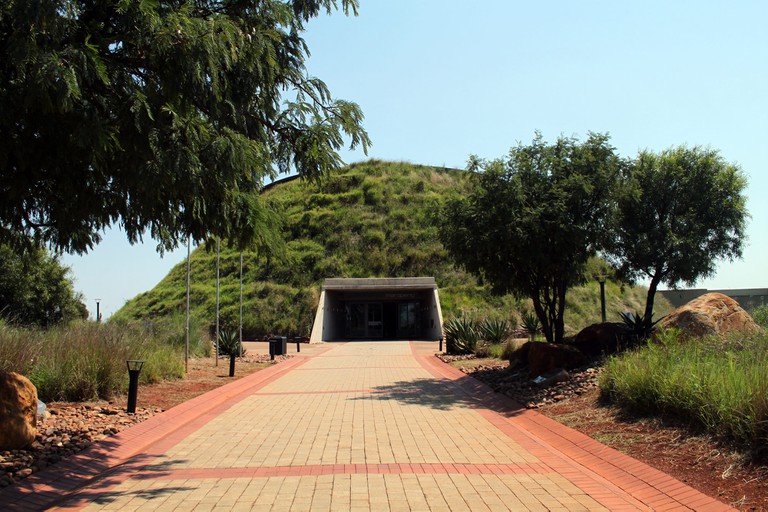 Former South African president Nelson Mandela was imprisoned at Robben Island for 18 of his sentenced 27 years. The original jail building still remains and three tours are conducted daily, some by former political prisoners. 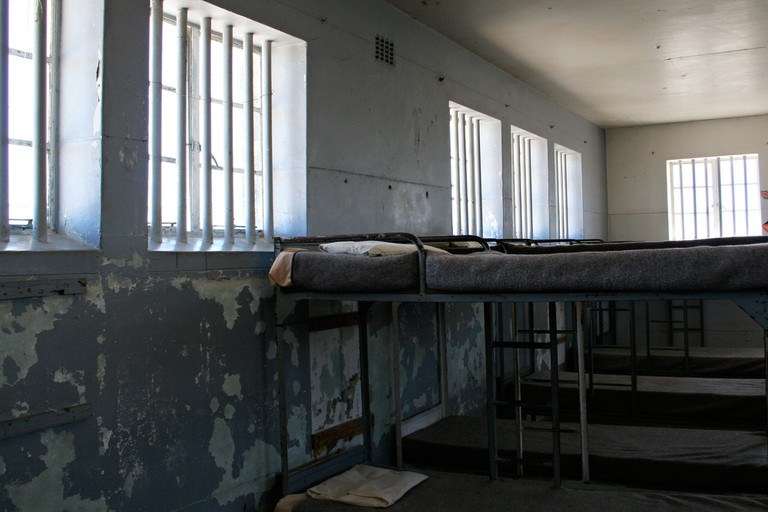 The Afrikaans Language Monument (Afrikaanse Taal Monument) was opened on October 10, 1975, to celebrate the fiftieth anniversary of Afrikaans being declared an official language of South Africa, separate from Dutch. 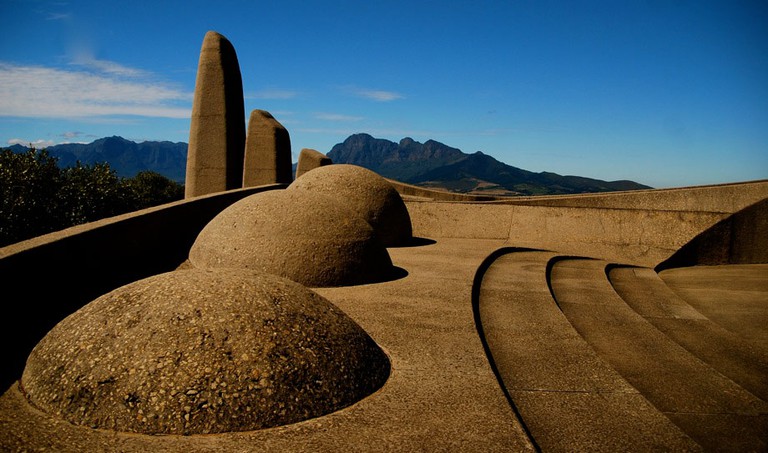 The Huguenots immigrated to South Africa during the 17th and 18th centuries and had a major impact on traditional Afrikaans culture. This monument, inaugurated in 1948, is dedicated to this influence and the history of the Afrikaner nation. 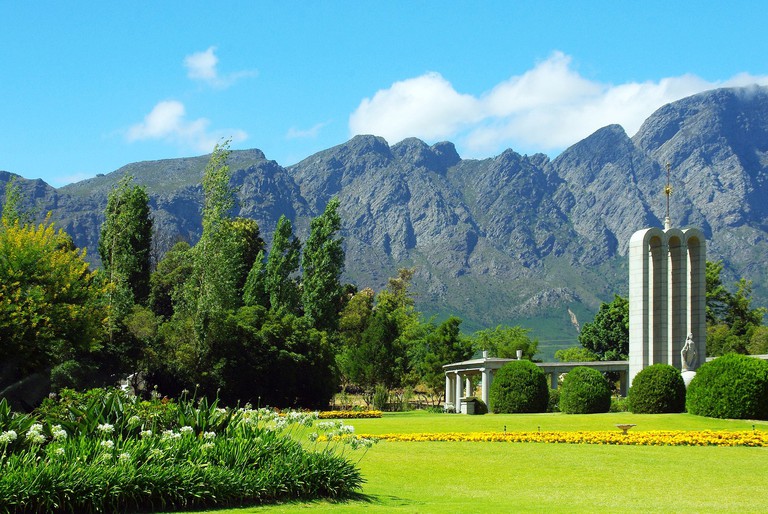 The Union Buildings in Pretoria, designed by star architect Sir Herbert Baker, is the official seat of the South African government and contains the president’s office. The complex boasts beautiful surrounding gardens, rolling lawns and panoramic views over the city. 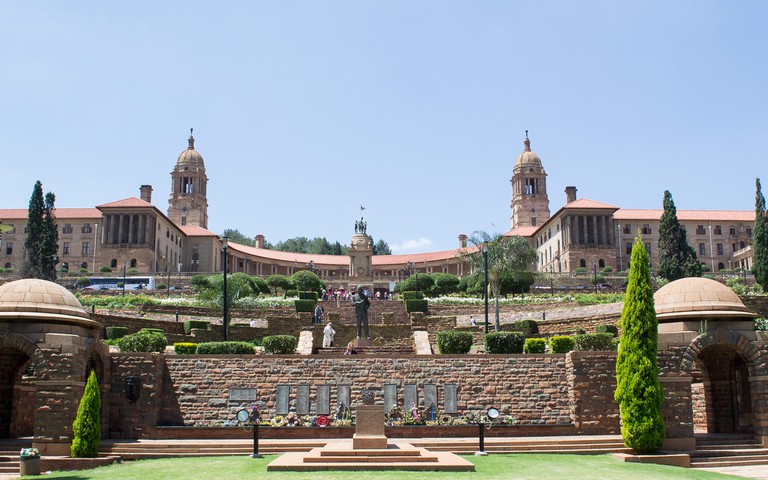 The Nelson Mandela statue standing in the garden cost a total of R8 million to construct and weighs 3.5 tons ©Michael Jansen/Flickr

The Voortrekker Monument, situated in a Pretoria nature reserve, won the Trip Advisor Traveller’s Choice award for 2016. The granite edifice, which opened in 1949, honors the pioneer history of South Africa, as well as that of Afrikaners, and boasts the world’s longest historical marble frieze. 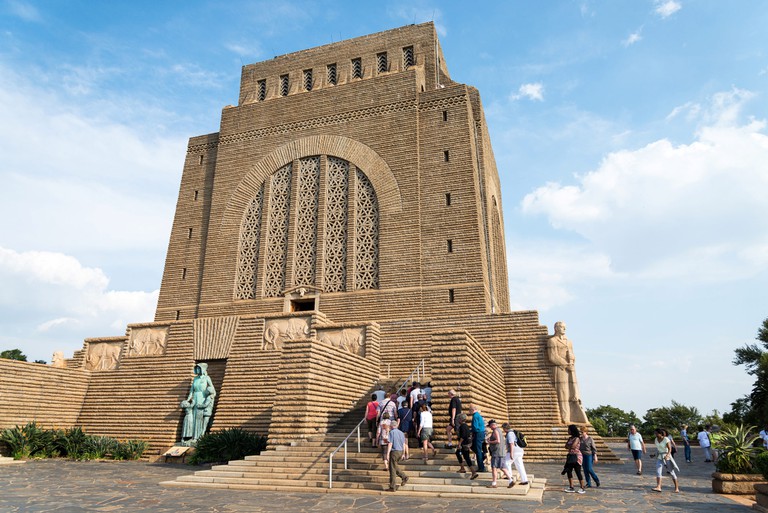 Wait for me! rare wildebeest calf running after car it thinks is mum