Melbourne is an incredible city to visit and easily up there as one of the best places in Australia to explore. Not only is is a vibrant and totally cool city down under, but it also has a heap of the best things to do in Melbourne that are dotted all across the country.

To give ya a little context, when we visited Sydney, our friends (who had just moved from Melbourne told us we had to visit.

They described it as Sydney’s more fun sister!

Effectively, if you both of them at a party, Melbourne is the ‘sister’ that you’d expect to spend all night, laughing chatting and dancing with. Sydney is arguably shinier but Melbourne has character and flair; with all the making for a great city to visit.

Melbourne effectively lets you eat your cake and have it! All the best things to do in Melbourne are right here, along with access to some amazing natural sights that are relatively close by, too.

Suffice to say, if you’ve never visited Melbourne, it certainly deserved a place on your travel plans to Australia.

With that in mind, take a look at some of the best things to do in Melbourne when you visit. 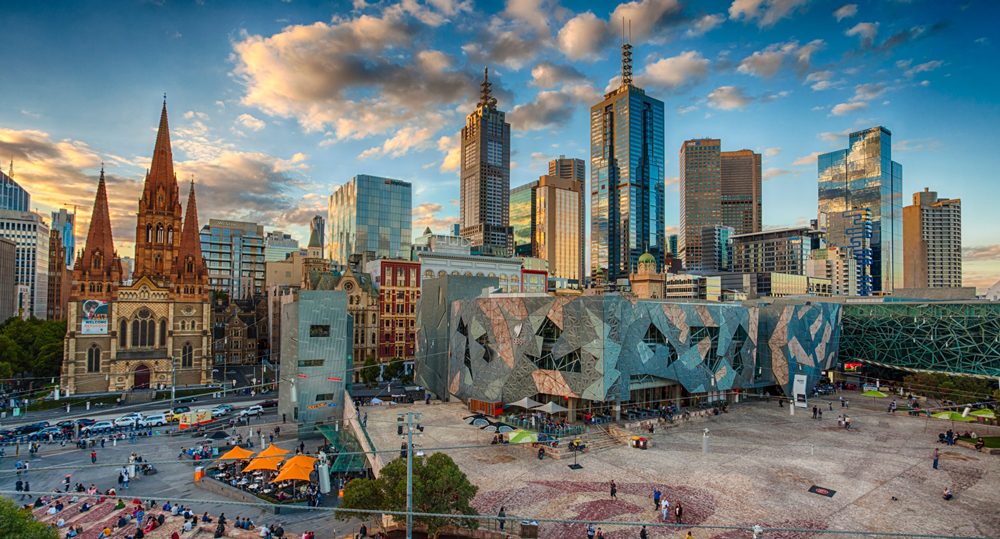 Opened in 2002 to mark 100 years of federation, and its sleek, geometric modern design is a huge contrast to the historical Victorian buildings around Melbourne.

That being said, exploring the area is one of the best things to do in Melbourne as they usually house loads of events and entertainment.

Typically held in the outdoor performance area of Federation Square, so there’s a good chance there’ll be something going on when you visit.

Afterwards, pop over to Rice Paper Sister for some of their tasty lobster rolls. They’re so good. 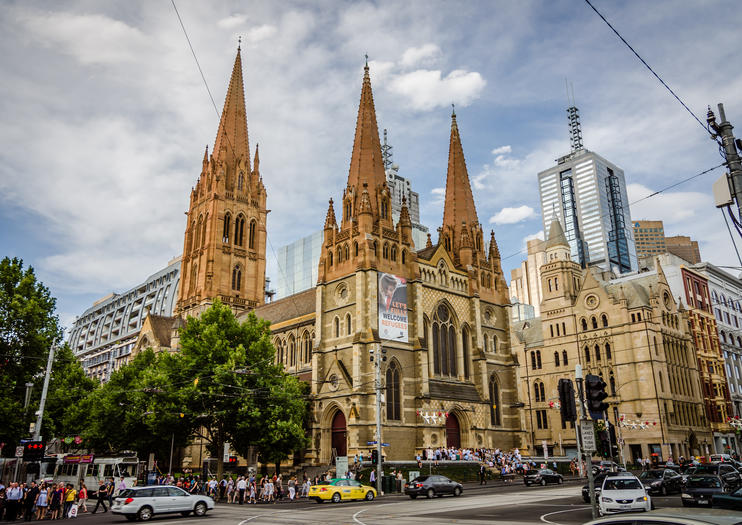 There has to be at least one cathedral on every sightseeing visiting, doesn’t there?

Okay, fine there doesn’t but exploring St Paul’s is one of the best things to do in Melbourne.

Built back in 1868 it’s a breathtaking example of Gothic Revival architecture in Australia. It’s free to enter, so make sure to pop inside for a gander when you’ve finished admiring the impressive exterior.

Afterwards, grab a table at Cucinetta for their tasty ragu. Alternatively, pop over to some of the night markets that happen on lots of weekends, especially in summer. You can grab a bite and enjoy some live entertainment, too. 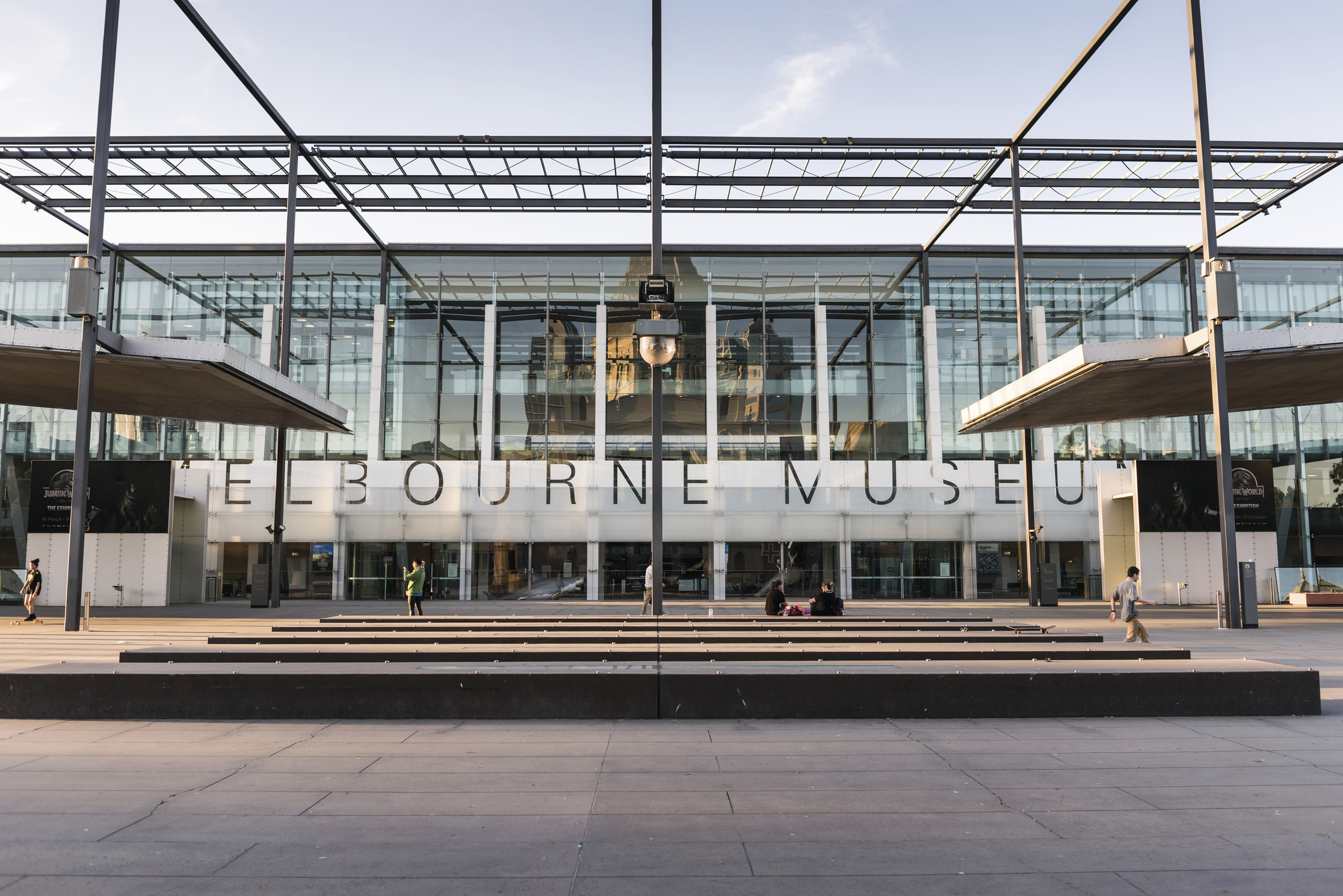 If you only visit one museum on your trip to Melbourne make it this one.

Best of all, it’s collections are extremely diverse, ranging from its Aboriginal Centre (Bunjilaka) to its children’s museum.

The building itself is impressive to see from outside, and the sprawling gardens and parkland which surround it are a great place to explore or stop for a picnic, too.

Alternatively, head over to Center Place with all their little lanes of independent restaurants and cafes for a bite to eat.

This impressive skyscraper is 91 stories high, crowned and plated with gold. Its gold plating is a nod to the prospectors of the Victorian goldfields, whose 1854 rebellion (The Eureka Stockade) bequeathed its name to the tower.

Appreciate the glimmering facade from the ground, then head up to the Skydeck on the 88th floor for an unrivalled view of the city below. If you’re looking for views, it’s easily one of the best things to do in Melbourne. 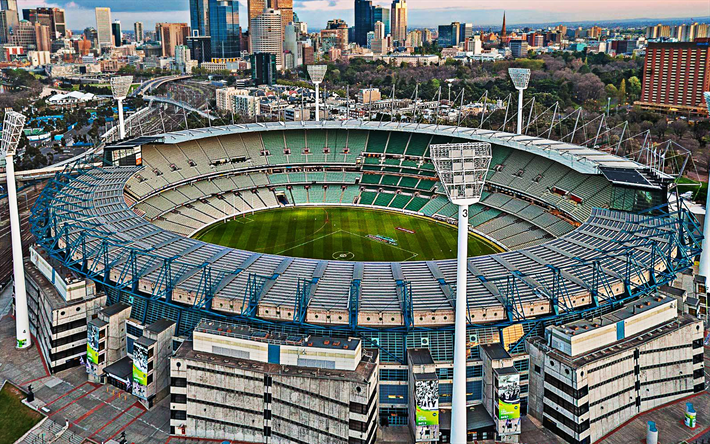 Whether you’re a sports fan or not, the MCG has hosted enough iconic sports events that it it’s now considered a piece of history rather than just a sporting ground.

Sport is a big part of Aussie culture so, even if it’s not a big part of yours, definitely pop in here. Though, if you’re not into sport, you might wanna give this a pass. It’s worth seeing Captain Cook’s Cottage if only to marvel at the fact that it has been transported from Yorkshire, England, to where it stands today in Fitzroy gardens.

Past this novelty, it offers an insight into Cook’s exploration of Australia, and is set in beautiful well-kept garden land with a Spanish-style conservatory nearby. It’s totally gorgeous to see and one of the best things to do in Melbourne.

For a delicious dinner, pop over to Sezar for their tasty oysters. Though, book a table in advance as this spot fills up on weekends.

Also, if it’s a historic building you’re after, make sure to also see the State Library Victoria. It’s totally gorgeous.

Once you’ve soaked up some of Melbourne’s history, head over to Docklands, the city’s more modern district.

Docklands is a waterfront village bursting with parklands and places to eat, so it’s the perfect place to unwind, explore and tank up on some amazing Australian food! (Melbourne actually has a really fantastic food scene).

It’s also home to the Melbourne Star, an observation wheel which offers simply incredible 360 degree views of the city from a 40-storey height.

Afterwards, pop over to Carlton Wine Room for a tipple or two. They have the best selection in the city.

Oh, and don’t forget a stroll over to Bourke Street, too. This a spot to visit if you fancy a little retail therapy (especially at the Royal Arcade). 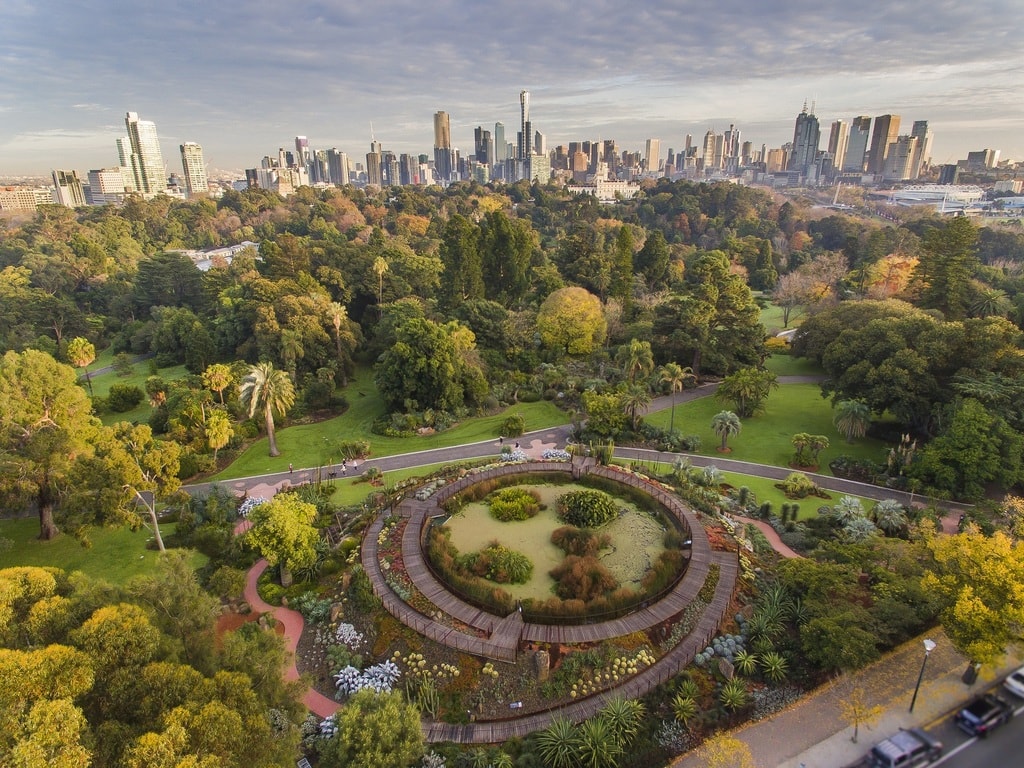 These gardens, spanning around 40 hectares, are popularly regarded to be amongst some of the finest in the world.

You can see over 50,000 plants here (impressive right?), including a few rarities. Don’t miss the opportunity to take a fascinating tour through the heritage of Australia’s indigenous culture with the gardens’ Aboriginal Heritage Walk.

After exploring the gardens all morning, grab yourself a pick-me-up at one of Melbourne’s best coffee shops, Manchester Press they make a mean espresso.

On the other hand, if you want a great breakfast and amazing coffee, head over to Axil Coffee Roasters – although quite busy, it’s well worth the rush. Their eggs and cappuccino is too yummy to miss.

This is one of the city’s more sombre sights, bound to inspire you to look back at the sacrifices made by those lost in the First World War.

The shrine was erected in the Kings Domain Gardens shortly after the war ended, and is still the focal point for ceremonies held each year on 25th April for ANZAC Day, and on 11th November for Remembrance Day.

Afterwards, head to some of Melbourne’s famous markets like; South Melbourne Market or the Queen Victoria Market, too. 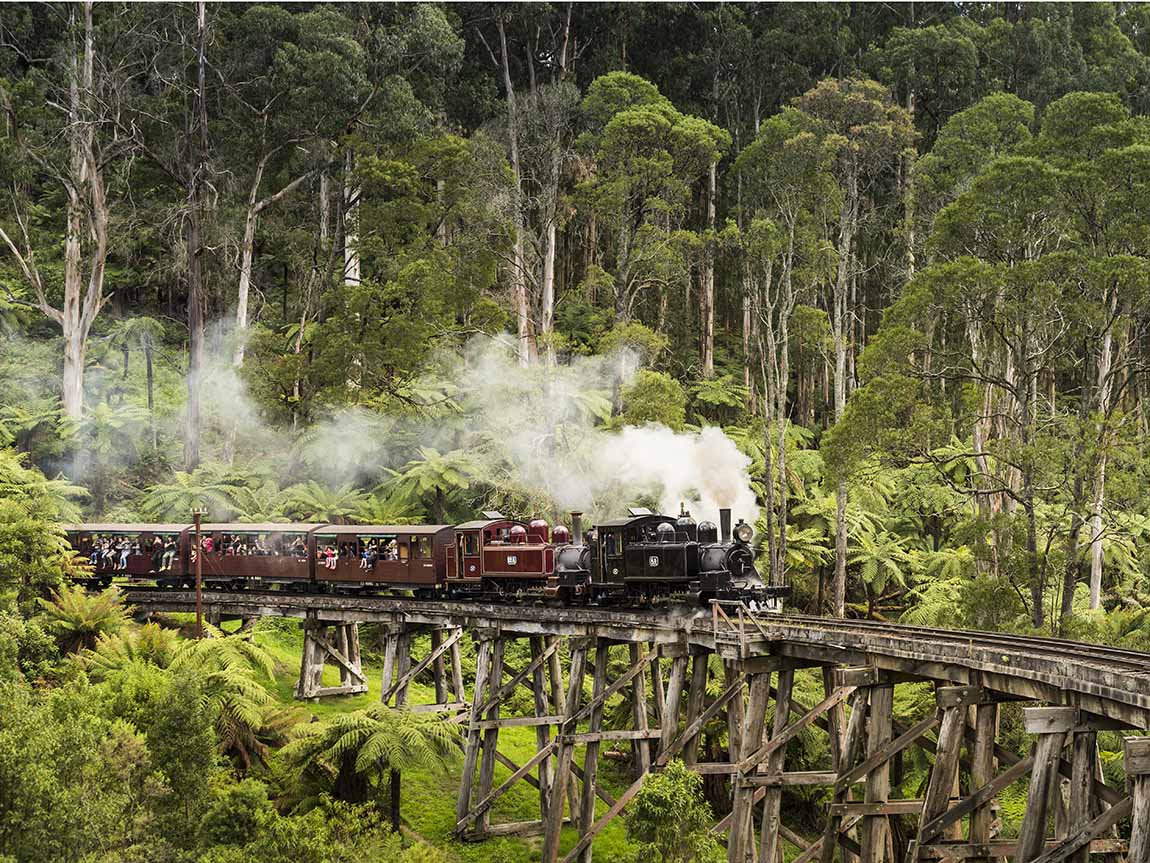 One of the best things about Melbourne is that you only have to travel an hour out of the city to get to some real, unspoilt natural beauty – that’s the whole eating-your-cake-and-having-it deal I mentioned earlier.

Take a day away from the rush of city life to enjoy the verdant rainforest and flowing waterfalls of the Dandenong Ranges.

Scope out the mountains’ lookouts offering views of the city and its surrounding countryside, and explore the charming surrounding villages to see what Melbourne has to offer beyond the bright city lights.

It really is one of the best things to do in Melbourne.

13 Crazy Facts About Australia That Will Make You Love This Country!