Roadtrips call for snacks, but for a German road trip, you probably won’t need them with all the regional foods you should try. Snacks just take up valuable stomach space that should be saved for fried fish, bratwurst, dumplings, white asparagus and so much more. After all, the country has more than 300 Michelin-star awarded restaurants to try and plenty of other regional spots.

The biggest decision you’ll have to make is where to start and at which point you put down the fork. 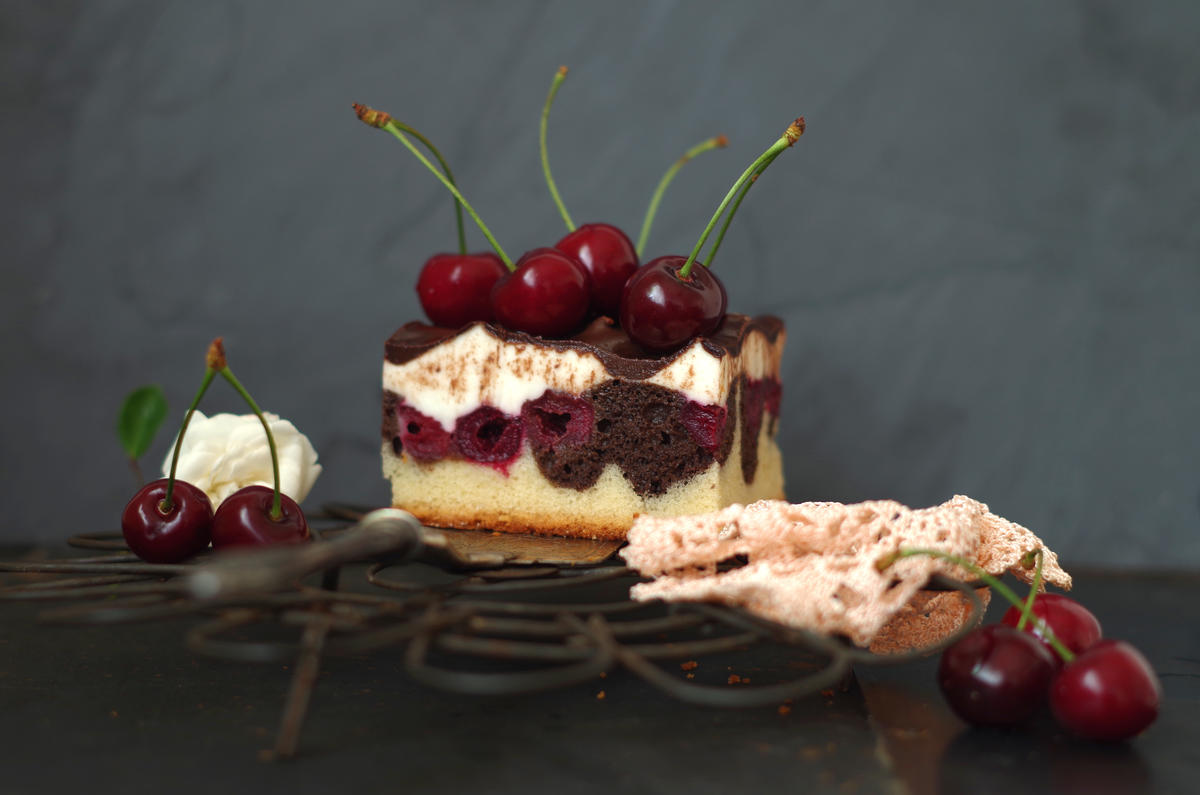 With the coming of spring, Germany welcomes the annual white asparagus harvest, known as the “royal vegetable.” This delicacy has even given notoriety to Schwetzingen, a town in the state of Baden-Württemberg in the southwest of the country, that has garnered the name of Germany’s “Asparagus Town.” From April through the end of June, Germans incorporate the vegetable into a variety of dishes. The most authentic use for it is a dish of white asparagus in hollandaise or melted butter, boiled potatoes and slices of chilled ham. 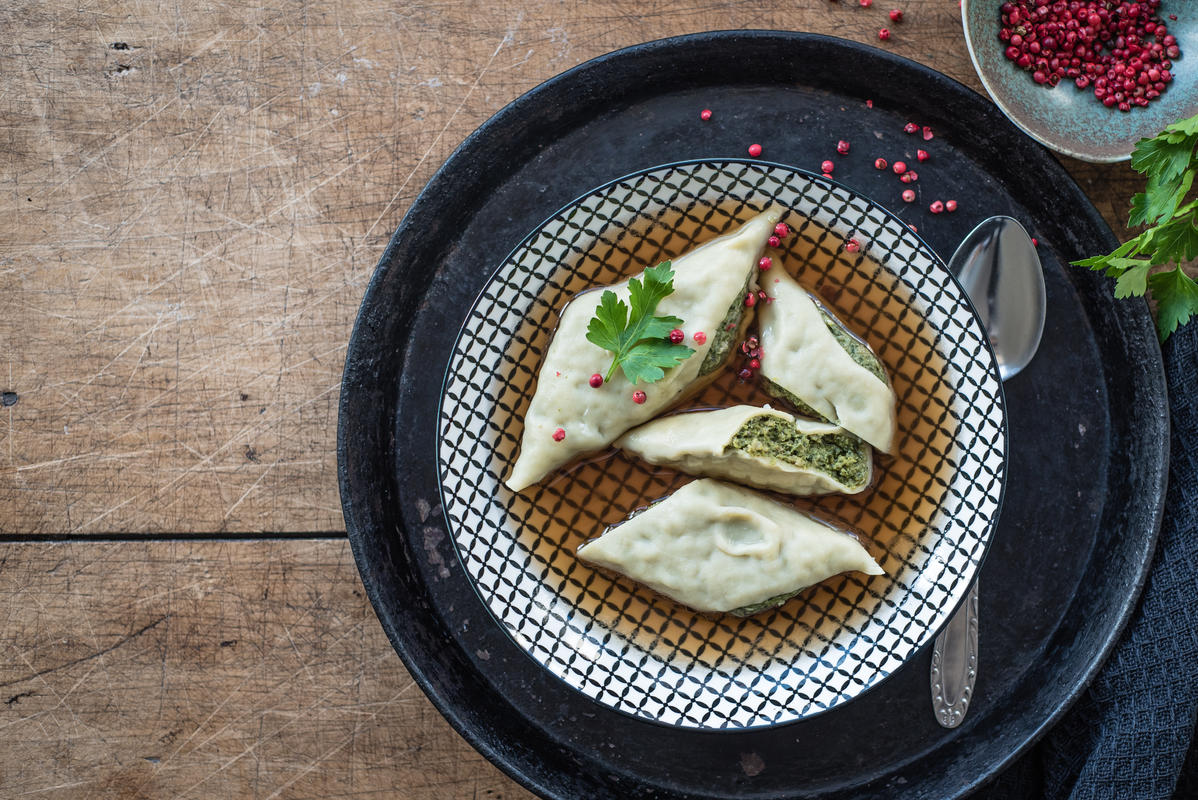 Another Baden-Württemberg speciality is the Maultaschen, a delectable ravioli-style dish filled with pork, onion and parsley and sometimes with a unique twist, served atop a burger.

Aachen, in the north-west of the state, is famous for its gingerbread cakes, and it may be one of the only places in the world where they are made this way. They’re generally most plentiful during Christmas and Advent times, but can be found throughout the year. They’re often covered in some kind of nut or topped with icing or chocolate.

However, North Rhine-Westphalia is also known for hearty meat and sausage dishes like Rheinischer Sauerbraten, a marinated pot roast served with a variety of sauces depending on where you sit down to eat. And what’s just as popular in this region? Beer. So enjoy this hearty region with meat, potatoes and beer — it doesn’t get much more home-style than that.

The key to a happy marriage? Altmärkische Hochzeitssuppe or “wedding soup”. This meat-broth based soup is served at special occasions, but can be found elsewhere, and is sometimes coupled with dumplings or asparagus.

Follow up a main course with the “king of cakes,” Salzwedel Baumkuchen. It’s a pound cake-type of dessert that is created by layering cake on a rotating spit to create a tall, tree-like dessert. It is both delicious and a work of art to be enjoyed by locals and visitors alike.

Oh come on, we know you’re already thinking Bavarian pretzels and beer. And you’re right. This region is known for those things because they just do it so well! They brew more than 40 kinds of beer here, and the locals couldn’t be a happier bunch — maybe that’s because they’re known for beer and pretzels, which as we all know, basically equals happiness.

For an actual meal, though, Bavaria is a meat and potatoes type of place with plenty of restaurants to offer you the most delicious cuts of meat. Schweinshaxe is roasted pig knuckle, and despite the head tilt you might have given the name, it’s actually full of flavor and worth a taste.

Forget macaroni, too, because here you can try Spaetzle, mini dumplings that almost pop full of flavor in your mouth.

With such a beautiful and diverse city, it’s hard to nail down just one or two must-try meals, but Berlin’s Schnitzel is frankly too incredible to not mention. While any German could tell you their grandmother makes it the best, the Berlin restaurants at least come in close second. It’s meat pounded until thin, and then breaded and fried. It’s a regional delight to try, and while you’re at it, try their other regional speciality, a Berliner Weiße. The beer is synonymous with Berlin and the slightly tart taste leaves you wanting more. It’s often served with a flavored syrup, like raspberry, to give it an extra something. 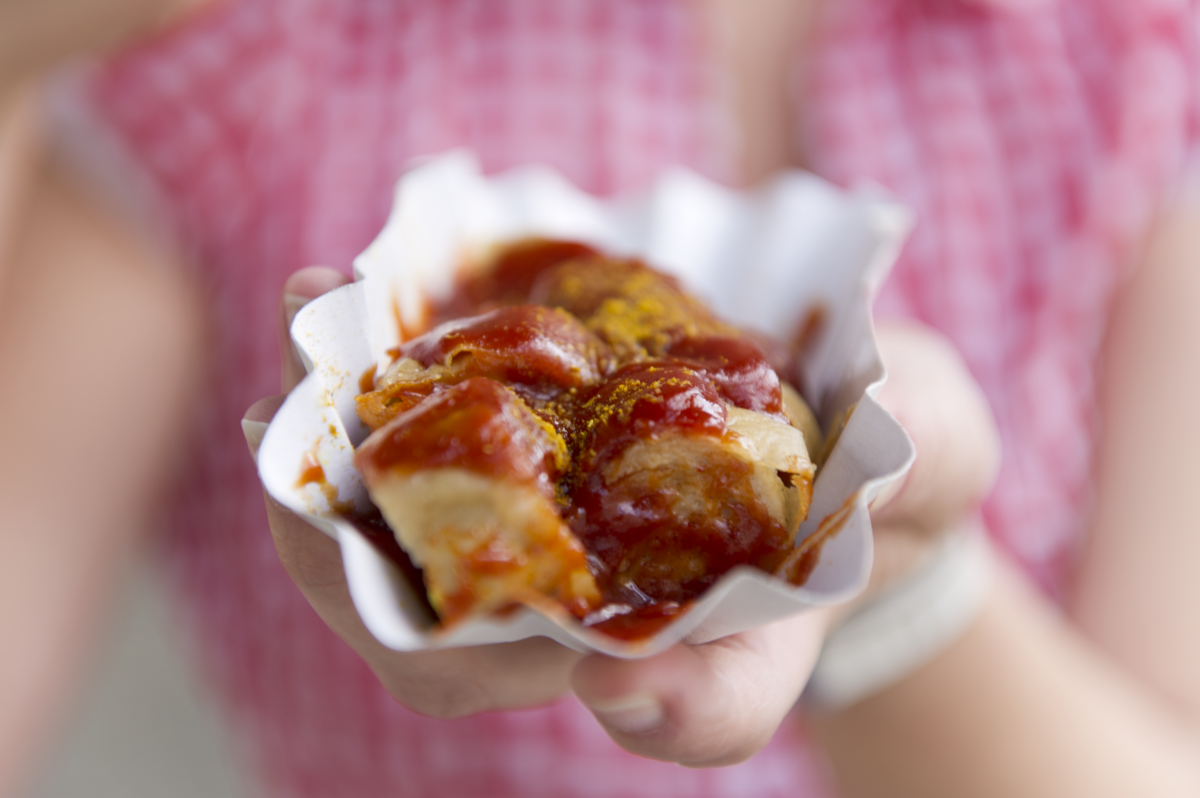 Berlin is also known for its currywurst, fried pork, curry ketchup and various sauces usually served alongside fries — and can you really go wrong with anything ending in “wurst?” Nope.

Just as wonderful as Brandenburg is its speciality, Birnentorte, a pear cake. This layered cake can be found all across the state. There are plenty of varieties to try, so get to having your cake and eating it, too. 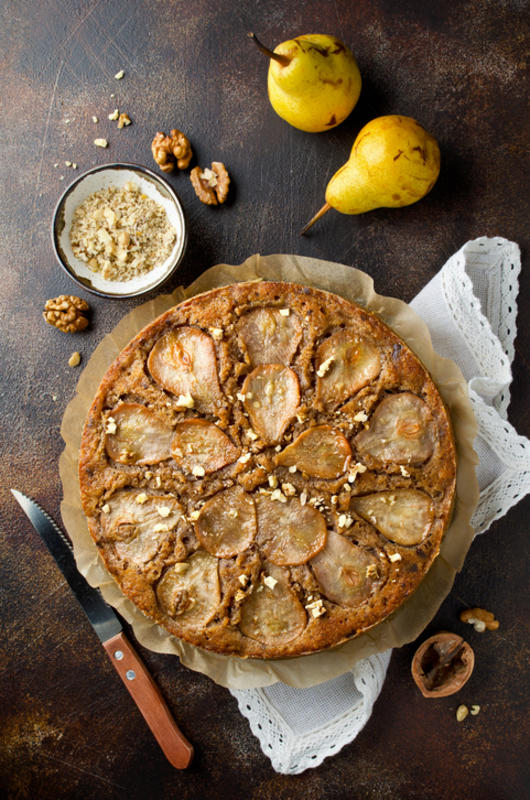 One of the oldest companies in Brandenburg produces gherkins and sauerkraut, so any dish you find with either of those is certain to be a winner.

Brandenburg is also known for its wide variety of wines. Since 1879, they have celebrated the springtime Tree Blossom Festival, and next to Oktoberfest, it’s the most well-attended festival here. However, instead of beer, think fruit wines.

It was only a matter of time before we got to pickled herring, but this delicacy in Mecklenburg-Western Pomerania is worth trying. It’s freshly caught in the Baltic sea and pickled in a slightly sour marinade. Expect any form of herring — fried or not, sauteed, marinated, smoked, etc. 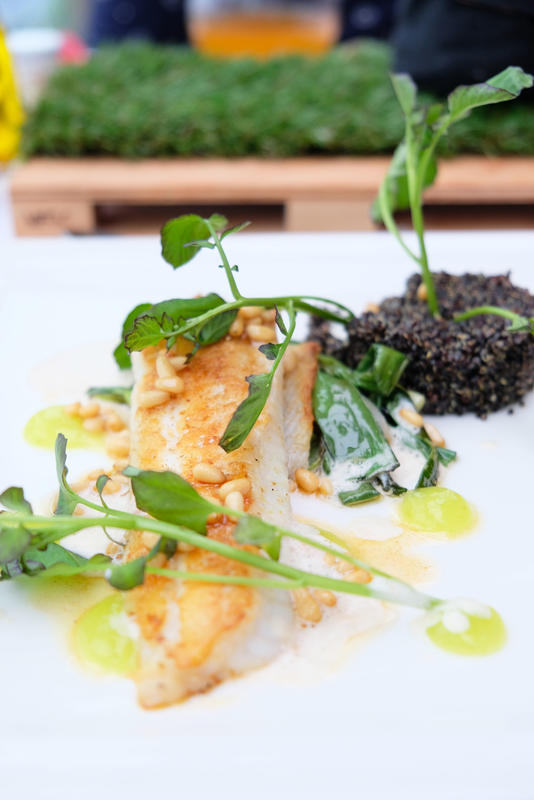 Really any seafood you eat here is going to be likely caught that day! It’s an incredible place known for being seaside, as well as for making and perfecting schnaps!

Bremerhaven Fish soup is a popular dish in this region because of its proximity to the water, so naturally you know this is going to be one of the freshest fish dishes you ever try. Usually made with saltwater fish, dill, cream and prawns, it’s a dish enjoyed yearlong and like some of these other regional delicacies, it isn’t found everywhere. 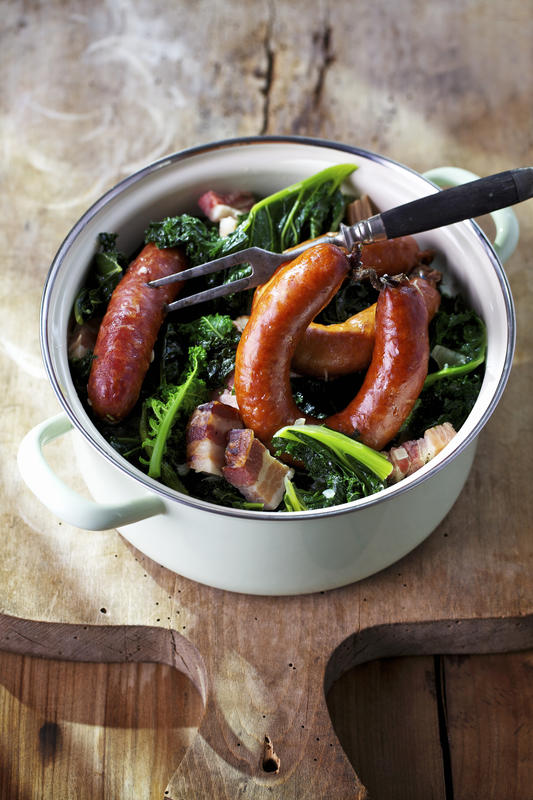 While fish is a huge part of life in these seaside cities and states, salted beef or corned beef with potatoes and vegetables is another common meal. Brown kale and pinkel sausage, despite the less-than-appetizing name, is another option if you want to really eat like a local. The kale turns a brownish color when cooked and releases a somewhat spicy flavor and the pinkel sausage is usually now served as pork sausage or pork belly.

Potato and leek hash is a popular favorite here, usually served with apple puree for a sweet touch. It is made from potatoes, onions, dried meat leeks and eggs and all sauteed together in a pan to really combine flavors. This border region is heavily influenced by both French and German cuisine, so it’s no wonder the food here is of top quality despite the teeny size of the state. It’s got a rustic, homey feel to its food that is inviting and enticing. 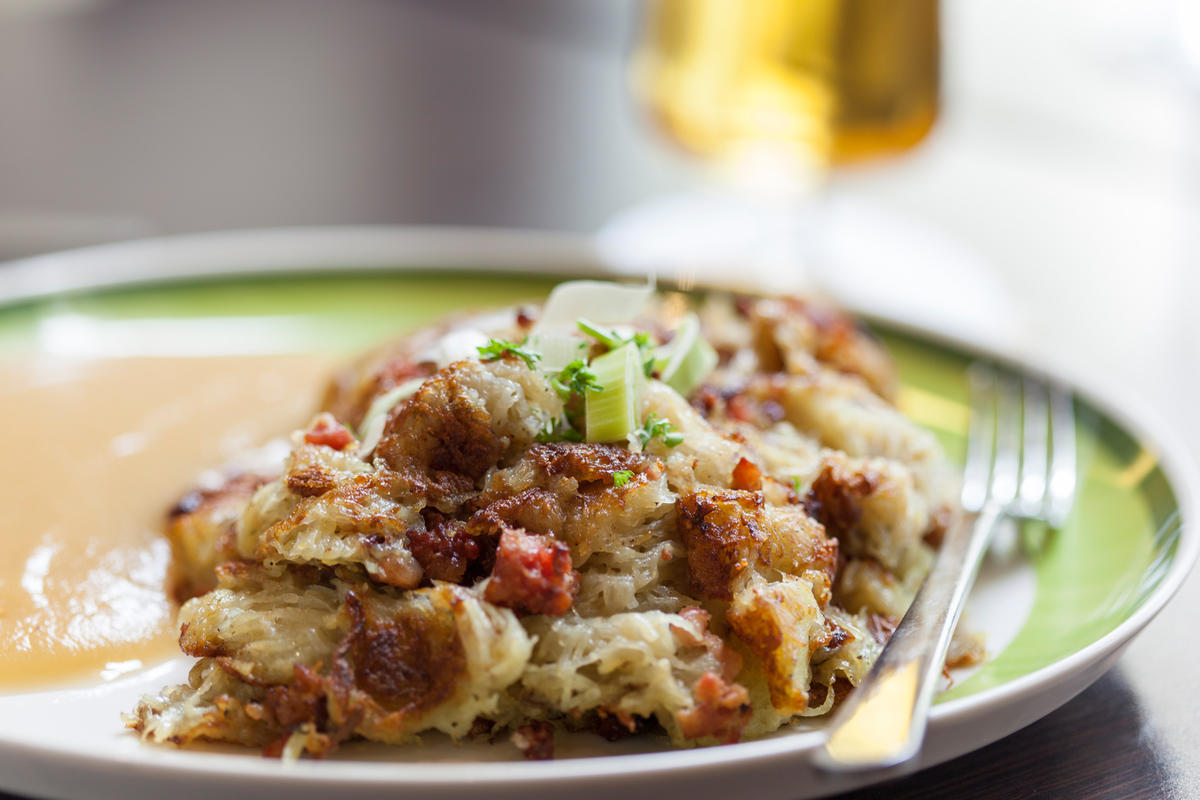 Barbecue is also ever popular here, and not just the food, but the social component. It’s a point of pride and something the locals love to share. Something else they love to share? Their wine.

Saarland is part of Germany’s most well-known wine-growing region, so naturally wine, mostly of the apple variety, is a large part of dining in Saarland.

Oh, Dresden Christmas Stollen! This delectable baked good is a quintessential part of the holidays in Germany, and Saxony is the main exporter of it. Made from dough, butter, dried fruit and dusted with sugar, Dresdner Christstollen can only be found here and is marked with a special seal. 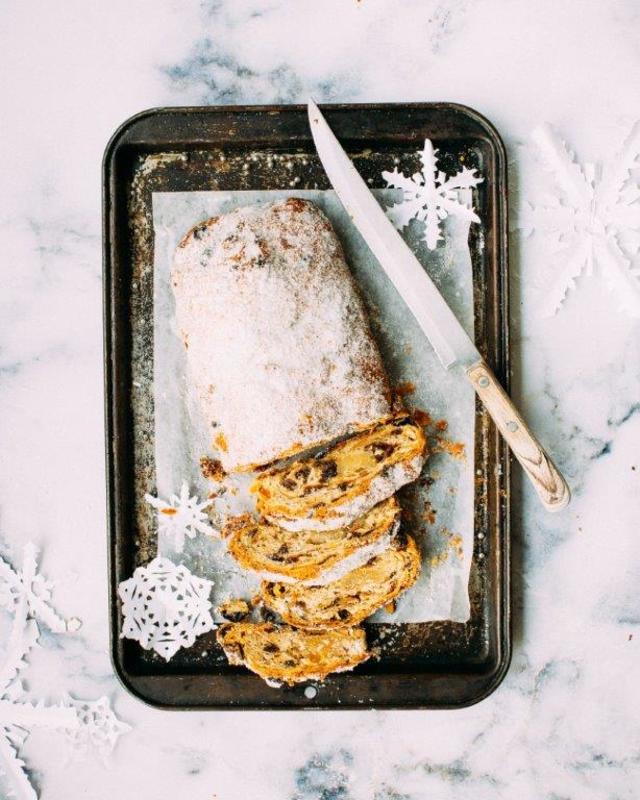 More on the savory side, Saxon potato soup is commonplace here. It’s rich and creamy and usually topped with bacon and scallions. Beer goulash from Radeberg, Radeberger Biergulasch, makes the menu in plenty of restaurants, too. As the name suggests, the meat, flour and garlic are sauteed with a mixture that relies heavily on beer for its delicious flavor.

In May, locals flock to a festival just for the region’s green sauce. It is usually served with potatoes and eggs and accompanied with a glass of apple wine. The herbs used in a proper green sauce are best found in Hesse, and they’re sold there for visitors to take with them should they try to make it on their own. 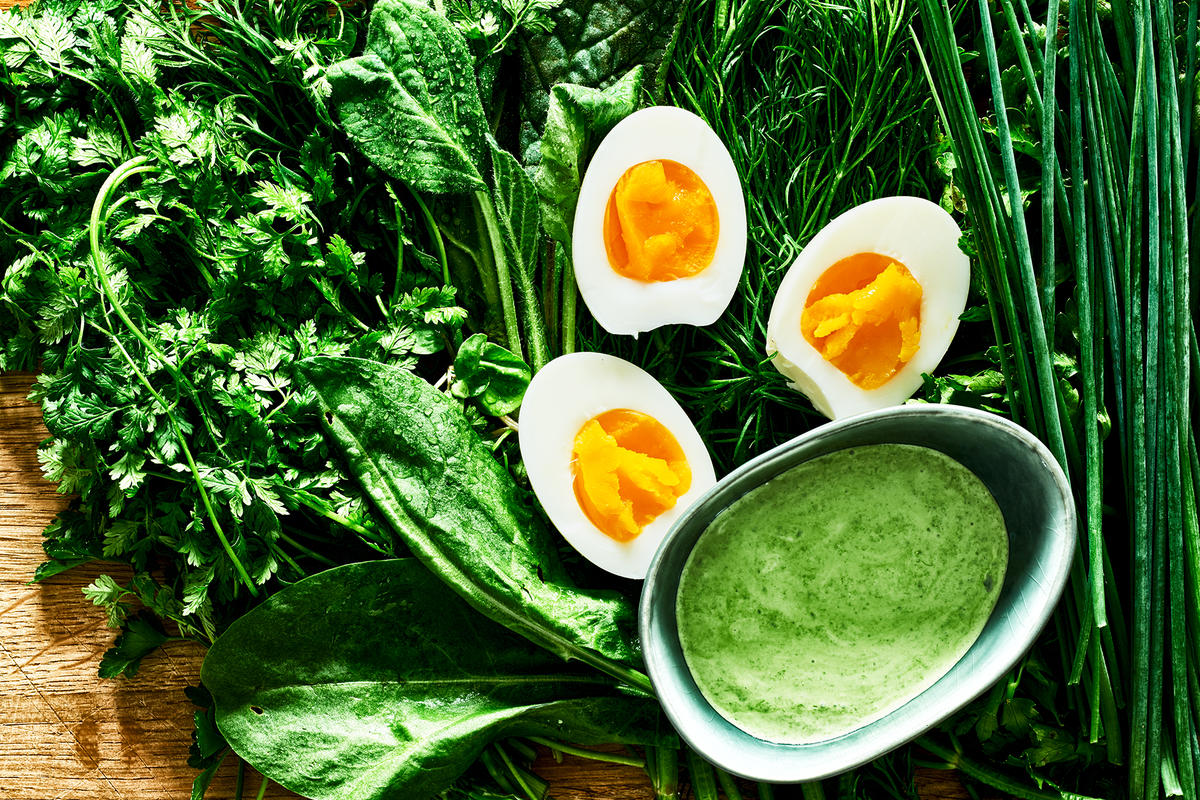 Bethmännchen cookies, made from marzipan, almonds, sugar and rosewater are a regional speciality, dating back to the middle ages.

Much like Baden-Württemberg, asparagus plays a large role in spring dishes. The white asparagus, available for a mere six weeks in the spring, is a hot commodity and used in a plethora of dishes. Cheese from the Harz region, a strong cheese often served with bread, salt, pepper and onion, acts as a regional speciality. 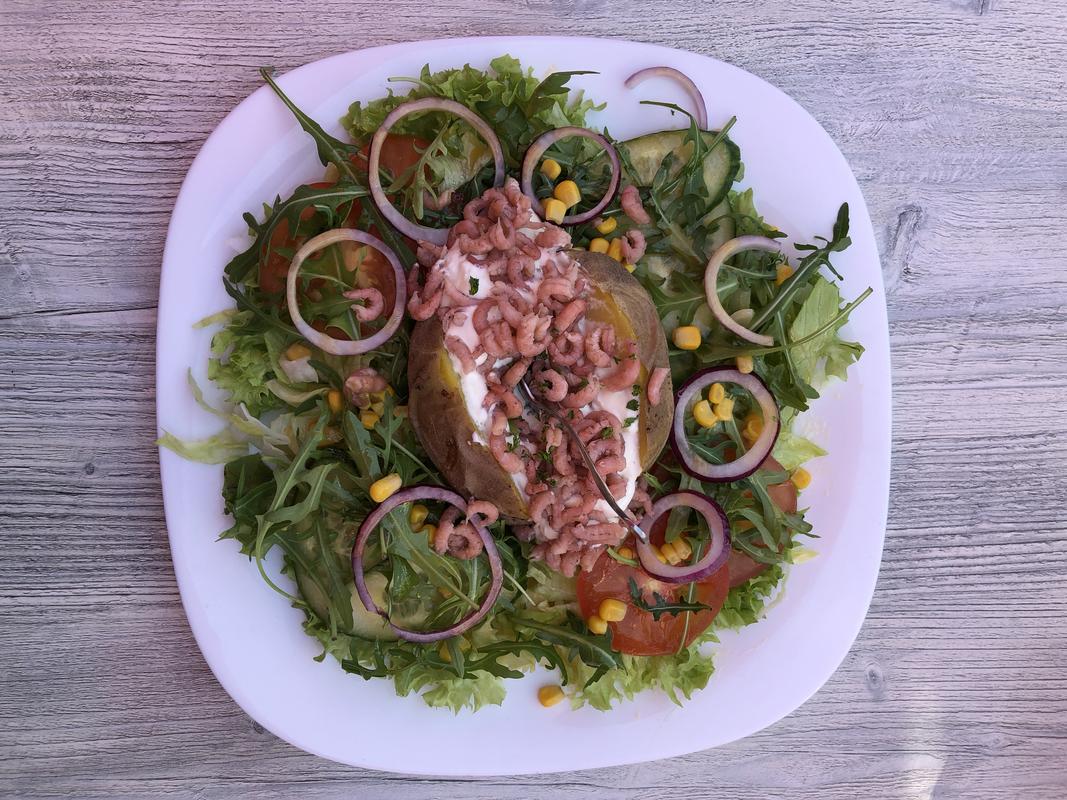 Beer here dates back nearly 600 years, so it’s fair to say Lower Saxony was an integral part of bringing the love of beer to the German people.

With Hamburg being a port city, you can probably guess what they might specialize in. If you guessed fish, you’re right. And they just do it so well. Their speciality is pan-fried fish served with fried potatoes and mustard sauce. It dates back centuries, and has remained a firm staple in the culture of Hamburg. 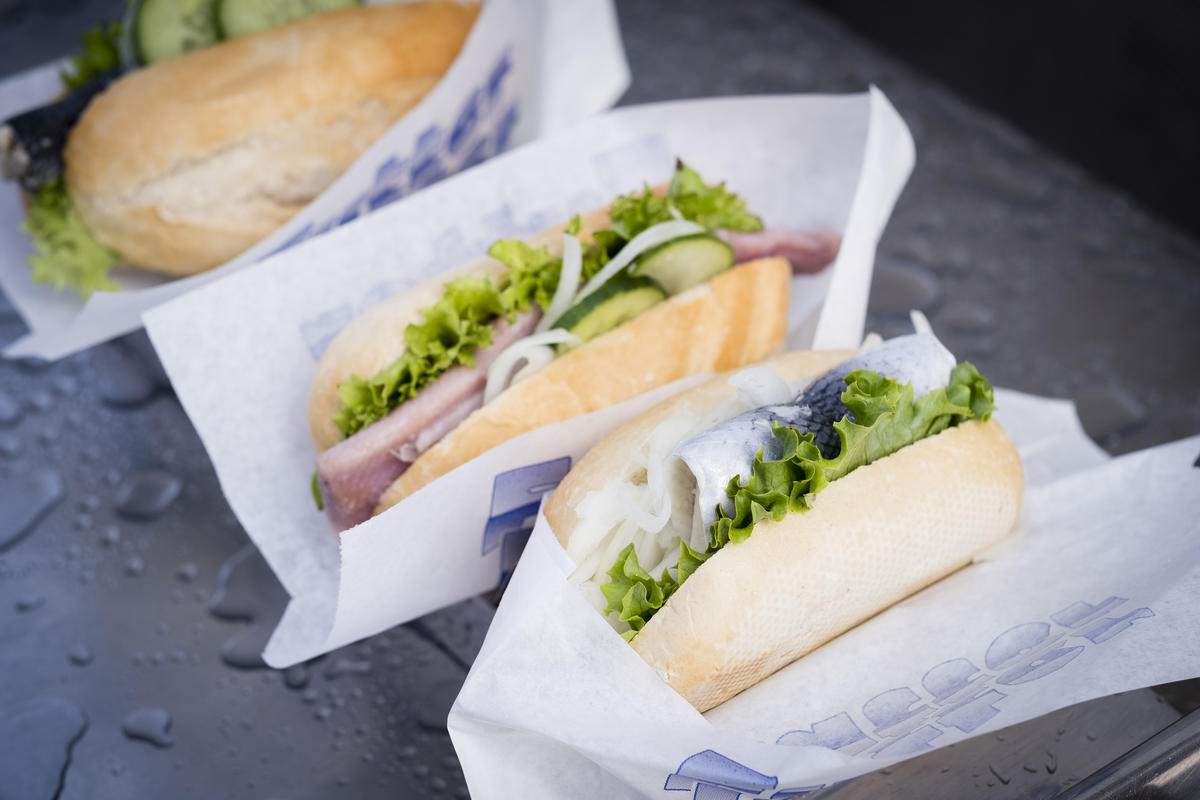 The rote grütze, often made from red summer berries, is a sweet treat served with milk, ice cream or vanilla sauce. It’s consistency is somewhat gelatin-like, and depending on the berries used, the color can vary from bright red to blue or greenish.

Franzbrötchen, or french rolls, are only found in Hamburg. These sweet pastries are reminiscent of croissants, and made with plenty of butter, you can also find them jazzed up with marzipan or chocolate.

Plantain-stuffed pig stomach. You read it right. And if so many people consider it a specialty, it’s definitely worth a try. It’s made with sauerkraut and potatoes, but can be made with mushrooms and garlic, as well.

Liver and dumplings or fried potatoes are often found of menus across this region. For something a little sweeter, try the notoriously wonderful plum cake. It’s a moist cake thanks to the plums it’s topped with and then those are topped with buttered sugar crumbs. We can’t think of a more delectable, fresh dessert.

Holsteiner Katenschinken, smoked ham with flavor from curing in weeks of beechwood smoke, is a point of pride here. This ham is served during the summer alongside a fresh vegetable soup of carrots, beans and kohlrabi, a german turnip.

This northern region of Germany is also known for its beer, pilsners specifically. You really can’t go wrong with a good pilsner.

The love of bratwurst here dates back nearly 600 years, so that’s us saying “try it here!” It’s a protected delicacy and must meet the highest standards. So really, get it in Thuringia. Potato dumplings are another dish for which Thuringia is known and loved. It’s up for debate whether Saxon of Thuringia created and perfected the dumpling, but it’s fair to assume some recipes are held tight for safekeeping. 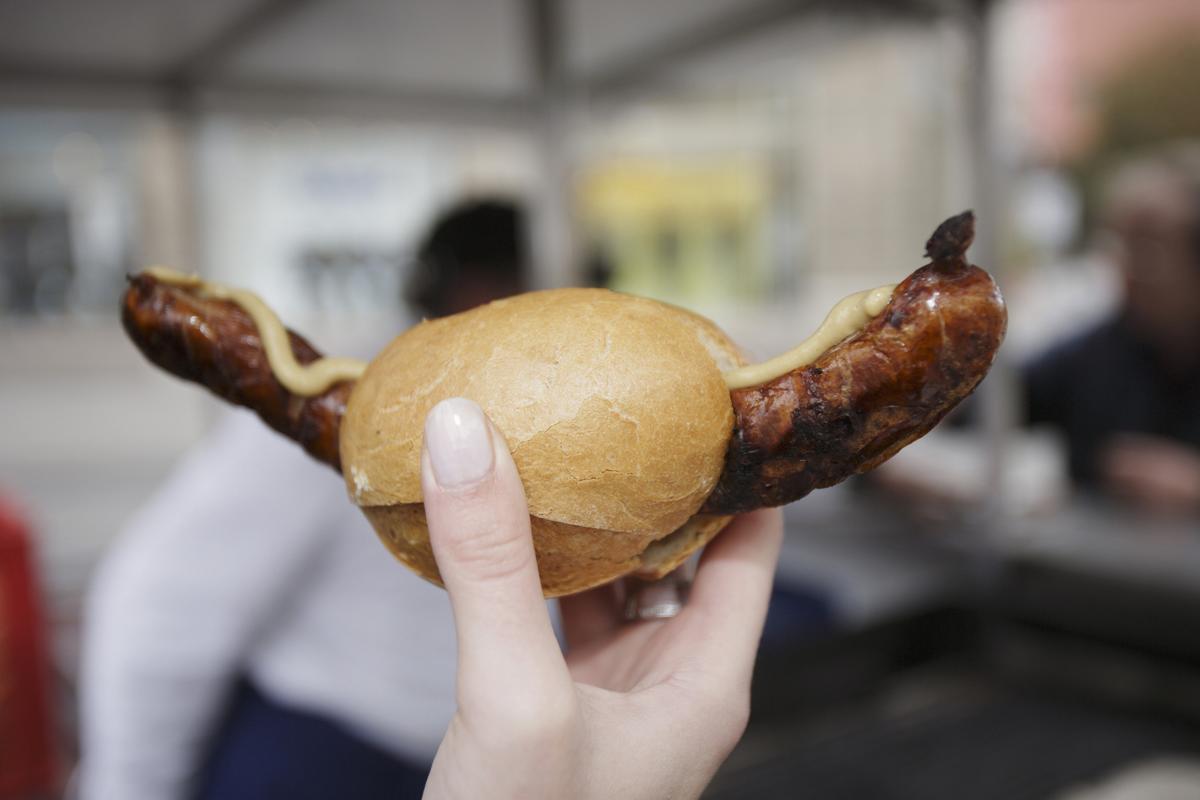 It’s not hard to eat your way through Germany, with all its various specialities and Michelin Star restaurants, but it will be hard to leave and eat a meal elsewhere for quite a while.